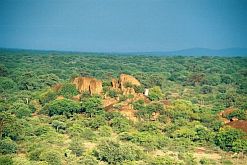 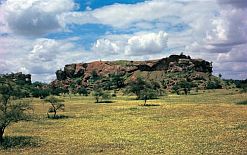 South Africa added a sixth biosphere reserve to its tally when the Vhembe region of Limpopo province became one of 22 newly proclaimed by the United Nations Educational, Scientific and Cultural Organisation (Unesco).

The 22 new biospheres, located in 17 countries, were added to Unesco’s World Network of Biosphere Reserves during the 21st session of the International Coordinating Council of the Man and the Biosphere programme. The total now stands at 553 sites in 107 countries.

Unesco’s Man and the Biosphere programme addresses the impact of man on the environment by studying the social, ecological and economic implications of biodiversity loss. It then takes steps to minimise this loss through sharing of knowledge, research and monitoring, education and training, and multilateral decision-making.

Biosphere reserves are nominated by their governments for inclusion to the Man and the Biosphere programme.

Whether they are terrestrial, freshwater, coastal and marine in nature, all are experimental areas where different approaches to integrated environmental management are tested. This is important as it helps to deepen our knowledge of what works in conservation and sustainable development.

With South Africa celebrating National Environment Month in June and focusing on climate change and the attitude of citizens towards the environment, the biosphere project takes on an even greater significance.

Various activities are planned throughout the country to mark the occasion, including campaigns to boost awareness of the need for sustainable living, much tree planting, and conferences, workshops and information sessions.

A number of important environmental commemorative days are held around the world during June. World Environment Day falls on 5 June, while World Oceans Day is celebrated on 8 June and World Day to Combat Desertification falls on 17 June.

The other new world biosphere sites range from the sacred Mount Myohyang in the Democratic People’s Republic of Korea, to the tiger reserve of Similipal in eastern India and the island of Fuerteventura off the coast of Spain, and Australia’s Great Sandy marine area.

The new addition is situated in the northeast of Limpopo province. It is famous not only for its bird and animal life, but also for its rich cultural history, dating far back to the awe-inspiring rock paintings of the San people. Vhembe encompasses the ancient African kingdoms of Thulamela and Mapungubwe. The latter is one of South Africa’s eight world heritage sites and was inscribed on the Unesco list in 2003.

Vhembe includes the northern part of the Kruger Park, the Makuleke Wetlands, which are protected under the international Ramsar Convention, the Soutpansberg and Blouberg bio-diversity hot spots, and the Makgabeng Plateau, which boasts hundreds of rock art sites.

Economy in the region is driven mainly by agriculture. As it falls into the subtropical belt of the country, crops are usually fruits and vegetables. There is also a substantial cattle farming industry.

Vhembe is preceded by five biosphere reserves that cover an amazing diversity of landscapes, plants and animals.

The 100 000ha Kogelberg reserve on the country’s southern coast sits in the middle of the world heritage Cape Floral Region. Home to an extravagant 1 880 different plant species, 77 of which are found only in this region, the Kogelberg is richer than the South American rainforest in terms of sheer biodiversity. Economy is boosted by apple farming, commercial pine forests, and tourism.

The Cape West Coast biosphere reserve starts in Cape Town in the southern suburb of Diep River and stretches up the west coast as far as the Berg River. Also encompassing parts of the Cape Floral Region, the reserve includes the Ramsar-protected Langebaan lagoon as well as Dassen Island, a penguin colony. The Koeberg nuclear power station falls within its boundaries. The main economic activities are fishing and agriculture.

The Cape Winelands biosphere reserve includes a part of the Cape Floral Region as well as the world-famous wine-growing region. Here, too, lie the historic settler-founded towns of Stellenbosch, Paarl and Franschhoek. Agriculture and tourism are the main sources of income.

In the northern reaches of South Africa lies the Waterberg biosphere reserve, an area of some 400 000ha in Limpopo. It is an important catchment area for the Limpopo Basin, with four large rivers originating within its borders – the Lephalale, the Mokolo, the Matlabas and the Magalakwena Rivers. San rock art abounds, as does the flora and fauna of the area. The main economic driver is tourism.

The Kruger to Canyons biosphere reserve is so named because it stretches from the Kruger National Park to the spectacular Blyde River Canyon. It is an important conservation area in South Africa because it also covers three biomes, or communities of plants and animals living together in a certain climate – the Savannah woodlands, montane grasslands, and forest. The economy revolves around mining activities, forestry, and fruit and vegetable farming.