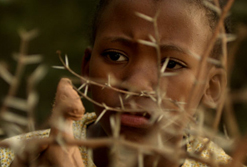 A still from The Tunnel by South African
filmmaker Jenna Bass. The film is a
drama seen through the eyes of a
10-year-old girl set during Zimbabwe’s
Matabeleland uprisings of the 1980s. 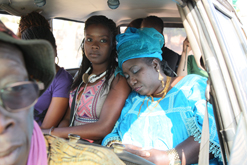 A scene from the road-trip movie N’Dar by
Dyana Gaye from Senegal. 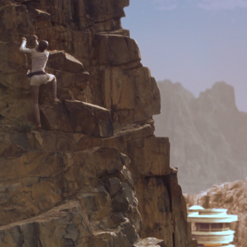 Pumziby by Kenyan Wanuri Kahiu is a
post-apocalyptic science fiction film set
during a “water war” in Africa. 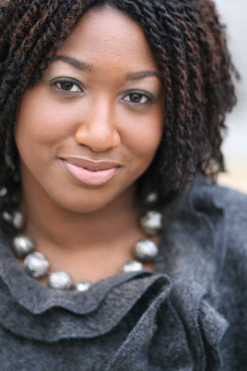 A groundbreaking US initiative to develop and showcase African film talent is set to put the continent’s filmmakers on the fast track to success.

Africa First, the brainchild of New York-based film producer Kisha Cameron, is a project run in partnership with big time United States movie distributors, Focus Features, to “find new voices, new talent on the continent – people who have something to say,” says Cameron.

Focus Features’ movies include A Serious Man, Coraline, 9, Brokeback Mountain, Burn after Reading, Milk, Atonement and Catch a Fire, to name a few.

The Africa First initiative runs a competition each year, choosing five winning scripts from across Africa and then helping the filmmakers develop their scripts into short films. Winners get US$10 000 (R76 700) to help make their films, a weekend in New York to workshop them first with a panel of advisors and the opportunity to get their films showcased at all the major American independent film festivals. The advisors are a group of top African filmmakers who have also worked in North America and the United Kingdom.

Cameron, who has just returned from the Sundance Festival in Utah, is upbeat about the reception the Africa First 2008 winning films – which went into production last year – have just received there.

Three of the five movies, all directed by women and also showcased at a screening in Manhattan late last year, went on to Sundance. The three – The Tunnel by South African Jenna Bass, Pumzi (Breath) by Wanuri Kahiu of Kenya, and N’Dar (Saint Louis Blues) by Dyana Gaye from Senegal – were all well-received at Sundance, says Cameron.

The Tunnel is a moving, lyrical drama seen through the eyes of an imaginative 10-year-old girl on the traumas she experiences at the hands of President Robert Mugabe’s ruthless Fifth Brigade during the Matabeleland uprisings of the 1980s.

Pumzi is an original, post-apocalyptic science fiction story set during a “water war” in Africa, now a desert, about a young woman’s secret struggle to grow a plant.

N’Dar is a quirky and jolly road trip musical set in Dakar, a retro tribute to French and American musicals of the 1950s and 1960s.

“The screenings went very well,” says Cameron. “There was a great deal of interest – and surprise,” she adds. “When people see the diverse range of films – a drama, a musical and a sci-fi – each very well executed, fresh and surprising, they say ‘Wow, this wasn’t what I was expecting from short films from Africa’.”

Speaking from South Africa, Bass, a Zimbabwean, said Africa First gave her the structure to get The Tunnel made, the opportunity to work with filmmakers and the “confidence to fight for what was an often-difficult project”.

Bass, who is pursuing several other film projects, said she felt “incredibly fortunate” to be a part of a group of African filmmakers. This “has given me hope for the cinematic future of our continent”, she adds. Her trips to New York and Utah gave her an introduction into “the way the US industry operates,” she says. She also met people who expressed interest in her work and who are following its progress.

Kahiu is currently turning her short film, Pumzi , into a feature.

When Africa First put out their first call for scripts in June 2008 “it was like water being soaked in the soil,” says Cameron. “We were saturated with applications. Since then it’s been tremendously exciting.”

Cameron says the relationships cultivated between Focus Features and African filmmakers cut both ways. While the filmmakers retain the overall rights to their films, Focus Features gets the North American rights as well as “first look” should they be turned into features. “We are trying to make it a mutually beneficial project. It’s not just about ‘us helping you’. We’re not saying, ‘Here’s the money. Go with God.’ We really want to develop a relationship. We want to work with you.”

The films are good enough to get where they need to on their own, says Cameron. “What we are doing is putting the icing on the cake. The talent is there. We are providing a platform to showcase it,” she says.

Cameron has her own film company, Completion Films, and helped produce Spike Lee’s Bamboozled as well as Sometimes in April , an HBO film on the 1994 genocide in Rwanda. She is currently working on two films: The Fighting Prince , directed by Norman Maake, about South African boxer Arthur Mayisela, and Area Boys , a Nigerian film written by leading playwright Oladipo Agboluaje.

The Africa First advisors together have a wealth of experience on making film and television productions on the continent.

Givanni programmed the Toronto International Film Festival’s Planet Africa series for four years. Another advisor, Clarence Hamilton, is production head at the South African National Film and Video Foundation. Hamilton was head writer of the first season of children’s TV series Takalani Sesame. He was co-creator of the HIV drama Gaz’lam and head writer for Soul Buddyz . Other advisors include Mahen Bonetti, the director of the African Film Festival; journalist and documentary filmmaker Jihan El-Tahiri; Pedro Pimenta, manager of training programmes throughout South Africa; and Keith Shiri, director of the Africa at the Pictures film festival in the UK.

The five winning Africa First filmmakers from 2009 are: Stephen Abbott (South Africa), Matt Bishanga (Uganda), Daouda Coulibaly (Mali), Matthew Jankes (also South Africa) and Rungano Nyoni (Zambia). Their films are now being made and should be ready for screening later this year. The round for this year’s submissions will open in May or June.