Triggerfish Animation, the studio behind South African animated features Adventures in Zambezia and Khumba have partnered with Disney and the dti to develop and showcase new original storytelling talent from Africa. 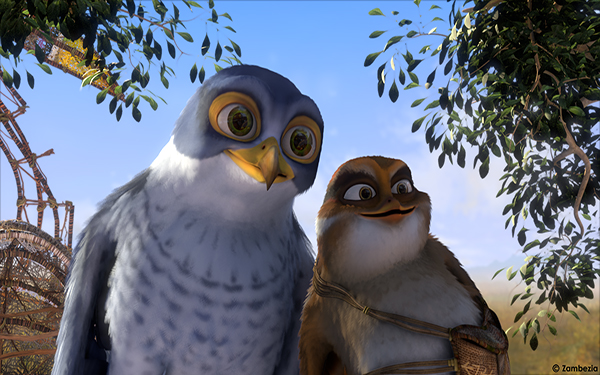 Triggerfish’s Adventures in Zambezia (2012) is one of the top 5 highest-grossing South African films of all time (Image: Triggerfish Animation Studios)

Cape Town-based Triggerfish Animation Studios has partnered with the Department of Trade and Industry (dti) and the Walt Disney Company, for Story Lab, a project that will guide, train and promote new, upcoming creative talent and original story ideas for film and television. Triggerfish will be investing $3.5 million over three years in Story Lab, with plans to release the new productions over the next 4 to 8 years.

Story Lab is now open for idea submissions from writers, animators and other innovative creators over the age of 21 from across Africa. Submissions close on 31 August 2015.

Idea proposals will be judged by a team of media and creative specialists from Disney and Triggerfish, as well as Peter Lord, creative director for Aardman Animations, Jonathan Roberts, writer of the Lion King and South Africans, writer Gcina Mhlope and comedian David Kau.

The top six ideas will be chosen and then developed into full projects. Selected storytellers will potentially have their concepts developed into episodic TV content or an animated feature film for the global market.

During the development process, Triggerfish will provide financial support, workspace and guidance from the company and its consultants. Also included in the program is a two-week mentorship program with Disney’s animation and marketing teams in Burbank, California.

“We are excited to be supporting Triggerfish on this innovative project,” says Christine Service, senior vice president of The Walt Disney Company (Africa). “We believe Story Lab provides a unique opportunity to discover this continent’s next generation of storytellers.”

“The Story Lab will be a great catalyst for African creativity on the global stage,” says Triggerfish CEO Stuart Forrest. “We look forward to opening up the Triggerfish production platform and our networks to the continent’s top creative talent.”

Established in 1996, Triggerfish has been called the “Pixar of South Africa” for their strong emphasis on storytelling and world-class animation in their impressive showcase of short films and commercial work, as well as their two flagship feature films.

Adventures in Zambezia and Khumba are among the top 5 highest-grossing South African films of all time, and screened in more than 150 countries, in over 27 languages.

Full guidelines and an online application form can be found on the Triggerfish website.