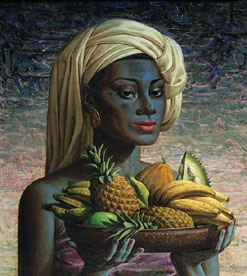 The striking Fruits of Bali sold for a record
R3.7-million at an auction in Cape Town.
(Image: Stephan Welz & Co Auctioneers) 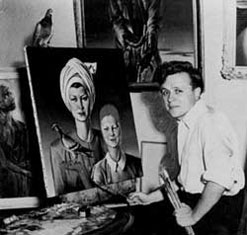 The artist Vladimir Tretchikoff with some
of his works.

Auctioneers Stephan Welz & Co, in association with Sotheby’s, sold off R27-million ($3.3-million) worth of artworks at the May event, the second highest total ever reached at a Cape Town auction.

The iconic self-taught Russian was one of several artists whose works went under the hammer. Buyers vied for pieces by other well-known South African such as Pierneef, Irma Stern and Gerard Sekoto, who had four previously unseen works from a European collection up for sale, including a small oil painting titled Girl Sewing, with a pre-sale estimate of R200 000 ($25 000). In total over 1 000 lots were available, of which 94% were sold.

Bidding was reportedly enthusiastic, with six buyers on the phone, a number of offers from the floor and several absentee bidders showing interest. Applause broke out as the gavel came down on the sale. The winning bidder was present at the sale, but will remain anonymous.

Vladimir Grigorievich Tretchikoff was born in 1913 into a wealthy family in Petropavlovsk, northern Kazakhstan. When the Russian Revolution broke out in 1917 the family fled to China. Tretchikoff took up painting, received his first commission at the age of 16, and had his first solo exhibition in Singapore at 20.

Tretchikoff, who was known mostly by his last name, married in 1935 and had a daughter, Mimi. The family settled in Singapore soon after. However, when the Japanese invaded the island in 1941, the artist’s wife and daughter were forced to evacuate and he was taken prisoner. Years later he was released and tracked down his family in South Africa. In 1946 they reunited and settled in Cape Town.

His first exhibition at the Maskew Miller gallery in 1948 was a huge success, if not a critical one, with 12 000 people passing through the doors in 11 days. There was no mediocre reaction to Tretchikoff’s works: his paintings of mysterious women and fallen flowers were either loved or reviled.

Over the next 15 years Tretchikoff exhibited in the US, Canada and England, cementing his reputation as one of the best-selling artists. During his career he notched up 252 international exhibitions which were attended by almost 3 000 000 people in total. Today there are countless numbers of his paintings’ prints in circulation.

Tretchikoff’s Chinese Girl (1950) is reported to be one of the top three best-selling art prints ever. The blue-skinned beauty depicted in the work was revealed to be a Cape Town teenager who was working in her uncle’s laundromat at the time.

For reasons unknown, Trechikoff himself maintained that the Chinese girl was the daughter of a restaurant owner he met in San Francisco, until the real story was uncovered. According to Tretchikoff’s daughter, the original painting was bought by a woman from Chicago, and neither she nor the painting have been heard of since.

Tretchikoff retired from selling and exhibiting in the 1970s but continued to paint until a stroke in 2002 left him progressively more frail and unable to work. He died on 26 August 2006 at the age of 92.

Not everyone is a Tretchikoff fan. The artist was widely scorned among critics for his “kitsch” style but had massive public appeal nonetheless. Tretchikoff himself was known for his brimming self-confidence and tersely dismissed his critics, saying, “They are all failed artists anyway.”

He worked in oil, watercolour, ink, charcoal and pencil and painted hundreds of portraits and still lifes, mainly of flowers and animals. His other notable works include Weeping Rose, Balinese Girl, Miss Wong, Blue Monday and The Dying Swan. 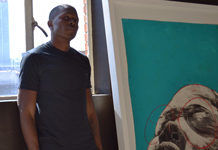 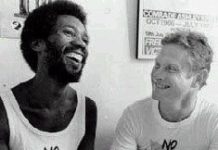 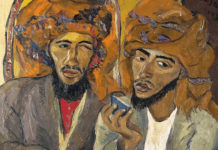