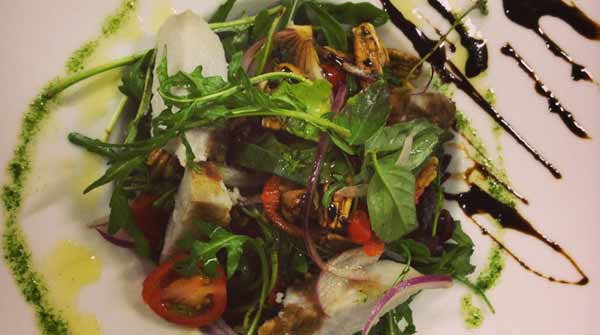 The festival will also create a platform to support women in small, medium and micro enterprises, development and mentorship. (Image: The Mzansi International Culinary Festival)

A fusion of African and European cuisine will be a feast for the eye and a temptation for the taste bud at the inaugural Mzansi International Culinary Festival, taking place from 7 to 10 August. It has been planned to celebrate the culinary expertise of female chefs from across the globe – Europe, the Americas, Africa and Asia.

Festival public relations manager Ncami Sithole says: “The aim is to open dialogue around the lack of women in culinary leadership; create opportunities for young women in the food industry and those who wants to get into the industry; facilitate skills development and transfer; identify an authentic South African cuisine; and acknowledge and celebrate the culinary arts.”

It will also provide a platform for women in Africa. “It’s crucial to discuss the role of women in the food industry from farm to fork,” she adds.

There will be four food talks daily at the festival. Topics will include food security and sustainability, feeding the nation especially its children, and women in food media. It is expected to “air challenges that women face in the hospitality industry, take these and present them to the minister in the Department of Small Business Development and UN Women, who may assist us with issues of policy and advocacy”.

The festival will also create a platform to support women in small, medium and micro enterprises, development and mentorship.

In an attempt to promote South African cuisine internationally, the festival began with an exchange programme between Johnson and Wales University in New York and Africa Meets Europe, facilitated by the South African Consulate in New York City.

In June, the festival hosted 20 students and held four lecturers, introducing them to the country’s culinary aspects, schools and food in Western Cape and Gauteng. It will be followed by a programme taking 20 aspiring African female chefs and caterers to New York in November to participate in a two-week exchange course facilitated by Johnson and Wales and the Black Chefs Alliance, among others.

Two distinct events will take place on day one, 7 August: a Culinary Industry Talk will be held at the University of Johannesburg’s School of Tourism and Hospitality; and a competition for female student chefs. The first will be open to industry professionals, lecturers, caterers and those looking to get into the food scene.

The second will be a closed event. It will be aimed at creating the best South African-inspired recipe and is scheduled to take place at the Prue Leith School of Food and Wine, in Centurion, Tshwane. Three female students will be selected from Eastern Cape, KwaZulu-Natal, Gauteng, Limpopo, Western Cape, Free State, Northern Cape, Mpumalanga and/or North West to compete.

Judges will include Black Chefs Alliance chef Danielle Saunders; chef Kimberly Brock Brown from South Carolina, UN; and chef Darina Allen of Ballymaloe Cooking School, Ireland; as well as three sommeliers hosted by head sommelier Welile Botha. The winner will be announced at a gala dinner on 8 August at the Mayoral Reception Hall in Johannesburg.

Day two of the Mzansi International Culinary Festival will be the official start of the festival. Doors will open at 10am and close at 5pm. The event will be held at the Braamfontein Recreational Centre in Johannesburg, and will be followed by the gala dinner. Various food discussions will take place; in one, panellists Allen, Mpume Mqwebu and Ska Mirriam Moteane from Lesotho, and chef Rougui Dia from Paris will talk about food security and sustainability.

Other food discussions on the day will be on feeding the nation and its children; training and funding for the food industry; and culinary tourism.

These will be followed by the gala dinner. Starting at 6pm, the theme will be “Cooking for Change”. Some of the keynote speakers will include Phumzile Mlambo-Ngcuka, the head of gender equality organisation at UN Women and the former deputy president of South Africa, as well as Elizabeth Thabethe, the deputy minister of small business development.

On day three there will be an Edible Art Exhibition by pastry chef Janice Wong. Tasting stations will be set up and a Hot Kitchen session will be hosted by Dia. The last day of the festival will be largely focused on women in business and women in food media.

Tickets can be bought via Computicket. Gates at the Braamfontein Recreational Centre will be open from 10am to 5pm.