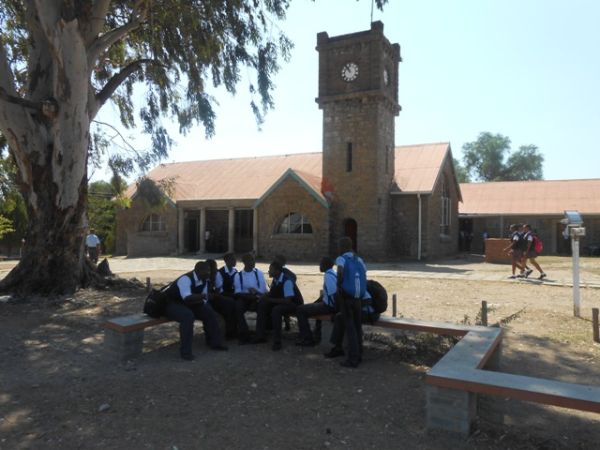 The clock in the tower behind these Tiger Kloof pupils was a gift from the Great Khama. (Image: Mark Boobbyer)

Situated on the outskirts of Vryburg, Tiger Kloof – named after a stop on Cecil John Rhodes’ mooted Cape to Cairo railway – is a school with a rich African history.

It has been many things since it was first established in 1904 – a missionary school for the Batswana elite, a source of irritation to the apartheid government, a farm and a government school for the impoverished students of Vryburg. What it has done best is demand excellence from all its pupils.

Over the years, Tiger Kloof developed into one of the top schools for the elite of what became Botswana. When the country gained independence in 1965, its entire first cabinet was made up of old Tigers. The first two presidents, who governed for a total of 33 years – Sir Seretse Khama and Sir Ketumile Masire – were also former students of this school in rural North West Province. Among other illustrious alumni are Dr Ruth Mompati, former South African ambassador to Switzerland and ex mayor of Vryburg, and Motsamai Mpho, a veteran of Botswana politics and one of 67 men who stood trial with Chief Albert Luthuli for treason.

As Masire said recently: “One day, Botswana will build a memorial to Tiger Kloof.”

Bumping over the railway tracks towards the gates of Tiger Kloof, visitors pass a foundation stone laid by its London Missionary Society founders. “No one can lay any other foundation than that already laid, which is Jesus Christ,” it reads. It is the guiding spirit that has helped the school rise, fall and resurrect itself. It is a lesson the people of Botswana understand perfectly; faith leads to action.

A plea by the Batswana royal house to Queen Victoria for a school to educate the elite led to the arrival of the Reverend WC Willoughby of the London Missionary Society (LMS) in Bechuanaland. Though he was Christian, the Batswana leader, Khama the Great, distrusted the intentions of Willoughby and refused him permission to build a school within the borders of what would become Botswana. Willoughby had to travel 300 kilometres south to build on an open piece of veld on a stop of the Cape to Cairo railroad. As Moeding, or “the place of running water” as the school was called in Setswana, grew it became a centre of academic excellence with a teachers training college, as well as an industrial and Bible school.

Aubrey Lewis was the headmaster in 1953 when the South African government passed the Bantu Education Act. The pacifist LMS pastor believed that the Act, which wanted to keep black Africans as simple hewers of wood and drawers of water, went against his and the school’s Christian principles. For two years the missionaries tried to walk a line between the government policy and their own conscience before finally leaving. Tiger Kloof lurched along as a government school until 1962, when students rioted, burning down the original boys’ hostel. Today the school’s new media centre is built on the foundations of that building.

Prime Minister Hendrik Verwoed took a personal interest in this “black spot” of a school and shut it down in 1966. The land was sold cheaply to a local white farmer in return for a promise that he would destroy all the buildings on the land. The buildings were all built using stone quarried on the land in the style of the missionary stations that dotted Africa – sturdy, beautiful buildings that were meant to celebrate the glory of God. The farmer who bought the land could not bring himself to tear them down; instead he used them to house his cattle or just neglected them.

For 30 years they crumbled from neglect until David Matthews, headmaster of Maru-a-pula school in Gaborone, wondered about the history of the derelict buildings he passed as he drove along the N14 to Botswana. Discovering the rich, deep connections between Tiger Kloof and Botswana, he pushed prominent old Tigers in Botswana to help resurrect the school.

In his speech at the school’s re-opening in 1995, Archbishop Desmond Tutu, whose mother had attended Tiger Kloof, expressed the hope that the school would once again produce the next generation of leaders. “Leaders who will lead their communities while holding firmly to the values that they have learned at Tiger Kloof.”

It has hardly rained in Vryburg for two years, not till today – 5 February – that is, when the sun stayed hidden behind foreboding grey clouds. The sky opened and a deluge covered the town, turning streets into streams and playing fields into ponds. It’s late in the morning and pupils at Tiger Kloof are dancing across the torrents streaming down into the quarry on the school grounds. They laugh as they race through the running water, with pants turned up to their knees. The delighted children take pictures of themselves and their friends as they jump off the planks laid over the streams and into the water.

Many of the school’s students come from Vryburg’s impoverished Huhudi settlement and were unable to get to school. It has been a wasted school day says Mark Boobbyer, the school’s director. “No matter; we used the day to take the kids down to the quarry to look at the waterfall. Once the quarry has filled up we will use it as a classroom for our leadership and teambuilding classes.”

Tiger Kloof’s embrace of non-traditional subjects has created a climate that allows each student to grow to their potential. Since it re-opened as a government school it has steadily improved its matric pass rate, with a 100 % success in 2010. In its first year, the school had just 25 students; today it caters to 670 students from Grade R to matric, with about 180 boarders. There are pupils from 13 countries, but most of the students are drawn from the townships of Vryburg where unemployment is about 80%. The best of those students, those willing to work diligently and hard, are given bursaries.

Financing the school, which is uncommon because it is a government school on private land, is a constant challenge. Boobbyer explains that the boarders help to subsidise the day learners but, “to run the school we manage. To develop the school we need to fund raise.” 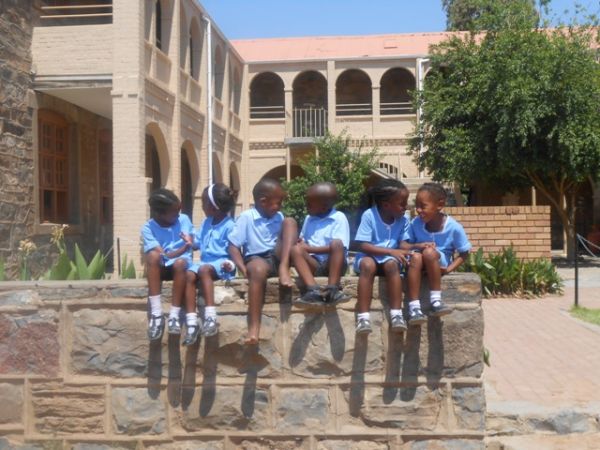 Decisions taken when the school re-opened have made it easier to tap into foreign funding and allowed students to travel, he says. It is a member of Round Square, a network of international schools, which allows Tiger Kloof to switch students and teachers through the network’s exchange programmes. Membership of Round Square and the Solon Education Fund also allows the school to tap into a stream of international donors.

Tiger Kloof embraces three principles that guide the spirit of teaching. First, because the school sits on 1 200 hectares of farmland, they teach the children to embrace the idea of sustainable living. Second, they expect students to get involved in the school’s service projects, including feeding people in their own settlements through the soup kitchens they run. Finally, the school’s association with Round Square allows the children of rural North West to interact with international students, which helps open their eyes to the world beyond their doors.

“In a few weeks I will be travelling to England with some students on a fundraising trip. We do cultural or sporting exchanges as well. It helps our kids realise how big the world is and they develop a sense that their dreams can be as big as the world,” Boobbyer explains.

Pupils come from 8 countries across southern Africa, all drawn by the school’s reputation. A big part of that reputation has been earned by the dedication of the teaching staff. They are drawn from across the globe and across creeds and race. But the school, in Boobbyer’s opinion, lacks male teachers, especially black men to act as role models for the children. Ideally, he would like to see former students come back to teach.

“I can’t overestimate the importance of having black male role models standing in front of a class, but teaching is not an aspirational profession for them. Tiger Kloof is such a special place, I think it would take someone who was a student here to understand and be able to pass on the values we hold dear.”

There are still deserted buildings on the grounds of Tiger Kloof, old ghosts that refused to die despite the best efforts of a hateful system. Boobbyer and his staff work tirelessly to win funding to build facilities to match the reputation the school has earned. “Tiger Kloof is like the mustard tree in the parable of Jesus. It starts small but grows to be the largest garden plant and all sorts of animals come and refresh themselves in its shade and branches.”