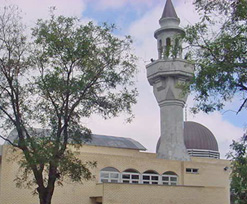 The Mosque of Mercy in Johannesburg
transmits the five-times-a-day Muslim call
for prayer via radio to its members in the
surrounding neighbourhood.
(Image: Lucille Davie, City of
Johannesburg)

With its modernist skylight, bouquet of metal arches reaching to the heavens and expanse of plush carpets, the Mosque of Mercy in Emmarentia is a monument to Islam’s aspirations in the new South Africa and the religion’s harmonious integration into the nation’s life.

But there is another reason why this house of worship is one of the most unique in the world.

No shouts of “Allahu Akbar,” the five-times-a-day Muslim call for prayer familiar the world over, emanates from the mosque’s minaret that towers over the leafy northern Johannesburg suburb.

Instead, in a radius of seven to 10 kilometers, small electronic receivers the size of a paperback novel crackle into life at the homes of mosque members with the hauntingly beautiful intonations of the Koran, the Muslim holy book.

On a recent morning the head of the mosque, Imam Burhaan Mia, was fiddling with the controls of the receiver at his home around the corner from the mosque.

“I found it!” shouted Mia, a compact, energetic man with a flowing beard. “It is channel five. It’s my wife who usually uses it because I am always at the mosque.”

The compromise that now sends the muezzin’s call to prayer to individual homes instead of the entire community is illustrative of the creative manner South African Muslims are integrating themselves into everyday life at a time when other parts of the world are engaged in the so-called “Clash of Civilizations” that has pitted Muslims against Christians and Jews.

“When we first proposed building the mosque here, there were serious objections, primarily about the noise,” Mia said. “Over a long period of discussion, we came up with the electronic solution.”

Muslim South Africans, who number about 1-million in a nation of 48 million, say they feel completely comfortable here, compared to some other parts of the world.

With his long beard, headscarf and traditional Pakistani-style kameez, Mia strikes a more-than-passing resemblance to Osama bin Laden, and gets uncomfortable looks when he visits places such as London.

“But I go to Sandton City and there is no second look,” he added, referring to Johannesburg’s largest and glitziest shopping mecca.

The vast majority of Muslim South Africans are of Asian descent. The first Muslims arrived here in the mid-1600s from Malaysia and Indonesia and, concentrated in the Cape Town area, are referred to as Cape Malay. Another wave of Muslims arrived about 150 years ago from the Indian subcontinent to settle in what is now KwaZulu-Natal, where their British overseers put them to work in sugarcane fields.

Under the apartheid system people of Asian descent, including Muslims, were relegated to their own neighborhoods in the outskirts of affluent suburbs. In those places, the call of the muezzin has always been a part of the fabric of everyday life.

Since the 1994 democratic elections, affluent Muslims have increasingly been moving into formerly exclusively white neighborhoods, where mosques were forbidden under the old system.

When the newly arrived Muslims wanted their places of worship in places such as Emmarentia, the result was not a civil war with longtime residents. Instead, the common ground has become the “Bilal Box,” as the electronic hailer is nicknamed. Bilal, the Ethiopian follower of the Prophet Mohammed, was the first muezzin.

South Africans Muslims, like all other Muslims, consider themselves part of a world-wide Muslim community, the Ummah, that ties people of Islam from Indonesia to Kosovo in a bond that goes beyond race and nationality. In light of that, the September 11 attacks stirred a great debate among Muslim South Africans. While a majority condemned the attacks, other voices noted the role of the West in exacerbating hostile relations with the Muslim world.

South Africa is one of the few places in the world where the threat of religious extremism is not part of everyday life. The type of road blocks, security checks and frisks before entering buildings that is common around the world is rare here.

This country, because of its unique history, the government’s sympathetic stand toward the Palestinian struggle, and the stature in which the world holds Nelson Mandela, has been spared from being a battlefront in the “War on Terror.”

For many Muslim South Africans, the struggle for a non-racial nation and religious commitment go hand-in-hand, said Inayet Ismail, a member of the Emmarentia mosque.

Ismail cited himself as an example. As a product of a devout Muslim family, in the 1970s, at the age of 15, Ismail began to memorise the 848 pages of the Holy Koran cover to cover. But history stepped in to change his life.

As a student at the height of the antiapartheid struggle, Ismail was swept into the battle and joined Umkhonto we Sizwe (“spear of the nation” in isiZulu), the armed wing of the African National Congress. After democracy, Ismail joined the new ANC government, where he still works.

But his unaccomplished teenage mission still gnawed at him. And now, at the age of 47, Ismail spends two to three hours a day memorising the Koran under the tutelage of the Imam Mia.

“This is a journey unaccomplished for me,” Ismail said. “It was the wish of my parents and, although they are no longer here, it is something I want to accomplish.”

On a recent day, for more than an hour, Imam Mia and Ismail sat on the floor in the deserted mosque, as Ismail recited page after page of the Koran, humming along for long stretches until his teacher would gently correct a word here, a passage there. 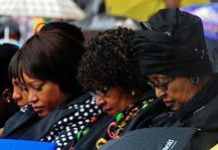 Women gather to pray for Mandela 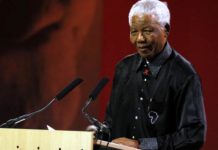 Tata, you are in our thoughts and prayers 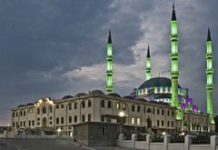