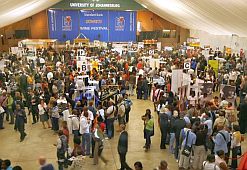 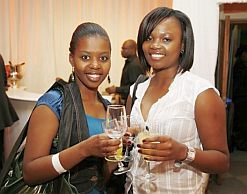 The Standard Bank Soweto Wine Festival, one of South Africa’s fastest growing wine events, will again tempt the tastebuds of wine enthusiasts in its fifth edition.

The event takes place on the evenings of 4 and 5 September 2009 at the University of Johannesburg‘s Soweto campus.

The Cape Wine Academy organises the event, while major financial services provider Standard Bank is the title sponsor, and has been so for the past three years. Other sponsors include South African National Parks, Johannesburg Tourism, the Cradle of Humankind, retail chain Pick n Pay Hyper, mobile provider Vodacom, and a number of prominent wine estates.

To celebrate the long and distinguished history of wine production in South Africa, which started back in 1659 when then-governor of the Cape Jan van Riebeeck produced the first ever batch of wine, this year’s festival has taken the theme of 350 Years of Superior African Wine.

“Wine is a big part of our South African heritage and has been for 350 years,” commented Cape wine master and Cape Wine Academy MD Marilyn Cooper, “and we will celebrate this Soweto-style at the festival.”

Tickets are available at various Pick n Pay Hyper retail outlets in Johannesburg as well as at the Morara Wine Emporium in Soweto and the Cape Wine Academy, and at the door on both evenings. For those with internet access, tickets may also be bought online at Webtickets.

The festival is the brainchild of Cooper, who devised the concept and launch. She continues to work behind the scenes with partner Mnikelo Mangciphu, owner of the Morara Wine Emporium.

“I believe that the Soweto Wine Festival is a ‘must-do event’ for every South African wine label,” said Mangciphu, “especially empowerment farms. Black wine enthusiasts come from all over South Africa, Africa and a few international visitors.”

To ensure the continued growth of the festival, Cooper pays careful attention not only to the sponsors, exhibitors and visitors, but also to communications around the event. If any of these four factors is lacking, the festival’s growth will decelerate.

As South Africa is one of the world’s major wine-producing nations, the festival was originally seen as a platform to introduce the world of wine to Soweto’s 3.5-million residents and to stimulate wine sales and economic growth of the region.

Many Sowetans belong to the rapidly expanding black middle class and wield a buying power of R180-billion (US$24-billion) – a market that retailers are rushing to tap into.

However, no previous knowledge of wine is needed in order to attend the festival. Several Cape wine masters offer wine education and tasting classes, which have proved very popular.

The festival has surpassed all expectation with regard to wine education – statistics collected by wine portal wine.co.za show that in the second year of the festival 43% of visitors could not name any type of wine. A mere two years later all of those polled had a special preference, with 37% favouring chardonnay.

Appreciation for the finer things in life has also risen, with wine lovers more willing to spend more money on buying their favourite bottle. In 2008 17% of respondents said they gladly spent over US$26 (R200) a bottle, compared to the 32% in 2006 who would not spend more than $13 (R100).

The Soweto Wine Festival has also enjoyed success in attracting more and more visitors, since the first edition in 2005 when 1 500 visitors trickled through the doors to view 82 exhibitors. In 2006 the festival moved to its present venue, bringing 88 exhibitors and 3 000 visitors. In 2007 the number grew to 4 225 visitors and 94 wineries and in 2008 there were 103 wineries exhibiting, and a record 4 635 visitors.

This number is expected to swell to about 5 500 in 2009, with over 110 wineries and more than 850 top-quality wines on show. Confirmed exhibitors include exciting wineries like Stellekaya, Thandi Wines – the first Fairtrade wine label in the world – Leopards Leap, and Black Pearl Wines, not forgetting old favourites such as Alto, Douglas Green, Meerlust and Nederburg.

According to festival organisers, the crowd is a mix of wine producers, retail suppliers both large and small, owners of supermarkets, restaurants and high-end shebeens (unlicensed drinking establishments), owners of spaza shops (tiny retail shops run from home) and corner-shops, and consumers.