South African political cartoonists such as Zapiro, Brandan and Jerm have been swift in condemning the fatal terrorist attack on 12 people at French satirical magazine Charlie Hebdo on 7 January, posting their own work protesting violence against freedom of expression and mourning the dead.

Jonathan Shapiro, who publishes under the pen name Zapiro, described the shooting as the “worst attack on journalism, satirists, the press, and all free thinkers in society that we have seen in recent times,” in an interview with the Mail & Guardian newspaper.

Zapiro is a globally respected and the recipient of numerous global awards for his work, including the 2007 Courage in Editorial Cartooning Award from the Cartoonists Rights Network. In 2008 the Media Institute of Southern Africa awarded Zapiro its Misa Press Freedom Award for his two decades of humour and satire in South Africa.

“I hope that it doesn’t have a further chilling effect on satirists, commentators and journalists; any free thinkers in society,” Zapiro said of Wednesday’s attack. “But I’m afraid that scenario is probably inevitable.”

He added: “Society in general and hopefully Muslim leaders in particular need to say that this is not what Islam is about and that this is not supported by the Islamic faith, to prevent any further spread of Islamophobia.”

View a selection of other South African cartoonists’ responses to the Charlie Hebdo attack: 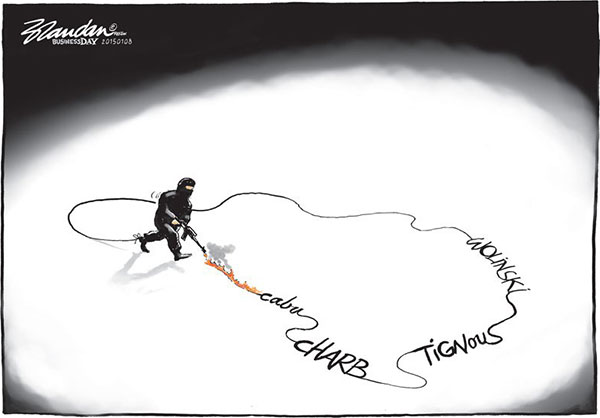 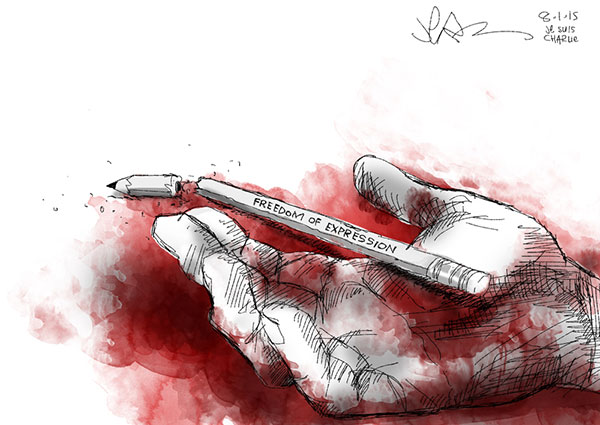 Jerm in the Daily Maverick 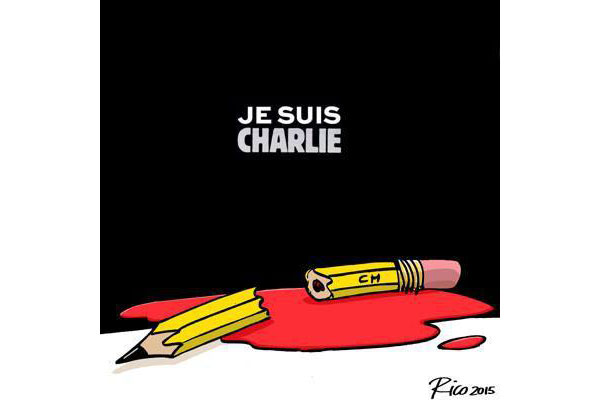