Ivan Vladislavić, the writer and editor, has won the Yale University Windham-Campbell Prize for fiction. The cash it brings will allow him “to pursue my own work in a way that’s never been possible before”, says the Wits University professor. 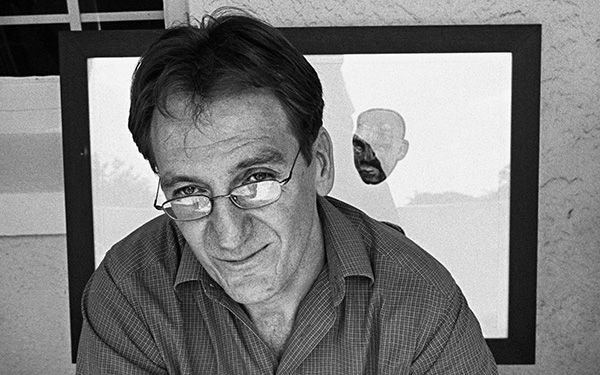 Author Ivan Vladislavić has put South Africa on the global literature map once more with his winning of the Yale University Windham-Campbell Prize for fiction. (Image: Sophie Bassouls, A1 Verlag)

Ivan Vladislavić has added to his collection of accolades: the prestigious Yale University Windham-Campbell Prize for fiction.

“Since I received the news of the prize, I have been in a bit of a daze,” the author, editor and professor said after the announcement in late February.

“It is astonishingly generous and will make a decisive difference to my writing life.”

Vladislavić and the other winners, Teju Cole and Helon Habila, each received $150 000 (almost R1.8-million) for their work. There are three prize categories, namely fiction, non-fiction and drama.

The awards were established by Donald Windham and Sandy M Campbell in 2013 to honour literary talent.

The Windham-Campbell organisation noted Vladislavić’s unique approach to seeing history “in the quotidian and juxtaposing the banal and the bizarre”.

In an interview with online literature magazine Aerodrome, he said he loved to write. “And I get some of the same pleasure from editing, which is about perfecting something, getting all the working parts to fit properly – constructing something.” This could be because as a child, he watched his mechanic father fix car engines, he said, taking things apart and putting them back together again.

Reaction to his win has been hugely positive. “A more worthy winner for this prestigious award would be hard to find,” said Fourie Botha, publisher of local fiction at Penguin Random House South Africa. Steve Connolly, the publishing house’s managing director, said that everyone should read Vladislavić.