South African artists present a unique South African identity to the world, and the high prices many local artists fetch internationally are testament to the growing interest in the calibre of local artists – as well as in that identity. 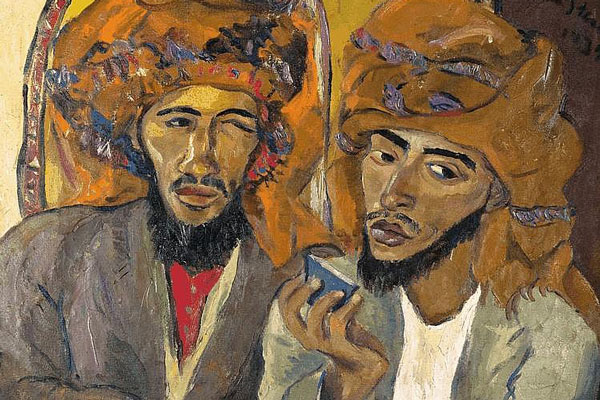 South African art is finding its place in global art market, and several of its artists are fetching respectable prices at successful auctions worldwide.

Of particular interest to collectors are works by 20th century artists such as Irma Stern, Jacob Hendrik Pierneef, Gerard Sekoto, Alexis Preller, Maud Sumner, William Kentridge and Maggie Laubser, among others. They unpack a particularly South African view of the world.

Art lecturer Nirmi Ziegler, of the Durban University of Technology, writes: “As a theme in art ‘identity’ is a vital concern in a postmodern society such as ours. The interplay between the individual and society has become increasingly complex, leaving room for new theories, research and speculation about the future of humankind. Who am I? Who are we? Art, as a seismograph of change, can both reflect and be a harbinger of transformation in our personal and communal lives.

“South African art holds a unique position when addressing ‘identity’, as a result of its racially divided past.”

Eras of art in South Africa

South African art is generally held to have evolved through four eras: San Bushman, colonial, 20th century and apartheid, and the conceptual art of the 1990s.

The San Bushmen, Africa’s oldest hunter-gatherers, lived in the massive Drakensberg range of mountains from 4 000 years ago until they were driven out by colonialists in the 19th century. Over that time, they created a vast body of art on the walls of caves and rock shelters. This is the largest and most concentrated group of rock paintings in sub-Saharan Africa.

During the early colonial era, white South African artists tended to concentrate on depicting what they saw as a “new world”, in minutely accurate detail. Artists such as Thomas Baines travelled the country recording its flora, fauna, people and landscapes. It was a form of reporting for those back in the cities and colonial home countries.

Towards the end of the 19th century, painters Jan Volschenk and Pieter Hugo Naudé and the sculptor Anton van Wouw began to establish a locally rooted art. Their work – the first glimpse of an artistic vision that engaged with life as it was lived in South Africa – marked the moment the country began to acquire its own national identity. It was compounded by the Union of South Africa being established in 1910.

The apartheid years (1948-1994) witnessed a great diversity in South African art, ranging from landscape painting to abstract art. There was engagement with European and American currents, but also a fiercely local sense of what it meant to be an artist in this country during troubled times.

Black artists such as Sekoto and George Pemba concentrated on depicting their realities and environments in a direct, though forcefully expressionist, manner.

From the 1930s onwards, Sekoto portrayed urban African life in places such as Sophiatown and District Six, vital and tumultuous hotspots of an emerging though unacknowledged black culture.

Conceptual art in South Africa seemed to come into its own in the 1990s. Events such as the two Johannesburg Biennales (1995 and 1997) contributed to a new dialogue between local artists and currents from other countries.

The first biennale came as South Africa was emerging from decades of cultural isolation. It was a landmark event that included over 250 artists from 80 countries. The second was opened under the artistic direction of Okwui Enwezor, a Nigerian and curator at the Art Institute of Chicago. Entitled Trade Routes: History and Geography, the biennale took as its general theme the notion of “global traffic in culture”.

Through the 1990s, media such as video, performance and installation began to take the place of painting. Jeremy Wafer, for instance, used photography, earth, and fibreglass sculpture to tackle issues such as borders and boundaries.

The complex installations of Sue Williamson used found and reworked materials to speak of memory and history. Sandile Zulu made paintings out of the unpredictable marks of fire on surfaces, or created sculptural tableaux from natural materials.

According to Strauss & Co, the fine art auctioneers and consultants, the last six years have been remarkable in the history of the South African art market.

In 2005, Marlene Dumas’s painting, The Teacher, a forbidding portrait taken from a class picture from her childhood in South Africa, sold for $3.3-million (about R40-million as today’s exchange rate). The provocative piece is clearly informed by the politics of her early surroundings – the artist, who is in her sixties and lives in the Netherlands, was raised in apartheid in South Africa.

Stern has the record for South Africa’s most expensive artwork to date, fetched by her painting Arab Priest, which was sold for $4.4-million (about R53-million) at a Bonham’s auction.

Kentridge is another highly sought-after artist. He is the most expensive living South African artist, with his prints fetching in the early millions locally and internationally. Sekoto’s most famous artwork, Self-Portrait, fetched about $178 000 in 2006 (R2.1-million).

Underlining the growing interest in South African art, the FNB Joburg Art Fair is now in its eighth year. A Joburg Art Week takes place around the fair, with various events across the city, such as open studios, gallery openings, workshops and debates.

The fair is said to be Africa’s leading art fair, and is focused on contemporary art from the continent and diaspora. It has established a sustainable industry for the arts with a solid base of local and international buyers, and the organisers say loyal commitment from participating galleries and partners each year has allowed the fair to reach record sales and visitor numbers.