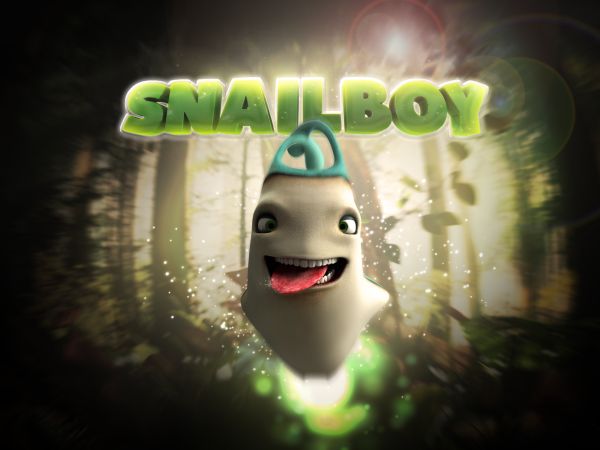 Snailboy, created by Cape Town developer Thoopid, has become one of the world’s most popular mobile titles and one of South Africa’s most successful video games ever produced. (Image: Thoopid)

A sign that the South African video gaming industry is on the up comes from a digital mollusc that scampers around a garden collecting slimeys and jumping off mossy trees, all in the quest to find his missing shell pack. His name is Snailboy, developed by Cape Town company Thoopid, and he is taking over the mobile gaming world.

Released in September 2013 on Samsung’s Apps Store, iTunes and Amazon’s AppStore, Snailboy caught the attention of gamers worldwide because of its easy playability, catchy storyline and cute lead character. The game has been downloaded in China and the US more than any in other nation, and it has been listed as the best new game in 123 countries.

Snailboy is a collector of precious shells, which he keeps in his shell pack. While searching for the perfect shell, he is ambushed and robbed of his pack by the Shadow Gang. The gamer has to help Snailboy retrieve it.

According to Thoopid’s managing partner and co-founder, RW Liebenberg, the team wanted to create an unconventional hero. Since snails were not regarded as cute creatures, Thoopid set out to change the way we looked at them. “Snails are the underdogs and we are portraying him as the hero.”

The team spent six months designing the game and, Liebenberg said, they pushed the game’s graphics, gameplay and story to the limit. Though keeping mum on the exact figure it cost to make Snailboy, Liebenberg said such a game would set his company back between R1-million and R5-million.

When the game was initially released, it was a paid app. But the company recently turned it into a freemium app, meaning it is free to download but certain features of the game must be bought to be used. Liebenberg said there was a rise in the number of freemium games published and purchased towards the end of 2013. This payment method was ideal for Thoopid.

Initially, the game was available on all major app stores except for Google Play. South African developers struggle to monetise their games on that particular store because they are unable to register as a Google Wallet merchant. However, Liebenberg said Thoopid overcame that problem and the game became available on Google Play in April.

Stupid with a lisp

Before starting Thoopid, Liebenberg and his fellow designers had been building games for 10 years, but for various clients. They established the company in 2013 with the intention of creating games specifically for mobile phones. “We always wanted to build games for ourselves and for others like us.”

The company name sounded like the word “stupid” when said by someone with a lisp, he explained, adding that the tagline, “A State of Play”, was the mind-set one adopted when holding a gamepad or mobile phone and about to play a game.

He said the company decided to focus on mobile gaming as it was the fastest growing gaming platform. “Mobile is taking over from console gaming worldwide. People waiting in queues or in boardrooms will play on their phones. There are more people doing that.”

After the success of Snailboy, the company released Tap the Coin, a simple and addictive tapping game in which players must juggle a coin without letting it drop. It was made within an hour as part of a challenge. “It was created in our off time to freshen our minds,” said Liebenberg. “We sat down and wanted to build a game in an hour. One of the girls here said it couldn’t be done.”

Snailboy and Tap the Coin were successful because they could be replayed without becoming boring. For Liebenberg, this was the mark of a successful game. “A game has to look fantastic and it has to entice people to return and keep playing.”

South African gaming’s roots lie with another anthropomorphic character, a coffee drinking, gun-slinging bunny named Toxic. Designed by computer programmer Travis Bulford, Toxic Bunny was released in 1996 as a platform game. It was well received and led to the formation of development company Celestial. In 2012, Bulford re-released Toxic Bunny in high definition.

But his success did not filter through the industry. I-Imagine, a company based in Johannesburg, got a poor reaction for Chase: Hollywood Stunt Driver in 2002 and Final Armada in 2007. As a result, it retrenched its staff and went into hibernation. Even Bulford had to shut down Celestial after his strategy game, ZuluWar, failed to make an impression on gamers.

Luma Arcade, the gaming arm of South African animation studio Luma, has been the most successful thus far, with titles such as Harvest, Core and Bladeslinger all coming out on mobile platforms.

In a 2009 feature for Animation SA, writer Oliver Snyders said the stuttering performance of the local gaming industry was down to loss of creative and technical talents to companies abroad. In the same article, developer Danny Day said the exodus was tied to poor internet infrastructure, little online payment support and the lack of understanding of the games industry by businesses and other support circles.

However, Liebenberg said that today programming and design talent was available in South Africa and was being fed to the gaming industry by tertiary institutions. “We’ve got the tools and the resources. Time and creativity are the only limits,” said Liebenberg.

South African video game development might not be as mature as its Japanese and American counterparts, but Liebenberg said it was increasingly becoming a place where games were being built. There were a number of independent development companies in South Africa and a significant number of international developers used South African resources to create games.