Sixty years ago the Congress of the People gathered on a dusty field in Kliptown to draft the document that would lead South Africa to liberation. The Freedom Charter is the foundation for South Africa’s Constitution and its demands are as relevant now as they were in 1955. 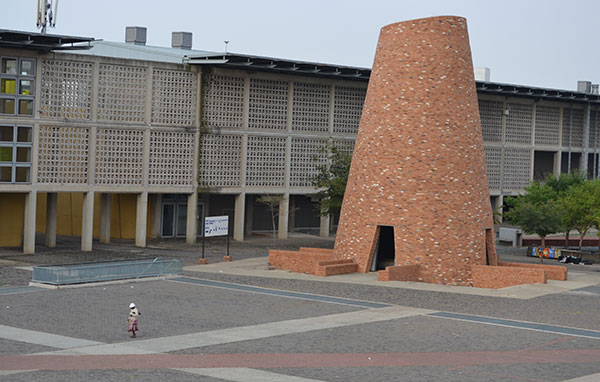 Walter Sisulu Square in Kliptown was once a dusty field where 3 000 activists from the Congress of the People gathered to draw up the Freedom Charter. A monument to the to the document stands in the middle of the square. (Image: Shamin Chibba)

In the dark days of early apartheid rule on 26 June 1955, over 3 000 representatives of resistance organisations made their way through police cordons to gather on a dusty square in Kliptown, then a freehold area 40km in Johannesburg’s south.

This was the Congress of the People, who met to draw up the Freedom Charter, an alternative vision to the repressive policies of the apartheid state.

At the time, Nelson Mandela hid in the Takolia household to avoid the police. Today, just a blue and white shell of the structure remains in the Walter Sisulu Square.

On the second day, authorities broke up the gathering but not before the charter was adopted as a guiding document. It remains the cornerstone of African National Congress (ANC) policy to this day, and is seen by many as the foundation of South Africa’s 1996 Constitution. 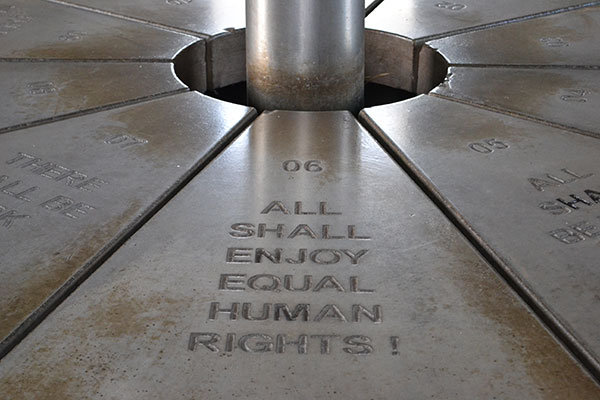 That dusty field has now been declared a national heritage site, and on 26 June 2005 President Thabo Mbeki lit a flame of freedom in Kliptown to mark the opening of the Walter Sisulu Square of Dedication – and 50 years of the Freedom Charter.

Sam Takolia, 72, remembers Mandela jumping through an open window and his father hiding him away. Today, that very window frame remains intact.

Takolia was just 12-years-old when the Congress of the People took place. He remembered people arriving by foot and donkey cart, hessian cloth used as a makeshift wall on the field and his family selling sandwiches and tea made by his mother. 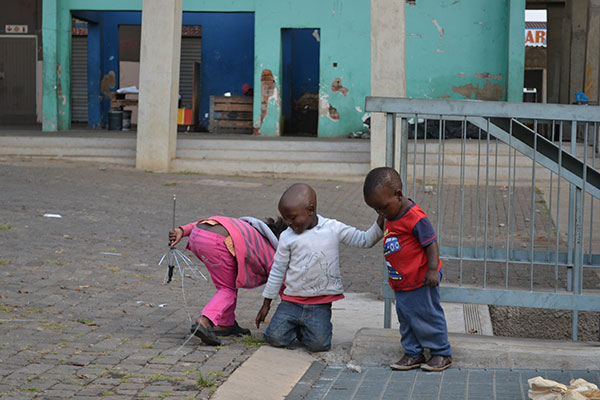 Children play in Walter Sisulu Square with the Takolia household in the background where Nelson Mandela hid away from police in 1955. (Image: Shamin Chibba)

Charter a collection of ideas for a good life

Professor Zachariah Keodirelang “Z.K.” Matthews, then the ANC Cape president, proposed the idea of the Freedom Charter. Pamphlets were printed and distributed around the country, urging people to submit their ideas for “the good life that they seek for themselves and their children”, for the charter. The late anti-apartheid activist, Lionel “Rusty” Bernstein, wrote in his autobiography Memory against Forgetting that thousands of suggestions arrived, written on scraps of paper, backs of envelopes, pages torn from school exercise books, and the backs of handbills.

“When the great day was upon us,” wrote one participant afterwards, “we set out on our journey to Kliptown, many of us travelling hundreds of miles, wondering what was going to happen. For it was not as if we had been allowed to campaign in peace. Every meeting was watched by the special branch, our organisers were hounded and arrested, documents seized in raids.

“Cars and lorries were stopped, contingents held back on one or other pretext until it was too late to continue their journey. Yet in spite of all the harassment and interference, about 3 000 delegates pierced the police cordon and arrived at Kliptown, where a patch of open ground had been prepared to seat the huge throng.

“Just imagine the problems of organisation – 3 000 delegates had to be fed and housed. But from every point of view the Congress was an outstanding success.” 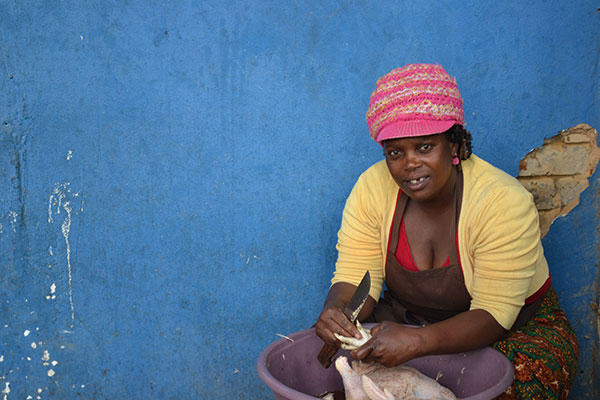 A roadside food seller uses the shell of the Takolia house as a makeshift kitchen. (Image: Shamin Chibba)

The various clauses of the charter were introduced, there was an opportunity for impromptu speeches from delegates present, and the clauses were then read out and acclaimed by a show of hands. The Isitwalandwe/Seaparankoe – the highest honour awarded by the ANC – was awarded to Chief Albert Luthuli, president of the ANC, Yusuf Dadoo and Father Trevor Huddleston.

Only Father Huddleston was able to accept his award at the Congress of the People, as Luthuli and Dadoo were under banning orders and unable to attend.

In the afternoon of the second day proceedings were brought to a sudden close by the arrival of a large detachment of police bearing sten guns.

They took over the speakers’ platform, confiscated all the documents they could find, announced that they had reason to believe that treason was being plotted, and took the names and addresses of all delegates before sending them home.

But the Freedom Charter was signed a year later by Luthuli, and has remained the central document in ANC policy ever since.

Walter Sisulu was a delegate at the 1955 Congress of the People, a major figure in the anti-apartheid struggle, deputy president of the ANC, underground activist and Rivonia treason trialist.

Released from prison in 1989, he died in 2003, the year the R160-million Walter Sisulu Square project was initiated.

When the judges chose Pierre Swanepoel’s design for the proposed square in 2002, they described it as bold, with an exemplary potential to change Soweto into a city. Nine years after the square was unveiled, that energy is still waiting to be generated.

The aim was to use Kliptown’s rich history, as the meeting ground of the Congress of the People and the birthplace of the Freedom Charter, as a tool to boost tourism and transform the fortunes of the settlement. 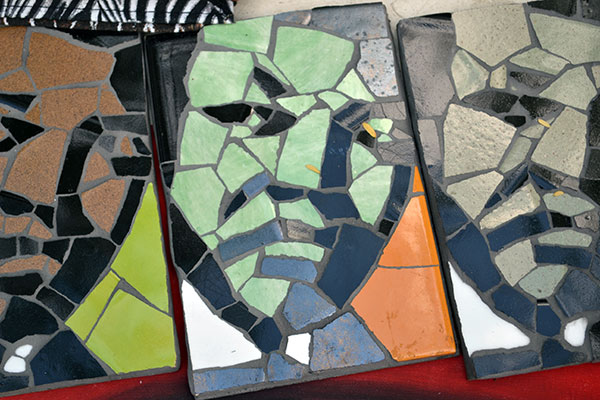 The square is now a tourist attraction, with two museums, a multi-purpose hall and the four-star Soweto Hotel. The Freedom Charter Memorial stands alone in the square, to remind people where the foundations of post-apartheid South Africa were laid. Swanepoel once likened the tower to the Great Zimbabwe ruins. Standing just outside its entrance is a flautist, dressed in the colours of the national flag, who busks for money from tourists. Inside are ten large triangular concrete slabs placed together to create a circle. Etched into each slab are the words of the Charter.

The hotel’s dour concrete façade contradicts the flamboyance inside. The reception is subtly lit and its walls are adorned with photographs of Hugh Masakela, Miriam Makeba and Brenda Fassie. Each room captures South Africa’s particular aesthetic; rooms sport pillow cases that look like bags of maize, or a poster-sized photograph of Mandela above the bed.

Today, just a few hawkers occupy the space in the empty square, selling trinkets such as painted ashtrays of South Africa’s Big Five and stained glass images of Mandela to tourists. Outside the square, Union Street is a litter-strewn strip lined by shops selling anything from cosmetics to hardware.

In an interview with Al Jazeera in 2013, Takolia said he was happy that the square was built but added that more should have been done to improve living conditions in Kliptown. “There is barely a Kliptown left, just a few shops and then squatter camps. Yes, they should have built the square but they should have uplifted the community.”