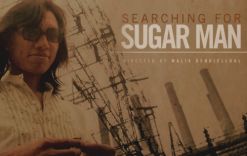 Searching for Sugar Man has won several awards to date and is a favourite to walk away with the Best Biography award at this year’s Academy Awards.
(Image: SugarMan.org)

The quality of films coming out of South Africa has improved over the years, and the Academy Awards – the Oscars – is sitting up and taking notice.

This year, the music documentary about folk singer Sixto Rodriguez, Searching for Sugar Man, has been nominated for Best Documentary in 2013, the 85th instalment of the movie awards. It is up against 5 Broken Cameras, How to Survive a Plague, The Gatekeepers, and The Invincible War.

The film, which was shot in Cape Town, has also been nominated for a Bafta, British Academy of Film and Television Arts, award, again in the Best Documentary category.

The only South African film to have won an Academy Award was Gavin Hood’s Tsotsi, which won Best Foreign Language Film in 2005.

Searching for Sugar Man isn’t the only film shot in the Western Cape that is up for an Oscar. Asad, about the coming of age of a Somali boy in his war-torn land, has been nominated for Best Short Film. This little gem has already won awards at 13 film festivals. The film was shot in Paternoster, a Cape tourist and fishing town, which did duty as a small Somali fishing village.

Asad‘s rivals for top spot are Death of a Shadow, Buzkashi Boys, Curfew and Henry.

The Oscar winners will be announced on 24 February.

Searching for their hero

The music documentary was written and directed by Malik Bendjelloul, a Swedish filmmaker. It details the efforts of two South African fans – Cape Town record store owner Stephen “Sugar” Segerman and music journalist Craig Bartholomew Strydom – to find out if the rumoured on-stage suicide of the Mexican-American musician was true, and, if not, to discover what had become of him.

Rodriguez released two records: Cold Fact in 1970 and Coming from Reality in 1971. Both slumped in the US and he disappeared from the public eye soon after their release. A bootleg copy of Cold Fact made its way to South Africa in the early 1970s, though, and earned a cult-like following among people variously opposed to, or out of tune with, the apartheid regime.

“Over the next two decades, Rodriguez became a household name in the country and Cold Fact went platinum,” says the Searching for Sugar Man website.

But it’s not just the man’s music that reaches a wider audience in the film. Cape Town Tourism chief executive Mariëtte Du Toit-Helmbold said: “The documentary is a great showcase of Cape Town’s most iconic landmarks like Table Mountain, Lion’s Head, Camps Bay, the city scape and the ocean road alongside the Twelve Apostles … The international screening and distribution of the film is leading to tremendous international exposure for Cape Town and we are very excited about the Oscar nomination.”

Bendjelloul stumbled across the story in 2006 when he met Segerman in Cape Town. It captured his attention, particularly since he had never heard Rodriguez’s music. He decided to look for funding for the project, which was difficult. He said: “I decided to see what I could do on my own. I had fallen completely in love with the story and couldn’t stop working on it.”

Although Rodriguez was popular in South Africa and sold many records, he never earned any royalties for his music. “The record labels were pretty established – they were the best distributor in Africa – so it’s weird. I asked a South African lawyer and he said he could solve this case, but it would take three years and cost a lot of money. It’s that complicated,” said Bendjelloul.

Segerman, who was doing his national service when he first heard Rodriguez’s music – by decree of the apartheid government, all white males were conscripted into the army when they turned 18 – said: “Rodriguez was critical in the army. We just used to sit and listen. We were so depressed, and music can just take you away. I wasn’t on the border, but the guys on the border, they just swore by this guy.”

A new lease on life

The documentary has already won several awards, and has been very well received internationally. As a result, Rodriguez is enjoying something of the popularity many believe he deserved in the 1970s. He has been booked to perform at some of the world’s most coveted music festivals this year, and will be performing in South Africa in February.

He will play Coachella in California, in April; Primavera in Spain, in May; and Glastonbury in the UK, in June.

“It’s a different level that we’re at now,” the singer said. “I can’t imagine it getting much busier. This is pretty busy. You have to stay balanced, normalised and pace yourself. At this late date I have a new perspective on things because of the success of the music now.”