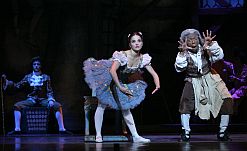 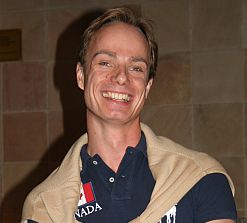 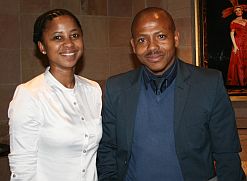 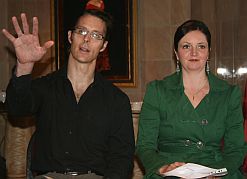 After months of financial strain, the South African Ballet Theatre (SABT) is back on its feet and ready to stage a glittering season of Carmen, thanks to a range of generous benefactors.

After sending out an appeal for funding in late 2009, the company has collected R5.3-million in donations – slightly short of its initial target of R6-million.

“We’ve certainly turned the corner,” SABT’s managing director Fiona Budd said at a media briefing in Johannesburg on 6 August. “The money received will give us breathing space and time to build up new relationships.”

A private donor, who wishes to remain anonymous, donated R1-million, which astounded Budd: “I thought my eyes had blurred because of so many zeros,” she said.

The SABT was hit hard by the economic recession in 2009, as fewer patrons turned up for its seasons. It was also affected by some of its prominent funders pulling out to support more welfare-orientated initiatives like orphanages.

Despite this, the company managed to stay debt-free and continued with its outreach programmes in the underprivileged Gauteng communities of Alexandra, Soweto and Katlehong.

Where the funds will go

The R5.3-million will be used for running the core businesses of the company, including staging productions, settling of music copyrights and paying salaries.

A huge chunk of the funds will also go towards buying expensive tailor-made pointe shoes for the dancers, who need a new pair for every season, SABT’s spokesperson Samantha Saevitzon said. The pairs bought now will only last until mid-2011.

The SABT has additional fundraising schemes to sustain it in the long run, with its most prominent one being “The Hall of One Thousand Stars”. This is appealing to 1 000 patrons to donate a minimum of R50 every four weeks in the hopes of generating at least R50 000 a month. This money will help keep the company and its social projects afloat.

“The Hall of One Thousand Stars is bringing in a good income for us,” said Budd. “Some of our patrons give more R50 a month. We try to make ourselves more sustainable.”

The SABT recently created a new role within the company: stakeholder relationships manager, which is “essentially a fundraising position”, Budd said. Teboho Nkoana, who comes from a sales and marketing background, has been appointed for the job.

Dirk Weyershausen, a German danseur practising in Norway, said ballet in several European countries is sustained because they “get a lot of their budget from the state”.

But not all companies are that lucky. The SABT is no different from many groups across the world which rely on donations to cover the exorbitant costs of putting on a quality season.

“I have great respect for doing fundraising, like the SABT does, to keep a company going,” Weyershausen said.

The German national is currently working with the SABT on the upcoming season of Carmen, an acclaimed “sizzling and sultry” ballet that premiered in France in 1874.

Weyershausen will dance the lead role of Don José, rotating with local and overseas greats like Xola Putye, Humberto Montero and Adam Thurlow.

With Carmen needing a cast of about 35 dancers, the South African production will be a big collaboration with individuals from the Cape Town City Ballet and the internationally acclaimed Weyershausen and Thurlow, who comes from Australia.

Youngsters trained by the SABT’s Alexandra and Soweto outreach programmes will take the supporting roles. “It’s important that these children are exposed to the environment of theatre, to see what they are training for,” said the company’s senior principal dancer Iain MacDonald.