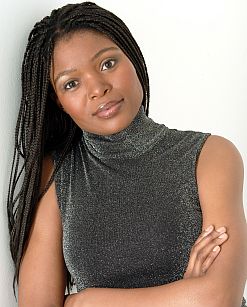 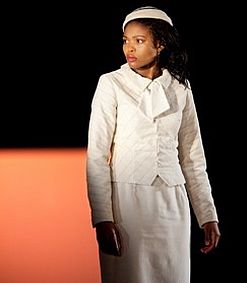 Lyric soprano Pumeza Matshikiza, who grew up in the sprawling townships of Khayelitsha, Langa and Nyanga outside , has taken by storm with her mellifluous, deep-throated voice.

The 30-year-old Matshikiza is the 2010 winner of the sixth Veronica Dunne International Singing Competition, a critically acclaimed opera contest in . The event ran from 20 to 26 January and saw 59 accomplished performers producing the very best vocal notes for a coveted prize of €10 000 (R105 442).

After outshining vocalists from 21 countries – including the US, China, New Zealand, Australia and Ireland – Matshikiza took the top honour, while fellow South African Sarah-Jane Brandon walked off the with the second prize of €5 000 (R52 714).

“Winning the Veronica Competition is a motivation for me to work even harder in terms of polishing the technical aspects of singing, and it means I have some kind of potential,” Matshikiza said.

Performing classics such as Come Scoglio from Mozart’s Così Fan Tutte, Signore, ascolta! from Puccini’s Turandot, and Rusalka’s Song to the Moon, Matshikiza was able to capture the hearts of opera connoisseurs in . “… There was an audience that helped me to communicate the music,” she said.

“The competition wasn’t easy. I sang 13 items for all rounds, the third was a killer. I didn’t think of it as a competition, but as a concert or a recital.”

Matshikiza and five other hopefuls performed with ’s RTÉ National Symphony Orchestra before some of the world’s most discerning opera experts on the final night.

The competition, held triennially, was founded in 1995 in honour of Veronica Dunne – ’s “Grand Dame of Opera”. The 83-year-old Dunne was a soprano of international prominence in her heyday and is credited for discovering and nurturing some of ’s best opera stars.

Previous winners of the competition, including the US’s most famous soprano Norah Ansellem, have gone on to become top performers in some of the world’s most distinguished opera houses. Ansellem won the competition in 1997 and has since appeared in companies such as San Francisco Opera, Paris Opera Bastille, Munich Staatsoper, Vienna Staatsoper, Berlin Staatsoper and many more.

Though her voice impressed at the Veronica Dunne competition, Matshikiza plans to invest in improving it. Besides using the prize money to fly to auditions across , she said she will also focus on polishing her voice with the assistance of a top-quality teacher.

“I have to find a proper singing teacher as I didn’t have one for a year really,” she said. “Being an opera singer takes many years of training and dedication. You need patience and good people for advice.”

Stephen Jay-Taylor, a critic for Opera Britannia, wrote at the time: “I was much taken with Pumeza Matshikiza’s Donna Elvira. She nailed both the character and the extremely demanding music pretty much flat.

“The voice is unusual, rich, dark, but with a glinting top and a fine middle … Coupled with what seems to be temperament to spare, on this showing I would predict a handsome career ahead of her.”

Matshikiza featured as Tebaldo in the Royal Opera House’s production of Don Carlos at in September 2009, and has performed in other pieces for the company such as L’heure Espagnol and Les Contes d’Hoffman.

She was also lead soprano at the Nottingham Harmonic Society’s opera Mendelssohn Elijah in November 2009.

Matshikiza, who is represented by ’s IMG Artists, is scheduled to be the lead soprano in Zaide, a new production directed by Melly Still to be staged by the Classical Opera Company at the Sadler’s Wells Theatre in inner in June. She’s got a host of other concerts and recitals on her calendar too. “I will be singing a new repertoire in most of them, so I’m taking time to learn …”

Her illustrious career has taken her to , , , , and , and she’s impressed audiences and critics alike at every stop.

The UK’s Times listed Matshikiza as one of the “hot music acts of 2009”, while critic Ben Michel described her as “a shining star in the current line-up of the Royal Opera House’s Jette Parker Young Artists Programme”, at the beginning of 2008.

Like most musicians in , Matshikiza discovered her melodious voice in church and school, where she sang in various choirs.

She says she was known for her love of singing while growing up. “People knew me as someone who loved singing, I always made noise for my neighbours. In the township no-one minded, but in flats where I was renting I always got complaints.”

Singing and opera aren’t Matshikiza’s only gifts: at one time she was set on becoming a quantity surveyor, and even enrolled for a course. She told The Times that she was the top pupil in mathematics and science, and her high school teachers tried to convince her not to study music.

While still a student Matshikiza used to perform for the Cape Town Opera, and was voted Best Performer of the Year in 2003 by the Friends of Cape Town Opera. She was also the first prize-winner of the Shock Foundation Competition that year.

“I had a wonderful teacher, Professor Virginia Davids, at SACM who did a good job with me vocally,” she said.

Later South African composer Kevin Volans played a key part in getting her enrolled at the Royal College of Music in 2004. The college didn’t hesitate in awarding her a scholarship after being blown away by her voice. She graduated with a Masters in Performance in 2007.

“I did proper stage work [at the college],” Matshikiza said. “I worked with directors like Paul Curran, whom I learned a great deal from, and a French director Jean-Claude Auvray, among others.”

Link to the great Matshikiza clan

Is Pumeza related to the well-known Matshikiza family, that of late prolific artists Todd and John Matshikiza? “We are one big family from the , a clan of Ndlovus. We know that we are related, but how exactly we don’t know.

“What we do know is that there were three Matshikiza brothers: Steven, Paul and James. My family is from Paul, and Todd and John’s is from Steven. One person had a family tree and we were all looking forward to getting hold it, but that relative passed away.”

Staying true to her roots, Pumeza always makes a point of visiting Esme Matshikiza, Todd’s widow, whenever she’s in .

The Matshikizas are known for their musical, journalistic and theatrical talents. Todd, who passed away in 1968, was a jazz pianist, composer and renowned journalist for Drum magazine from 1952 to the early 1960s.

John was a well-known poet, actor, theatre director and journalist. He died of a heart-attack in 2008. Lindiwe Matshikiza, John’s daughter, is now carrying on in her father’s tradition, carving a successful career in ’s theatres.

Pumeza, on the other hand, is set on making it big in the European opera scene. But after her deep, melodious voice has serenaded the world, she wants to help other aspiring musicians in . “Later, when I have more experience and knowledge than I have now, I would like to pass everything I know on to others,” she said.