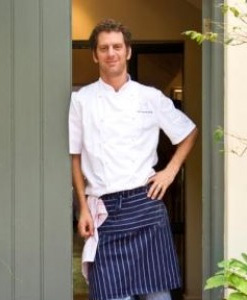 The awards organisers said the restaurant “effortlessly combines Asian influences with a modern French style of cooking”. Based at the Constantia Uitsig wine estate south of Cape Town, La Colombe has been headed by chef Luke Dale-Roberts since 2006, who has “developed ideas such as a creamy miso dressing or cepe and sage brioche to retain a loyal clientele”.

La Colombe was also the winner of the Chef of the Year 2009 and Restaurant of the Year for both 2008 and 2009 in the Prudential Eat Out Awards, and was given a three-star rating, the highest, in the 2009 and 2010 issues of the Rossouw’s Restaurants guide.

The restaurant named the very best in the world was Copenhagen’s Noma, run by 32-year-old head chef Rene Redzepi. The World’s 50 Best Restaurants list is compiled from the votes of 806 international critics, journalists and food experts, who rate innovation in cooking over haute cuisine.

Another South African restaurant to make the list was Le Quartier Francais in Franschhoek in the Western Cape, which at 31 was up six places on the 2009 list. The restaurant is headed by chef Margot Janse, who organisers described as “a true champion of South African cuisine,” using “local meats such as warthog loin or springbok to great effect”.

In 2009 La Quartier Francais was named the 2009 Best Restaurant in the Middle East and Africa, and was one of the top 10 restaurants in the Prudential Eat Out Awards.

“This year’s list is an exciting one that highlights in particular the wealth of young, dynamic chefs bringing new ideas to the world of gastronomy,” said Paul Wootton, editor of Restaurant . The magazine is the UK’s leading publication for restauranteurs and chefs, and has been running the World’s 50 Best Restaurants awards, regarded as the Oscars of the food world, since 2002.

In second place on the top list, after four consecutive years at number one, was Spain’s El Bulli restaurant, headed by Ferran Adrià. Adrià was also honoured with Restaurant’s inaugural Chef of the Decade Award.

The full list of the S Pellegrino World’s 50 Best Restaurants 2010: