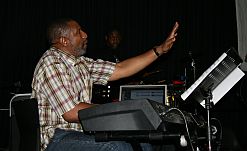 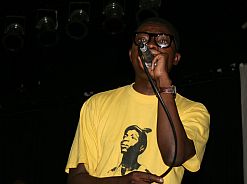 Zulu Boy is hoping to find artists to
collaborate with in France. 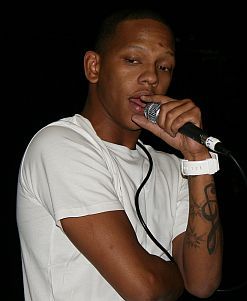 Zulu Boy, a South African rap artist, has hatched his own style of music and for that he’s being sent to Cannes, France, with other hot local talent to represent the country.

The rapper, whose real name is Mgingqeni Majozi, will be part of a culturally diverse group of performers who will participate in the 2010 Marché International du Disque et de l’Edition Musicale (Midem) that runs from 24 to 27 January.

The event, which has been staged in France since 1966, is the world’s largest music industry trade fair and enables musicians from across the globe to meet face-to-face to network, analyse trends and build partnerships. South Africa is the 2010 Midem country of honour.

Zulu Boy was chosen for his unique sound, which fuses Maskandi – a Zulu music genre – and hip hop. These were both types of music that the lad from eNtuzuma, in KwaZulu-Natal province, grew up listening to, so he’s combined the names and called his creation Skandi Hop.

“My audience in France will listen to a type of hip hop that they have never heard before,” said Zulu Boy. “I know the overseas market is willing to learn about different cultures and music.”

With such a creative blend of influences, Zulu Boy is no typical rap artist. Instead of urban boom bap hip hop beats and rehashed sounds, he introduces the string guitar and lyrics rapped in his mother tongue, isiZulu, and in some songs he fuses this with English.

“My music has identity. We are Africans and we have to sound African,” he said.

The artist, who’s signed with traditional music label Native Rhythms, promises to deliver an explosive performance in Cannes with a live band. His repertoire will include songs from his second album Inqolobane, released in 2008, and his latest offering, Igoda.

He sees going to France as a chance to “network, learn and share knowledge”. “It’s an opportunity to take part in the global community,” he said.

Although Zulu Boy has collaborated with international artists in the past – including Colombian rapper Alvaro ‘Ephniko’ Cuello and Ninthe, a female vocalist from the Netherlands – he’s aiming to find French artists to work with while in France.

“I know for sure that I will find someone in France to collaborate with, either we will record there or we will do it over the internet,” he said. “If we share common experiences with the world, people in South Africa will learn that we are the same as people in other countries.”

Zulu Boy is not the only local hip hop act at Cannes that will showcase the diversity of South African music. Jozi, a two-man outfit put on the map by their distinct African sound, is also set to wow audiences there.

Jozi member Da Les (real name Lesley Mampe) said they are taking their “energy and swagger” to the European country. “We have a different sound compared to everybody else. It’s a fusion of traditional South African music and urban hip hop,” he said.

There will be a rich mix of South African musicians who will perform on the opening night on the 24th and at the Tribute to Miriam Makeba Show on the 26th. The shows will fuse young, but established talents with that of old bucks who have influenced the country’s music over the years.

“We have been known for our struggle songs for years, now we have an opportunity to showcase who we are in terms of music. We are a people with lots of love and we express that in our music,” said Mkhize. “The festival is an opportunity for us to sample a bit of our music for the world, ranging from the 1950s to today.”

The Themba Mkhize band will be key to the South African musicians, playing alongside most of them. It will perform with Zulu Boy, Afrikaans singer Kurt Darren, the queen of Ndebele music Nothembi Mkhwebane and world-renowned flautist Wouter Kellerman.

The South African line-up will also feature talent from elsewhere on the continent. Benin superstar Angelique Kidjo will join other local acts on stage to pay tribute to Makeba, while Kellerman’s performance will be spiced up by Senegalese prodigy Lamine Sonko.

Sonko is based in Melborne, Australia, and is a singer, dancer and a percussionist whose style is an eclectic blend of jazz, reggae and West African music. “Our performance in France will be a surprise to the audience. But they will enjoy it,” Sonko said.

Critically acclaimed outfit The Parlotones will play the best of South African rock, and award-winning soul singer Lira promises to perform all her chart-topping numbers as well. Other acts to set the stage alight are Tidal Wave, a popular reggae crew, and Maletangwao Cultural Troupe. Dance music disc jockeys Black Coffee, DJ Christos and DJ Static Plastic are set to play 100% home-grown music at the two events in Cannes.

“The most important thing is that when we leave that place people must have a sense of what South African music is all about,” said Sipho Sithole of the Department of Arts and Culture advisory committee. “It must be a true reflection of South African music.”

Mazwai, who’s known for her socially and politically conscious songs, appreciates the funding and organising by government which has made the French trip possible. “It’s a great thing that the government has done. It should happen again next year.”