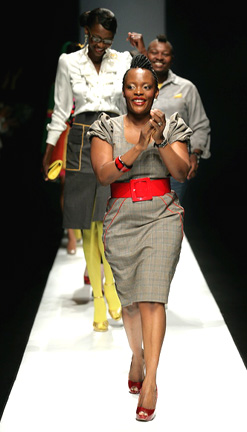 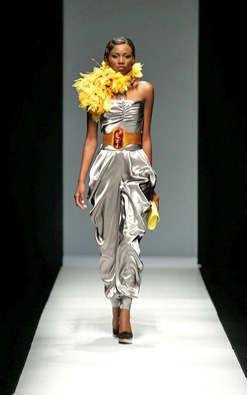 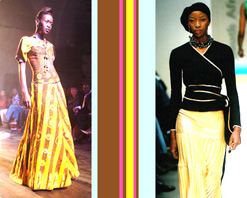 Stoned Cherrie, a top South African fashion label, has received a prestigious opportunity to break into the international fashion scene. This comes after an invitation to showcase its work at New York’s Fashion Week.

The fashion extravaganza will take place from 13 to 20 February at different venues in Bryant Park, New York.

The showcase will form part of the inaugural This Day/Arise Magazine: African Fashion Collective 2009.

The initiative is the brainchild of entrepreneur Nduka Obaigbena, publisher and editor-in-chief Arise magazine and publisher of the This Day newspaper.

Talking about the impending New York trip, Nkensani Nkosi, founder and creative mind behind the brand, says she’s elated, “I’m incredibly excited about this opportunity. I’ve always dreamt about having this kind of platform for Stoned Cherrie and it launches us directly onto a world stage.”

Nkosi says this will give avid fashion lovers, who don’t normally engage themselves with African fashion or current affairs, the opportunity to see that Africa has been blessed with a unique and rich diversity of indigenous cultures, which is evident in its fashion.

“It’s a fantastic opportunity for us to showcase the amazing things happening in South Africa.

“People continue to have a stereotypical view of Africa as the “dark continent” and it will be great to challenge that.”

To create the perfect show from start to finish, Jan Malan, of local events company Umzingeli Productions, has been selected as the show’s producer.

“Nduka Obaigbena is a visionary. The timing is right for this show and we can expect more of these initiatives from him.

“I am only too honoured to be selected to produce this show and believe wholeheartedly in promoting a positive face of Africa to the international community.”

As part of the Woolworths range of clothing and its roaring local success, the Stoned Cherrie brand was a natural choice for the show.

According to the organisers, Nkosi is market ready due to her experience and success with the brand, which played a pivotal role during the selection process.

Three other African designers have been chosen to participate in the This Day/Arise Magazine showcase alongside Stoned Cherrie.

Well known Nigerian designers MOMO and Tiffany Amber as well as Xuly Bet, the world-renowned Paris-based Malian are set to wow audiences with their infusion of urban Afro-chic.

Accompanying the designers to add to the African spectacle is Mozambican music producer Dino Moran, who has been appointed musical director for the show.

Stoned Cherrie’s invitation to showcase its range abroad is indicative of the success and respect the South African fashion industry has accumulated on the continent and the rest of the globe.

The City of Tshwane municipality, which governs Pretoria, is one of the country’s avid fashion supporters.

In 2006, the Tshwane Metro and the Tunisian Embassy embarked on a joint venture to promote African culture and fashion.

Called Fashion in Africa, the project is a public-private partnership for economic development in the city.

The first show was cleverly put together in an aircraft hangar, sponsored by Precision Aviation Services at the Wonderboom Airport. It took place on 5 and 6 May 2006.

Fashion designers from both South Africa and Tunisia participated in the event.

The venture also included a competition component, where young designers – one from South Africa and another from Tunisia – each received the Executive Mayor’s Best Young Designer Award.

Second year fine arts students at the University of Pretoria were specifically asked to enter this competition. The winning prize included a bronze sculpture.

Gaining the respect and admiration from the world market is however not South African designers’ only ambition. It’s evident that locals are also huge supporters.

Organisations such as African Fashion International, under the leadership of doctor- turned-fashion mogul Precious Moloi-Motsepe, oversee the smooth running of the number of fashion weeks in South Africa.

The Audi Joburg Fashion Week recently took place from 21 to 24 January at the Sandton Convention Centre.

Spokesperson for the show Evan Schiff said the move to bring fashion week forward – it was traditionally in March – was to allow fashion publications to cover the event in time for it their autumn and winter issues.