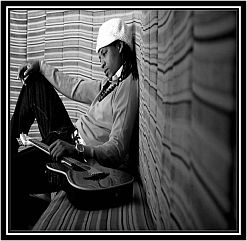 South African musicians will be hosting a benefit concert in March to raise funds to help Haitians in need.

Led by radio presenter Doug Anderson, singer/songwriter/producer Lionel Bastos, and musician Madelaine Steyn, the Making A Difference (M.A.D.) 4 Haiti concert will be held at Carnival City on the 21 March.

It will feature a selection of the country’s top artists in a bid to assist the devastated Caribbean nation.

South African musicians have opened their hearts and donated their time to bring relief to the victims of the 12 January earthquake, that killed an estimated 230 000 people in the Haitian capital Port-au-Prince.

“It started off as a Facebook status update: ‘I want to put on a benefit concert for the Haiti victims – anyone interested in helping out?’” said Anderson. “This was as a result of seeing the visuals coming out of Haiti, shortly after the earthquake.”

A few seconds after posting this message, Anderson’s friends started commenting. The first friend on board was Bastos who posted the same status update on his Facebook page – and so M.A.D. 4 Haiti was born.

Steyn created a M.A.D 4 Haiti Facebook fan page. Since then, a number of well-known South African musicians have volunteered to perform at the benefit concert. Carnival City has donated the use of the Big Top Arena, which seats 5000 people for the concert. Other companies and individuals have jumped at the chance to come on board and make their services and expertise available free of charge.

Singing in one voice

Drawn from a cross-section of music genres and styles, these artists are united in their wish to help the destitute citizens of Haiti. Artists such as Anton Goosen, Tim Parr, Wendy Oldfield and Niki Smart – an expatriate South African singer now living in the US – have donated songs that can be downloaded by the public at: http://rhythmmusicstore.com/music/6223/M.A.D-4-Haiti/M.A.D-4-Haiti.

Tickets are priced at between R100 (US$12) and R150 (US$19) at the ticketing agency Computicket. All proceeds from ticket sales will be paid into a trust administered by the Association of Chartered Certified Accountants SA (ACCA SA), and will go towards disaster relief in Haiti.