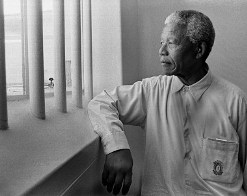 There will be a travelling three-dimensional reconstruction of the prison cell where Mandela was incarcerated for 18 of his 27 years behind bars. 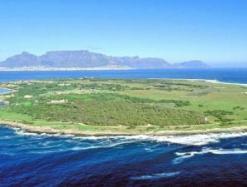 The initiative comes 19 years after the end of apartheid, as a “born-free” generation – those young South Africans born into a democratic nation – deals with 21st century concerns rather than looking back on its history.
(Images: Cape Town Tourism)

A multimedia project, Mandela 27, will bring the tales of Robben Island to life digitally as part of a new international campaign. Mandela 27 aims to highlight the social events that influenced change in South Africa and Europe during Mandela’s 27 years in prison.

It was in launched at Cape Town’s gateway to Robben Island and will draw on cultural links between South Africa and Europe during the apartheid era. It is estimated it will cost about R5-million; part of the funding will come from the European Union.

Most of the stories will be told through an interactive website with a map interlinking events of activism in South Africa and Europe.

There will also be a video game that will be used as an educational tool to teach children about the island and anti-apartheid activists.

Letters, poems and stories from the former political prisoners written between 1960 and 1990 will be exhibited at the Robben Island Museum Gateway at the V&A Waterfront and on the island.

There will also be a travelling three-dimensional reconstruction of the prison cell where Mandela was incarcerated for 18 of his 27 years behind bars.

The game and other digital components will be ready by February 2014, while the cell will start travelling in May 2014.

The replica of the cell will be a low-budget affair made of plywood but will feature information panels and multimedia exhibits. The travelling cell is likely to be displayed in schools, libraries and museums.

The video game is described as a serious game in the style of a graphic novel, and not purely for entertainment. Based on interviews with former prisoners, it features five recurring elements of life in the remote jail: prisoners were not allowed to see children; they craved physical activity including football; education was a key pursuit; communications were heavily censored so that messages had to be smuggled; and hunger strikes were used to make existence bearable.

It is being developed by South African students with help from the Serious Games Institute based at Coventry University’s technology park in the United Kingdom.

The initiative comes 19 years after the end of apartheid, as a “born-free” generation – those young South Africans born into a democratic nation – deals with 21st century concerns rather than looking back on its history.

Elderberry’s David Powell said the target audience was 16- to 25-year-olds as the events took place before they were born. But, he added, players should not expect to find themselves in the role of Mandela himself as it was more likely that anonymous characters would be used.

Jacqueline Cawston, the programmes director at the Serious Games Institute, stayed on Robben Island for three days during her research, and insists the story of the cultural events has not been told.

“The way that we’re telling it will be engaging to an audience that hasn’t read history books and weren’t alive at this time,” she said. “The whole point of the project is to get the message out there. This graphic novel will depict life as it was on Robben Island.”

Sibongiseni Mkhize, the museum’s chief executive, added: “This comes at a time when we are trying to improve the manner of how we tell what happened at Robben Island.”

He said the project was about sharing untold stories of those imprisoned on the island for their political activism. It was also a way of creating inter-cultural dialogue internationally and sharing knowledge. “All those things were political.

There were plans for a reunion of former prisoners on the island later this year. Mandela, who was recently in hospital for tests, had not been consulted about the project but his foundation was aware of it.