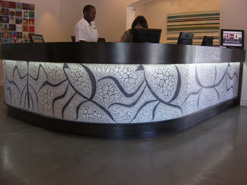 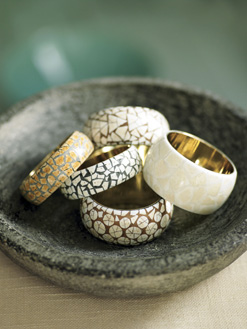 There’s lots of trivia when it come to ostriches – the most anecdotal being that they bury their heads in the sand at the first inkling of danger thinking that if it can’t see then it can’t be seen. Although this behaviour has even earned a place in the English language – the bird’s reputation has been salvaged by other truths.

It is the fastest two-legged animal on earth – and it is the source of a huge variety of products. The large feathers have long been sought after by the entertainment industry, the skin is made into valuable leather and the high-quality meat features on the menus of fancy restaurants.

Now a Cape Town artist has even found a use for the shells of the huge eggs produced by ostriches. Gideon Engelbrecht uses the resilient eggshells, which are usually discarded after hatching, to make sought-after mosaic art works as well as smaller pieces which can be found in high-end tourist shops around the country as well as several hotels.

Engelbrecht, the son of two artistic parents and the sole designer of the art pieces, has always had an interest in functional art and began experimenting with ostrich eggshells after relocating to the Western Cape. For a while he sold his work to galleries in the area but after he met Tom Goddard in 2006 his work went from galleries in the Karoo to homes and restaurants around the world.

Goddard, who was living overseas at the time and marketing luxury goods for the Louis Vuitton Group, was looking to invest in a business in South Africa that showed promise.

“The intricacy of Gideon’s work and the idea of taking something that is essentially waste and transforming it into a veneer that you can use on any surface was a winner for me,” says Goddard. “Within domestic ranges, ostrich egg shells are water-, heat- and stain-resistant and the fact that this business was in the heart of the ostrich farming industry in South Africa ensured the constant supply of material – which was being discarded anyway.”

Now Goddard is the managing director of the company, called Cape Originals, and Engelbrecht has the help of a team of 30 workers from the serene community of Prince Albert in the Western Cape.

The first step to putting Cape Originals on the map was participating in international trade exhibitions to test whether a market existed for such items. The initial reaction from local buyers and potential stockists was negative as they thought the art would be garish whole ostrich eggs with paintings of the Big Five on them. But their tune changed after the pieces featured in glossy design and lifestyle magazines as well as on exhibitions such as the Design Indaba – which is an annual gathering of the who’s who in the lifestyle and design industries.

Since then, commissions for unusual individual pieces have been pouring in. Restaurants in Cape Town have requested that the egg shells be embedded in their furniture and new and existing boutique hotels commissioned striking reception stands for their foyers.

Goddard says the process of creating these pieces is time-consuming and very intricate. The staff sort through shells and insert each piece individually to form the mosaics. Engelbrecht often uses inlays of metals – such as brass, copper and aluminium – that harden easily to enhance his creations.

Cape Originals also makes fast-selling consumer goods such as bangles, candle holders and earrings which are easier to freight and cheaper than most other goods made with ostrich egg shells. Already stores in California, New York, France and Germany are part of the gallery’s clientele.

Goddard plans to stay in the quiet Karoo despite indications that moving to bustling Cape Town would be better for business. “During the early days, Cape Originals employed just three people but now more families depend on its functioning and location. We like the privacy and we have developed special relationships with our suppliers and staff. Why try to fix something that’s not broken?”

According to Ostrich South Africa www.ostrichsa.co.za, South Africa is the world leader in ostrich farming. More than 65% of the world’s ostriches are found here and the country accounts for 90% of ostrich products in the world. The ostrich industry contributes R1,2 billion per annum to the country’s economy.

The meat is also virtually fat free and very low in cholesterol, making it a popular choice among people who are seeking out healthier lifestyles.

The leather is used to make apparel like handbags, wallets and belts, and lightweight garments such as skirts and dresses. More recently, it is being used as insert panels in luxury cars. The entertainment industry seeks out the finest quality ostrich feathers for costumes while the humbler feathers are used to make feather dusters in natural or bright colours.

Do you have queries or comments about this article? Email Tamara O’Reilly at mailto:tamarao@mediaclubsouthafrica.com 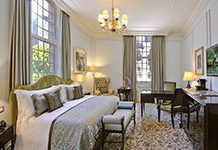 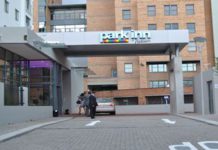 SA offers incentives for hotels to retrofit for disabled 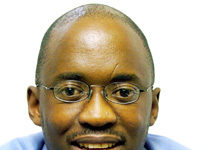 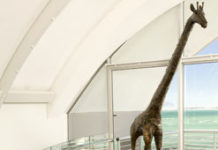 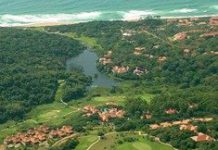