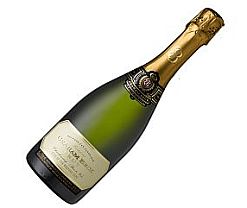 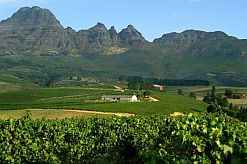 US President Barack Obama is, by all accounts, a discerning, and moderate, wine drinker. And his palate runs to South African wine too, as his choice of libation on election night was a bottle of Graham Beck Brut NV – the same beverage with which Nelson Mandela toasted his inauguration in 1994.

According to Graham Beck Wines, Obama developed a liking for the sparkling wine back in February 2008, after he took his wife Michelle out for dinner to celebrate his intention to run for US president. On the sommelier’s recommendation, the president-to-be ordered a glass for him and his wife, and was apparently so impressed with the bubbly that on election night, 4 November 2008, he had six bottles standing by.

Sales of the product have increased dramatically, according to reports. A wine merchant in the Chicago area told the Chicago Tribune that she sold her entire stock of Brut NV very quickly, once it was known that the presidential couple had developed a taste for it.

“I am honoured that the Obamas chose our non-vintage Brut to toast their historic win,” said a thrilled Graham Beck cellarmaster Pieter Ferreira, speaking to Wine.co.za. Ferreira was reportedly in Chicago on a marketing tour during the election.

“I always hope people choose to celebrate important milestones with our Graham Beck Cap Classique wines, and this is certainly a momentous occasion,” he added. “Sales are going well for the Graham Beck Brut in the US.”

With only one million cases of wine exported to the US every year, that country is not the strongest market for the South African wine industry, said Su Birch of Wines of South Africa (Wosa). “We have a small market share, less than 2% of imported wines. However, our premium wines, such as Graham Beck and Rustenberg, are doing really well there.”

Obama’s appreciation of the fruit of the grape is encouraging for the US wine industry, say industry experts. Former president George W. Bush was a teetotaler who had not touched a drop of alcohol in 20 years, but the incumbent is said to have an eclectic taste in wine. Merchants in his constituency of Chicago and across the US are getting ready to beef up their stock.

“I can’t help but think that after eight years of no wine drinkers in the White House that [Obama] will have a felicitous effect on Americans’ drinking habits,” said John Gillespie, president of the Napa Valley, California-based Wine Market Council, at the 2009 Wine Market Council Research Conference.

The Obama family home in Chicago is said to have a cellar capable of holding up to 1 000 bottles, according to reports in US newspapers. The president’s wining and dining tastes have sparked a recent flurry of discussion as to his personal preferences and official policy regarding the wine industry.

White House policy states that only American wines may be served at state functions, but when dining privately, Obama is free to select whatever wines he chooses. Calls are now coming in for the new president to lift the ban on foreign wines in the White House, which was instituted in the 1960s by then president Lyndon Johnson.

If this comes to pass, it seems certain that there will be room for South African wine in the First Cellar.

The family-run Graham Beck Wines is spread over four farms in Franschoek, Robertson and Stellenbosch in the Western Cape.

Graham Beck Brut NV is described by the producer as offering “light yeasty aromas, good fruit on the nose, and rich creamy complexity on the palate. Fine mousse gives freshness and finesse.”

The sparkling wine is a blend of Chardonnay (54%) and Pinot Noir (46%) and is produced in the Méthode Cap Classique cellar, located on the Madeba vineyard at Robertson.

Graham Beck Brut NV has twice now been the drink of choice for a presidential inauguration. In 1994 glasses of the bubbly were lifted in honour of Nelson Mandela, who assumed the presidency in South Africa’s first democratic election. The latest endorsement by the American president is a testament to the quality of the product.

Cap Classique is a method of producing wine that harks back to the time of the French Huguenots, a group of immigrants who came from France to the Cape of Good Hope in the late 17th century.

The Huguenots, many of whom had vineyards back in France, settled in the wine-producing region of Franschhoek (Dutch, meaning “French corner”) and were responsible for bringing the technique of making sparkling wine to South Africa.

Cap Classique wines, therefore, are made in the champagne tradition – méthode champenoise – of secondary in-bottle fermentation, but are exclusive to South Africa. Other sparkling wines that are only produced in certain regions are Cava (Spain), Asti (Italy), and of course Champagne (France).

The first bottle-fermented sparkling wine produced at the Cape was called Kaapse Vonkel (Afrikaans, meaning “Cape sparkle”). Sauvignon Blanc and Chenin Blanc have been the varieties most often used, but lately bubbly Chardonnay and Pinot Noir have become popular.

According to the Cap Classique Association, only specific white and red grape varieties are selected from a number of different regions in the Cape. Grapes are pressed as whole bunches, with only the first pressing or cuveé used for the various Cap Classique base wines. Once in the bottle, Cap Classique wines ferment and mature horizontally in cool, dark cellars for at least 12 months.