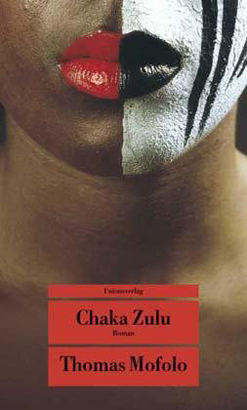 Thomas Mofolo’s Chaka, a classic of South
African indigenous literature, has been
translated into English and German. The
work is a mythic retelling of the story of
the rise and fall of the Zulu emperor-king
Shaka, and has been likened to Homer’s
Iliad.

An initiative by South Africa’s Department of Arts and Culture (DAC) will breathe new life into publishing in African languages and ensure that South African indigenous-language literary classics are preserved for future generations.

The DAC has tasked the National Library of South Africa to reprint such classics in an effort to help preserve the country’s heritage.

“The library system, otherwise starved for literature in the indigenous languages, will now have this resource to draw on,” Minister of Arts and Culture Pallo Jordan said at the launch of the project.

Ten of South Africa’s 11 official languages are indigenous, with the 11th being English. They are isiZulu, isiXhosa, Afrikaans, Sesotho, Sepedi, Setswana, isiNdebele, Siswati, Tshivenda and Xitsonga

The project is also part of a government campaign to promote a culture of reading and writing in indigenous languages, thereby reducing illiteracy. Furthermore, it will raise awareness of works that have been produced over more than 150 years in the languages spoken in the majority of South African homes.

Jordan said his hope is that schools would benefit from the initiative.

“We envisage that our school system will very soon become aware of these republished classics and that many, otherwise lost to memory, will once again be prescribed as part of the school syllabus,” Jordan said.

Professor Hennie van Coller, head of the Afrikaans Department at the University of the Free State, said such initiatives are critical to preserve indigenous languages. Some languages, such as Tshivenda, are already close to extinction.

“Publishing books is one of the ways to keep languages alive. Another important way is by using it and granting it a status,” Van Coller said.

He added that promoting a culture of reading is crucial in South Africa as it has such a high illiteracy rate. “People can’t really read and understand books,” he said.

Indigenous language books have a crucial role to play in school tuition. Van Coller said research indicates that mother-tongue tuition is extremely beneficial for a child’s development and performance at school, particularly when it comes to subjects such as mathematics.

“Children just understand better in their mother tongue,” he said.

In his address, Jordan explained that the project would concentrate on classics and works of proven literary worth during the initial stages. However, he hopes that it will create a friendlier environment for indigenous language writing and that emerging writers would come forward with their works.