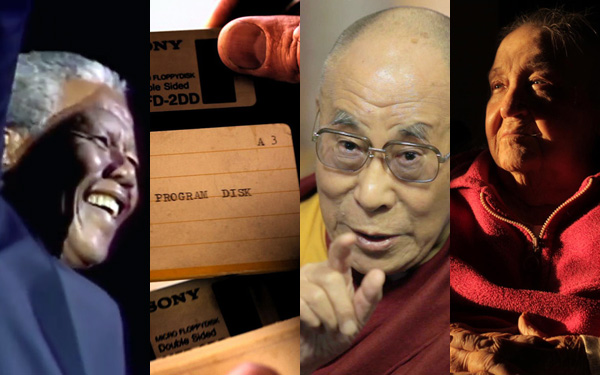 Stills from the documentaries (from left) One Humanity, The Vula Connection, Nelson Mandela: The Myth and Me, and I, Afrikaner. (Images: Durban International Film Festival)

In the first Mandela Month since Nelson Mandela’s death in December, the Durban International Film Festival is set to present, from 17 to 27 July, a series of world-class documentaries celebrating Madiba, recalling the struggle against apartheid, and exploring South Africa’s 20 years of freedom.

Held annually in the coastal KwaZulu-Natal city of Durban since 1979, DIFF is one of the oldest and largest movie festivals in Africa. This year’s event will be the biggest in its 35-year history, with 51 feature films, 66 short films, and 51 documentaries. View the full schedule.

In 1988, 600-million people across the world celebrated Nelson Mandela’s 70th birthday, watching – live or on TV – a massive concert in London’s Wembley Stadium organised by the International Solidarity Movement Against Apartheid. At the time, Mandela was still in jail. Two years later apartheid was on its way out, and Mandela was free. It was 1990 and, on his first trip to the UK after 27 years in prison, Mandela came to Wembley to thank the crowds, appearing on stage in another massive concert, again watched by a record-breaking audience. One Humanity captures this rare historical moment of global musicians and broadcasters coming together for a profound human cause, relived through interviews with a lively selection of characters who illuminate the story of the two momentous broadcasts and the setbacks, threats and triumphs they went through.

One night in 1979 political prisoner Tim Jenkin unlocked 14 doors inside Pretoria Central Prison and walked out of jail. He hadn’t stolen the keys, or bribed warders for them: he’d made them himself, out of wood. But this was just the beginning of Jenkin’s ingenuity in the struggle against apartheid. Fleeing to London, he became an unassuming backroom technician for the African National Congress liberation movement. Using very early computers, he cobbled together an unlikely communication system that allowed revolutionaries to talk secretly to each other, avoiding interception by the South Africa’s security police. Unfolding like a spy movie, The Vula Connection lifts the lid on one of the more exciting chapters of covert operations in South Africa’s struggle for freedom.

Nelson Mandela: The Myth and Me

A new work from celebrated South African director Khalo Matabane, Nelson Mandela: The Myth and Me explores his passionate and conflicted thoughts on South Africa’s greatest statesman. Matabane examines the icon’s message of freedom, forgiveness and reconciliation in the context of today’s South Africa. The film juxtaposes the filmmaker’s intimate reflections on the beatification of a complex human with those of global leaders such as the Dalai Lama, Henry Kissinger, Colin Powell, Albie Sachs and Ariel Dorfman, as well as ordinary working-class South African. The result is a profound and thoughtful meditation on Madiba’s legacy.

As South Africa celebrates 20 years of freedom, it’s difficult to believe the Mandela miracle nearly didn’t happen. With violence almost tearing the country apart in the early 1990s, some were intent on derailing the first free elections. Now, for the first time, those responsible for countless deaths and widespread mayhem explain how they nearly brought South Africa to its knees. 1994: The Bloody Miracle is a chilling look at what these hard men did in an attempt to thwart democracy, and at how each has now made an uneasy peace with the rainbow nation.

Born in 1929 to a family of Indian immigrants, Ahmed “Kathy” Kathrada devoted his life to non-violence and the struggle for freedom in South Africa. In 1964 he was convicted at the Rivonia trial alongside Nelson Mandela and spent the next 26 years in prison. In this personal documentary, the roughly 900 letters Kathrada wrote during his imprisonment carry us through a life inspired by the legacy of Gandhi’s passive resistance to oppression. The letters shed light on both the political and personal aspects of the struggle against apartheid, from the perspective of a hero whose story is entangled with that of Mandela.

In 1988 antiapartheid activist Albie Sachs was recovering in London from a car bomb that cost him his right arm and the sight in one eye when he received a note that read: “Don’t worry, comrade Albie, we will avenge you.” He wondered to himself, “What kind of country would it be if it ended up filled with people who were blind and without arms? If we achieve democracy, freedom and the rule of law, that will be my soft vengeance.” This film explores the life and struggle of the lawyer, judge writer, art lover and freedom fighter, and looks at his role in the new South Africa.

A Snake Gives Birth to a Snake

A diverse group of South African actors tours the war-torn regions of Northern Ireland, Rwanda, and the former Yugoslavia to share their country’s experiment with reconciliation. As they talk to people with raw memories of atrocity, the actors realise they must again confront their homeland’s violent past – and question their ability to heal and forgive. The film also features never-before-heard original music by jazz legend Hugh Masekela.

A youthful look at South Africa’s 20 years of freedom through the lens of music, Freedom Mixtape features interviews with groundbreaking artists from across the country – from the Belville Rock City wunderkinds to the Durban’s finest house rockers and Motswako hip hop. The film is a fresh take on the musical trajectory of post-apartheid South Africa.

A controversial and intimate coming-of-age story, Fatherland follows three white Afrikaans boys as they undergo basic military training in the style of the apartheid-era SADF, as their fathers would have done. The children go through a gruelling transformation that tests their values, beliefs and identity. Each boy has his own, often conflicted, perspective on whether he should be questioning at all. At first, the goals of the “Kommandokorps” boot camp appear to be simply fitness and camaraderie, but it is soon revealed to be part of a much more frightening project of reconditioning the next generation of Afrikaners to uphold the nationalism of their forebears.

The Last Boers of Patagonia

The Last Boers of Patagonia – also known as The Boers at the End of the World – is a portrait of an isolated culture facing extinction, far from the land of their forefathers. Refusing to live under British rule after the end of the Anglo-Boer South African war in 1902, 600 Afrikaans families sailed for the arid and freezing region of Patagonia at the southern end of South America. A century later most of their descendants have assimilated with the local population, retaining little of the culture of their ancestors. But there remains a handful of elders who speak Afrikaans every day, and through whom questions of identity, integration and erosion of culture are explored.

A look into the ever-evolving graffiti scene in Cape Town that focuses on the city’s elusive graffiti artists and the impact of recent by-laws passed by the City of Cape Town. Painting Cape Town gets into the minds of the anonymous artists, behind their assumed names, exploring their relationship with the city. Established subculture figures such as Falko and Wealz130 share their experiences of the consuming passion to paint the surfaces of the city. 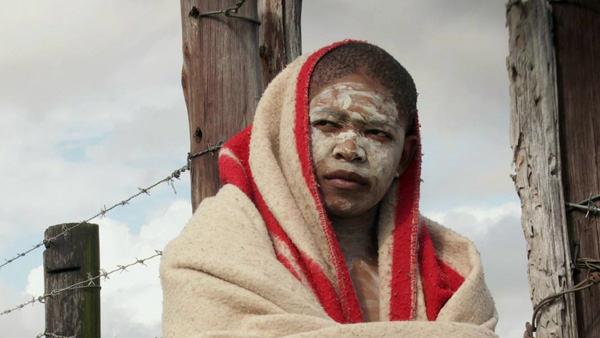 In Xhosa culture, being circumcised is as sure as taxes, just as Jewish boys will have a Bar Mitzvah. Ndiyindoda explores the complexities of a custom that has both shaped men and killed boys in South Africa.

Filmed over nine years, I, Afrikaner is a difficult and personal portrait of a family trapped in unresolved conflicts with a changing world. Examining the attitudes, experiences and emotions of four generations of “boere” as they forge a future in an uncertain landscape, the film raises issues of whiteness in rural post-apartheid South Africa. Each generational character is representative of an era – past, present or future. Set in the context of the contentious issue of land ownership, the film explores a symbolic and actual battle for ownership of space.

A photographer documents the LGBT community, exposing hate crimes that go unnoticed. An artist paints a caricature of Jacob Zuma, provoking a lawsuit, death threats and a street protest. An Afrikaans musician bases a stage character on an archetypal African dictator. Shield and Spear explores a constellation of stories about art, music, identity, race, and freedom of expression in contemporary South Africa, looking at what comes after the jubilation and celebration of a newly won freedom.

The 35th Durban International Film Festival will present more than 200 theatrical screenings and a full seminar and workshop programme, as well as the Wavescape Film Festival, Wild Talk Africa Film Festival and industry initiatives, such as the seventh Talents Durban, in cooperation with the Berlinale Talents, and the fifth Durban FilmMart co-production market, in partnership with the Durban Film Office.