The life and talents of the late Matsemela Manaka, gifted playwright, artist and poet, will be celebrated with the staging of one his musical Goree at the Market Theatre in Newtown, Johannesburg later this month.

Manaka, who was born in 1956 and killed in a car accident in 1998, was a pivotal player in the grassroots black theatre movement that grew out of Soweto from 1976. He founded the Soyikwa African Theatre group, which performed unscripted workshopped plays in a satirical response to the political repression of the time.

Although his productions were aimed at spreading the Black Consciousness philosophy to township audiences, they were also hugely successful at theatre festivals in Europe.

Goree was first performed in 1989 by the Soyikwa group and was directed by John Kani. For some of the cast, the restaging of the play will be a nostalgic experience.

Both Sibongile Khumalo and Manaka’s wife, Nomsa Kupi Manaka – who is producing the play – are cast in the same roles they played 15 years ago. Gugulethu Ngwenya will be on percussion, playing the same role that Manaka performed. Jerry Mofokeng directs the production.

Goree is about the spiritual journey of a young South African dancer (played by Manaka) whose attempts to learn African dance lead to her own self-discovery. She travels the continent, ending up at Goree, Senegal’s notorious island of slavery, where she meets a wise old woman (Khumalo) who teaches her about dance, music and art.

The woman, Oba, also imparts her wisdom about identity and xenophobia and about the need for Africans to take control of their lives.

Goree, sponsored by Eskom and Netherlands’ funding agency Hivos, runs at the African Bank Market Theatre in Newtown from 19 March to 4 April.

Tickets are available from R70 on weekdays and R90 on weekends, but previews at lower prices are on offer on 19-20 March. 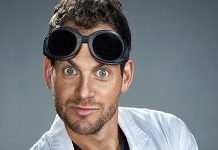 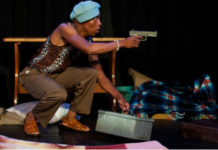