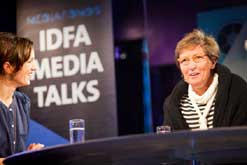 Besides the screenings of documentaries, the IDFA also holds debate forums for industry experts. 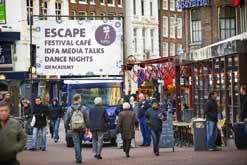 The festival is widely marketed throughout Amsterdam before and during its run. 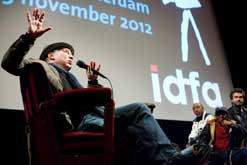 Workshops for aspiring filmmakers are presented by those who have been in the industry for a while.
(Images: IDFA)

As many as 34 local filmmakers have made their way to the International Documentary Festival Amsterdam (IDFA) – with 22 documentaries in tow – to showcase locally made productions at the prestigious event.

It is the largest South African industry delegation yet to take works to an international festival or market. Working with the support of the National Film and Video Foundation (NFVF), the Department of Trade and Industry (DTI) and the Documentary Filmmakers’ Association (DFA), the filmmakers will be able to network with producers and filmmakers from the Netherlands and around the world.

The Devil’s Lair and The Dream of Sharahrazad, directed by Riaan Hendricks and Francois Verster respectively, are just two of the productions that will be screened. A post-production dinner will also be hosted by the South Africans, which will include performances by a DJ and pantsula dancers from African Cypher, a documentary that won accolades at the 2012 Durban International Film Festival.

A 36-year-old ex-convict and gang leader from the Cape Flats is the subject of The Devil’s Lair. It follows him along his path of self-discovery, during which he confronts his violent past while at the same time tries to take care of his young family. His environment, the often violent Cape Flats, presents challenges for the man in his attempts to achieve a balance between the demands of his two roles.

Worlds away, The Dream of Sharahrazad takes the viewer through the Arab Spring, as revolutions in several Arabic countries in 2011 have come to be known. It explores the changes in Egypt, Turkey and Lebanon, using the famous story collection, One Thousand and One Nights, or Arabian Nights.

“We are very grateful to once again be part of this amazing platform,” said the NFVF’s chief executive, Zama Mkosi. “The IDFA provides us with yet another opportunity to take local projects to the world, which is one of our key objectives.”

The IDFA is the biggest documentary film festival in the world, and every year it accepts documentaries from around the world for screening. To be chosen, the films need to meet certain criteria such as relevance of the topic, execution of the project and appeal to the audience.

The DTI’s Export Marketing and Investment Assistance (EMIA) scheme works with filmmakers to help expose local productions to a wider market, as well as to assist their efforts to break into the international market. A member of the DFA board, Mayenzeke Baza, said initiatives like the EMIA were important for the growth, development and transformation of the industry in South Africa.

They helped to expose emerging and previously disadvantaged filmmakers to different markets, he said, and opportunities to sell their products to international broadcasters and funders.

“The documentary film genre is unique,” said Baza. “It stimulates public discourse, reflects on social, political, cultural and current events, explores history, commemorates heritage and unearths the mysteries of the universe and the planet.”

The IDFA opens on 13 November and runs until 24 November.

Slideshow image is of a scene from The Devil’s Lair, and is courtesy of Vimeo 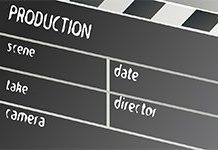 South African filmmakers get a boost