Literary icon and Nobel laureate JM Coetzee
said he was happy his archives will reside
at the Ransom Centre, which has one of
the world’s greatest research collections. 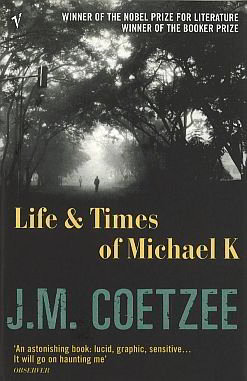 The archive of South African literary giant and Nobel laureate JM Coetzee has been bought by the Harry Ransom Centre library at the University of Texas in the US.

The collection of work covers the life and career of the author, spanning more than five decades.

It was acquired for US$1.5-million (R11-million) using funds from private donors and the university.

Coetzee said: “It is very satisfying to me to know that my papers will find a home at the Ransom Centre, one of the world’s great research collections, as my association with the University of Texas goes back almost half a century.”

Coetzee received his doctorate from the Ransom Centre in 1969.

Thomas Staley, the director of the centre, said: “He writes brilliantly of his native home of South Africa, but the themes and conflicts he explores in his works are universal. We are delighted that his remarkable archive will be available for study at the Ransom Centre.

“Known for his spare, striking and powerful prose, Coetzee has left an indelible mark on our culture.”

The award-winning novelist, academic and literary critic grew up in South Africa, but now lives in Adelaide in Australia.

He received Australian citizenship in 2006 and is a professor of literature at the University of Adelaide.

He won the Nobel Prize for literature in 2003, making him the second South African after Nadine Gordimer to win the award. He was also the first author to receive the Booker Prize twice.

Documenting Coetzee’s family life and upbringing are photo albums which include his parents, grandparents and children, as well as some of his childhood drawings.

Notebooks and manuscripts show drafts of his works at different stages of the writing process.

Some of the manuscripts show Coetzee toying with ideas of how to represent a character, such as Michael in his book The Life and Times of Michael K.

In one version he describes Michael as a “brilliant poet” and in another as an “educated dispatch clerk”. Michael’s relationship with his mother takes different formats, in one manuscript she is his wife and in another his grandmother.

The archive also includes various letters of correspondence between him and publishers spanning over 30 years. They show Coetzee’s transition from a writer seeking a publisher to his relationships with his agents and publishers.

A collection of digital material with over five boxes of discs with manuscript drafts and other material related to his works are included, as well as award ceremony, radio and interview videotapes and recordings.

One of the world’s greatest research collections

The Harry Ransom Centre aims to advance the study of the arts and humanities. It acquires, preserves and makes accessible the original cultural material to students and visitors.

The centre has an extensive collection of archives ranging from rare books, manuscripts, photography, film, art, and performing art material.

Bill Powers, the president at the University of Texas, said: “Coetzee is one of the university’s most distinguished alumni and his archive will be not only a tremendous resource for scholars from around the world, but an inspiration for the students of the university.”

According to Staley, the centre is constantly expanding and deepening its 20th century collections by acquiring the archives of major figures.