The International Federation of Library Associations and Institutions hosted its World Library and Information Conference in Cape Town in August. It enabled librarians from across the world to experience local hospitality, and allowed for energetic discussion on the role of a library in this modern era. 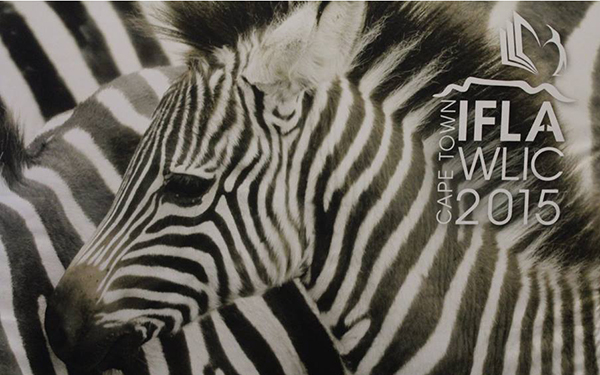 Despite the rise in popularity of digital books and other online media, there is still an important space for libraries in this day and age.

“By bridging the information gaps, libraries can contribute to building stronger communities and societies,” said Sinikka Sipilä, the president of the International Federation of Library Associations and Institutions (IFLA) at the opening of the World Library and Information Congress (WLIC): the 81st IFLA General Conference and Assembly, held from 15 to 21 August in Cape Town.

In her address, Sipilä recalled how she was the last librarian to work at the Solomon Mahlangu Freedom College, the education institution set up by the African National Congress while in exile in Tanzania during apartheid. She said the library provided an opportunity for those in exile to educate themselves.

“Finnish librarians worked there since 1985, I myself being the last one before the centre was closed in 1992,” she recounted. “We worked together with South Africans who ultimately received library and archive qualifications in Europe and Africa, and after repatriation also here at the University of the Western Cape.”

The congress gave her a chance to meet her South African colleagues with whom she had worked more than 20 years ago. “That early experience of the library and information environment in Africa and later also elsewhere has had a huge influence on me, both professionally and personally.”

It made her aware, she said, of the barriers that existed to access to information, more so in developing and transitioning countries. It also helped her to choose the presidential theme of Strong Libraries, Strong Societies.

“I chose this theme as I firmly believe that libraries exert a crucial impact on societies by promoting equal opportunities and equitable access to lifelong learning and education, to research and innovation, to culture and recreation for all,” she said.

So much more than just a library

“We believe that culture is a basic need with which communities thrive, and without it, communities die,” said IFLA secretary-general Jennifer Nicholson in her report during the IFLA’s general assembly.

“If you cannot read or write, you cannot participate… and if you don’t understand what you are reading, then you cannot fully participate in a democracy,” she added.

Sipilä noted that libraries could not only help to strengthen democracy on the African continent, but were also able to provide many more functions. “Libraries need to connect with civil society to demonstrate the value they add in eradicating poverty, illiteracy, unemployment and ignorance with special emphasis on early childhood development, youth services, women’s health and local economic development.”

#wlic2015 Ifla highlights: “If you cannot understand what you read, you cannot exercise fully your democratic rights”

South Africa’s arts and culture minister, Nathi Mthethwa, echoed her sentiments at an address in the WLIC pre-conference on the role of libraries. He described libraries as agents of change and societal development because they provided access to information and knowledge.

“We recognise the critical role of access to information and information technology in helping to eradicate poverty, promoting human rights, and enabling sustainable development by bridging the gap between national policies and implementation at local level,” the minister said.

Sipilä said the overall theme of the conference – Dynamic Libraries: Access, Development and Transformation – could assist with those goals.

Libraries of South Africa and Africa

Pointing out that libraries made a difference in people’s lives, Mthethwa said South Africa continued to transform its libraries and information services. “We need to tell our own stories,” he said. “We need to ensure that our voices, our narratives, our ideas have equal power, and assert ownership of this knowledge.”

Libraries could be used as spaces where information was conveyed through new technologies, he said, and could help to revolutionise and transform people’s lives.

There were already numerous gatherings to address the status of libraries and their role in providing access to information in Africa. These included the African Public Library summits of 2011 and 2013.

Two African librarians were among the five fellows announced during the WILC to participate in the IFLA/OCLC Early Career Development Fellowship Programme for 2016.

The five are:
• Idowu Adebgilero-Iwari from Elizade University in Nigeria
• Penninah Musangi from Karatina University in Kenya
• Željko Dimitrijevic from the National Library of Serbia
• Rhea Jade Nabusan from Tarlac College of Agriculture in the Philippines
• Shaharima Parvin from East West University in Bangladesh

The fellowship programme is designed to support library and information science professionals from countries with developing economies and will take place at Online Computer Library Centre (OCLC) headquarters in Ohio, USA.

The fellows will participate in discussions with library and information science leaders, visit various libraries and take part in professional development activities. “This is one of the best opportunities available for librarians in the world,” said Masimba Muziringa of University of Zimbabwe Libraries, a 2015 Fellow.

Librarians of the world, unite and have fun. #wlic2015 pic.twitter.com/s2CKY7nKFQ