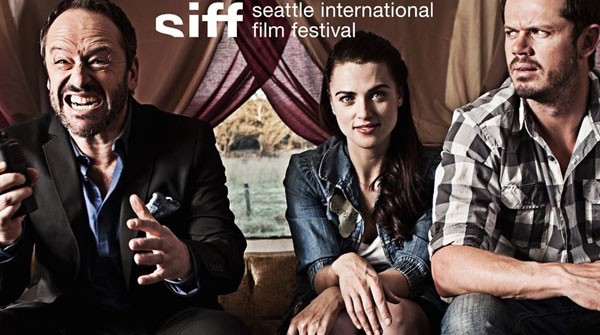 Leading Lady tells of a teacher and struggling actress who enlists the help of a South African sheep farmer to help her in preparing for the film role of a lifetime. (Images: Leading Lady)

A romantic comedy from South Africa, Leading Lady, will have its world première at the Seattle International Film Festival (SIFF), in the Pacific Northwest United States.

Matthew Mole, the popular musician, will perform live at the screening. SIFF opened on 15 May, and runs until 8 June. Leading Lady will be screened on 7 June at 7pm, and again at 1.30pm the next day at the Harvard Exit.

The film, by director Henk Pretorius, stars some of South Africa’s finest actors, including the singer Bok van Blerk, whose latest album, Steek die Vure Aan, has outperformed all expectations, and Brümilda van Rensburg, who has returned to South African TV screens in Binnelanders as Jana du Preez. Other cast members are Canadian Gil Bellows (Ally McBeal, Shawshank Redemption), who has added to his 80-plus television and film credits by sharing the silver screen with Susan Sarandon and Donald Sutherland; and Irish actress Katie McGrath, who has recently been cast in Steven Spielberg’s Jurassic World. 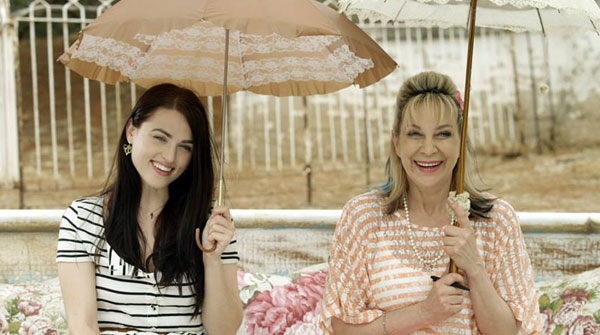 Pretorius’s previous film, Fanie Fourie’s Lobola, won the SIFF 2013 Golden Space Needle Award for Best Film. He returns this year with an inspiring tale of an aspiring English actress, Jodi Rutherford, played by McGrath (Dracula, Merlin), who persuades a South African farmer from Brandfort, Kobus Willemse, played by Van Blerk, to prepare her for a role in a major Hollywood film as an Afrikaner war heroine. The legendary Van Rensburg also gives a quirky performance as Magdaleen Willemse.

A self-proclaimed “passionate observer of humanity”, Pretorius made Bakgat in 2006, which went on to become South Africa’s first film trilogy and one of the most popular Afrikaans films ever made. Mole is a South African multi-instrumentalist who blends Mumford-style folk with electronic layered tones. He has gone from winning songwriting contests to making chart history.

Leading Lady tells of a teacher and struggling actress who enlists the help of a South African sheep farmer to help her in preparing for the film role of a lifetime.

The SIFF programme explains: “Famous film director Daniel Taylor (Bellows) is planning a film about a historical Boer woman. His British actress girlfriend, Jodie, covets the role but realises she must travel to South Africa to fully embrace the character. On arrival she meets ruggedly handsome Kobus, a young farmer who shares the same last name as the historical character, and eventually convinces him to let her stay at the farm. In payment, Jodie will act and direct the annual summer play with a ragtag group of misfits, including a scene-stealing supporting role Eduan van Jaarsveldt, who played Fanie in last year’s award winner, as Kobus’s much-looser brother.”

As is to be expected, it says, the blossoming relationship between Jodie and Kobus becomes much more complicated when Daniel arrives for location scouting. “Combining outstanding performances and a deep love of Afrikaans Boer culture with delightful deviations from the romantic comedy formula, writer-director Henk Pretorius confirms the promise of Fanie Fourie’s Lobola with another meaningful, laugh-out-loud comedy about following your dreams and finding your place.”

Leading Lady is produced by Dark Matter Studios’ Llewelynn Greeff and Pretorius. The film is distributed in South Africa by Ster Kinekor Entertainment and will open in South Africa on 28 November.