Kwaito is not just music. It is an expression and a validation of a way of life – the way South Africans dress, talk and dance.

You can read Source magazine all you want for information on the newest hip hop beats, but the next big thing may be sneaking up behind you from South Africa. As the post-apartheid fog clears, South African youth culture is finding its own voice in a style of music known as kwaito and spawning a new (and profitable) industry.

Summarising the state of the kwaito industry is like trying to condense the history of American hip hop music into a few pages. Some broad brushstrokes will serve as an introduction, but to fully appreciate kwaito, you’ve got to hear it for yourself.

Like hip hop in the United States, kwaito is not just music. It is an expression and a validation of a way of life – the way South Africans dress, talk and dance. It is a street style as lifestyle, where the music reflects life in the townships, much the same way hip hop mimics life in the American ghetto.

Just as many of the influences on hip hop come from the streets of New York and California, kwaito is known as the musical voice of young, black, urban South Africa.

Rage, a South African lifestyles magazine, described the sound of kwaito as “a mixture of all that 1990’s South African youth grew up on: South African disco music, hip hop, R&B, Ragga, and a heavy, heavy dose of American and British house music.”

Like many styles of house and rave music, kwaito is not performed using live instruments. Rather, the tracks are manufactured in a studio, then played as backup on stage or in clubs for the artists singing to them live.

Perhaps the best example of kwaito music can be discovered by listening to the music of Arthur Mafokate. Mafokate is one of the giants of the industry; he is a hit kwaito artist as well as a producer of newer kwaito bands.

The history of kwaito music is impossible to separate from the political history of South Africa. It should come as little surprise that the emergence of kwaito coincided with the election of Nelson Mandela as the first democratically elected president of South Africa. Previously, there was little room for black artists in the mainstream South African music business.

Commercially produced music began in South Africa in 1912, and for many years industry labels were owned mainly by whites. Consequently, kwaito artists faced almost impossible odds getting signed and resorted to forming their own record companies. Many of these companies flaunted their independence too, with names like Triple 9 Records, Wicked Sounds, Ghetto Ruff and MDU Music.

From the beginning, kwaito carried with it an undercurrent of oppression. The throbbing, pulsating music was often accompanied by politically pointed lyrics that embodied the newly animated youth culture. For example, one of the earliest kwaito songs, “Kaffir’, risks mocking white South Africans’ use of derogatory names for blacks:

Whether kwaito is a force for social change or a musical style reflecting the energy of South African youths is up to whom you ask. Kwaito group Natizea told Johannesburg magazine Hola earlier this year: “Kwaito is our way of contributing to change in this country. It is also a way to remind public opinion what the ghetto expects from change: jobs, better schools and peace on the streets.’

Power of the (party) people

The historical trajectory of the genre imitates the lifespan of other underground musical acts of the past. Opposing imported pop music fads, a rough and anemic kwaito emerged as a new contender, layering European house with local attitude. The addition of a slowed tempo, elevated percussion, piano riffs and African melodies – sung in one of South Africa’s many dialects including Afrikaans, English, Zulu, Sesotho and Iscamtho (street slang) – resulted in a polished kwaito that exploded in popularity. By the 1990s, kwaito was everywhere.

In a country where nearly half the population is under 21, youth culture exerts a major influence on social life. Translation: Kwaito is a profitable industry. South Africa has a population of over 40 million; 75% are black and many are living in the ghetto.

It’s these youths especially who lay claim to kwaito. Their stories spawned it, and the post-apartheid economy gave them the opportunity to produce and sell it. Today, they’re buying kwaito albums in record numbers.

Well, “record numbers” is a relative term: Selling 25 000 CDs in South Africa means an album has gone “gold”, as opposed to the 500 000 record sales it takes to go gold in the United States. Some of the heavy hitters of kwaito have sold over 100 000 records, making them major players in the South African music industry.

Yet with almost every success comes controversy, and the same is true for kwaito. Today, purists claim that kwaito artists have begun to rest on their laurels, exploiting the easy formula that’s been the ticket to their success. They argue that the industrial house blend of kwaito that’s played increasingly today has arrested the political energy that had been so vital to the genre in its infancy. With the newest kwaito music swept into the mainstream, there’s a fear that all that’s unique to the genre will be distilled.

There’s also the fear that an infusion of gimmicky marketing will exploit kwaito’s exploration of a country beginning an era of self-rule – notably, one of the last emancipated in the post-colonial world. It’s understandable, then, that globalisation is seen as a threat rather than an ally in the construction of kwaito culture. <p. Exposure to the West was inevitable during South Africa’s colonial days, but apartheid limited blacks’ ability to fully participate in their own culture. Ultimately, kwaito – the first artifact of the newly emancipated black culture – is showing signs of reflecting the characteristics of its oppressors, and some of the fundamentalists are justifiably insulted.

As with any burgeoning subculture, however, there are parts that are appreciated and those that are criticised. Some claim that kwaito’s newest acts are over-sexed, absent of thoughtful lyrical content, and infused with vulgar industrialised sexual cliches in dance style, dress and melodies. They fear that kwaito’s newest records are mixed specifically for foreign appetites like the United States’, forcing the music’s roots to be ignored.

Pre-fabricated cultural branding poses a real threat to kwaito – a genre that’s always been about spontaneity. Worse, the music prepared for foreign markets paints a falsified picture of what life is really like in South Africa.

Kwaito did not originally aim to show a South Africa happy in its new urbanity, especially because urban life has been exploited by foreign commerce. For these reasons, kwaito’s best moments become those that deliver a chorus of black voices opposing a legacy of bureaucracy and racism, and anticipating a new identity and mobility on its own terms. 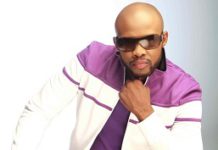 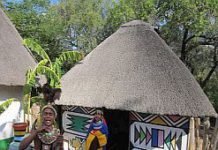 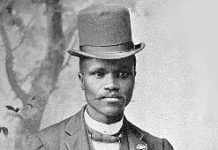 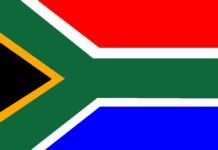 The A to Z of South African culture 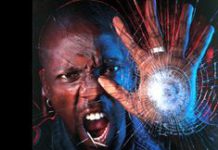 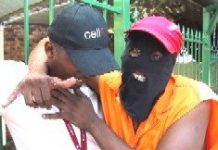