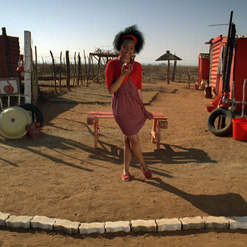 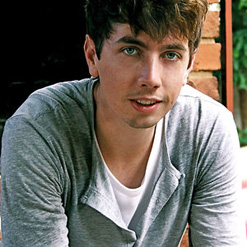 Director Miklas Manneke, who believes art is the ability to create a new world in order to change the current one. 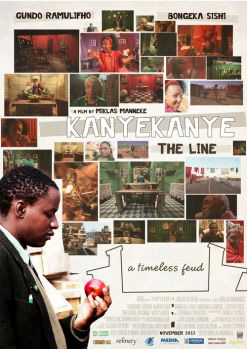 South African short film KanyeKanye: The Line has won an Audience Choice Award for Best Short Film at the 49th Chicago International Film Festival in the US. The festival introduces Chicago, and the world, to new filmmakers, new stories and new perspectives.

Inspired by the Dr Seuss children’s book The Sneetches, director and writer Miklas Manneke told film magazine Screen Africa that his fairy tale is about hardships and hustling in a segregated township.

“Two characters are divided by preconceived notions. When they fall in love, despite an age-old feud, they devise a way to overcome the territories division.”

The Sneetches, about little yellow creatures divided by their appearance, has been widely accepted as an allegory for racism, with some accounts saying it was specifically inspired by Seuss’s opposition to anti-Semitism.

Manneke 23, said KanyeKanye was always going to be based in South Africa’s racially divided history. He and cinematographer Charles Ryder agreed that international audiences tend to see South African township stories through a lens of negativity, crime, poverty and violence.

It has been 20 years since apartheid and the film aims to show how far the country has come.

In an interview with African cinema webzine Allacine, Manneke talked about his journey to becoming a filmmaker. He said he “yearns for discovery, loves to travel and capture moments on film and photos”.

He has always had a love for film, photography and storytelling and could often be found filming family members with a toy camera.

When he took film studies at school and found himself fascinated by camera angles and filmmaking, he realised he had found his calling. He immersed himself in the art of film. “You are able to change the world by creating another,” he said.

Inspired by “quirky, fanciful films” such as Amelie, Big Fish, The Darjeeling Limited and Edward Scissorhands, Manneke is carving a niche in cinema.

A Romeo and Juliet romance

“The film is about two best friends, Mpho and Mpho,” said Manneke. “In the 1960s, they run one of the most well-known apple shops in South Africa until they have a bitter disagreement about which apple is better: the green or the red one. Their argument escalates to such an extent that the whole town is divided; the split symbolised by a white line across it.

“However, a young man by the name of Thomas, from the greens, falls in love with Thandi, who is from the red side of town. The romantic comedy tells the tale of how the two youngsters, who are warned against any affiliation, get to communicate without their parents and communities knowing.”

Forbidden to see each other, they use tins connected by wires to communicate.

The town’s folk cling to their green and red fealty, displayed in the colour of their houses and the clothes they wear.

“The most important thing, however, is that the reds and greens would never mix,” said Manneke.

“I chose apples because the greatest divides are caused by something as small as an apple. Conflict can be avoided by someone simply saying, ‘Enjoy your apple.'”

Talking to news and opinion website The Daily Maverick, Manneke said: “The second you take away any preconceived ideas about someone, anyone can connect or just start talking. That is what happens in KanyeKanye. But when communication comes to an abrupt end, a new hatred develops between the reds and greens, which causes more animosity than ever. Only when Thomas discovers that the tin wire has been cut and that this is the reason for the breakdown in communication, can he and the town – and Thandi – reconnect. As he proclaims his love to Thandi, he dares her to meet him at the division line with the entire town joining in.

“In KanyeKanye the dispute between the reds and greens is solved within 27 minutes; in reality similar divisions still exists after decades.”

The movie dialogue is in Zulu, which Manneke neither speaks nor understands; he simply wanted the story to be told in an African language. The Romeo and Juliet tale is also a refreshingly different stake on a South African story and Manneke wants the world to see that it is just as relevant locally as it is internationally.

Ideally Manneke wants a worldwide audience for KanyeKanye, in which people are able to shift their perceptions and blur divisions with openness and understanding, eliminating hostility and anger. Although critics told him a white man couldn’t tell a black township story, Manneke went ahead with his dream script, saying he believed it was a story that had to be told.

KanyeKanye also hits close to home for Manneke. His father, a Lutheran pastor in Germany, has been targeted by neo-Nazis for his outspoken stance against racism.

With the Walkerville, Johannesburg, township’s community involvement, two new shacks were built for the main characters, and 30 houses painted in shades of green and red.

“It was a lot of work but we had so many people helping; we had assistance from first year and second year students from AFDA,” says Manneke.

Manneke is already working on two new films. “The one is about a little girl who goes to live up a tree that is at risk of being cut down. The film follows how she eats and works and even has relationships up the tree.”

Manneke is interested and inspired by movements led by small people against big powers and hopes to explore this in his next two projects.