In the Hollywood blockbuster movie, Captain America: Civil War, South African star John Kani portrays the king of the Wakanda nation, a fictional African country. To give the role greater authenticity, Kani used Xhosa as the indigenous language of Wakanda during a scene with US actor Chadwick Boseman, who plays T’Challa, his son, heir, and the Black Panther.

Kani recently spoke to the South African Sunday Times newspaper about the role and how he convinced directors Joe and Anthony Russo to give the characters a true African feel, as opposed to how the continent and its people have been portrayed on film in the past.

“I asked the directors ‘why am I speaking English to my son?’ We are supposed to be from Africa.”

The Russo brothers enthusiastically agreed. Kani taught Boseman a few phrases and how to get the unique Xhosa click perfect. Kani said the directors enjoyed the clicks because it gave the dialogue a sense of realism.

Since opening at cinemas at the end of April, proud and pleasantly surprised South Africans took to Twitter to celebrate this small slice of Mzansi in Hollywood.

I didn't know that John Kani is also in Captain America Civil War. I am so proud of him

That scene when John Kani speaks isiXhosa on the #CaptainAmerica movie, priceless #thisflag
— #7XPSLchampsSundowns (@hector_mbatha) May 14, 2016

Respect to John Kani for getting the producers to put isiXhosa into Captain America. 👏👏👏

Got so excited when I heard the legendary SA actor(John Kani) speaking isiXhosa on Captain America.
— Liga Champion (@LulamaFCB_RCB) May 8, 2016

Hear the rest of the interview with Kani on the making of Captain America: Civil War. He shares unique insights on the Hollywood blockbuster from the perspective of one of Africa’s most accomplished actors.

Kani has been acting for over 50 years, first finding widespread fame performing and writing with playwright Athol Fugard in Sizwe Bansi is Dead in the early 1970s. He performed the play on both the West End and Broadway. He also won a Tony award for his performance in 1975.

He became the first black South Africa to perform as Shakespeare’s Othello in apartheid South Africa in 1987.

During the 1970s, 80s and 90s, Kani appeared in a number of local and international films, including A Dry White Season, The Ghost In The Darkness and End Game, which dealt with the ANC-National Party negotiations during the final days of apartheid. Kani played Oliver Tambo to British actor Chiwetel Ejiofor’s Thabo Mbeki.

Created in 1966, the Black Panther character is the first black superhero in American mainstream comic culture and the first to have an African origin story.

He is the son of the King of Wakanda, where a meteorite imbued superpowers to the royal and his descendants to protect the country’s people and fight against evil threatening the continent.

The Black Panther began as a supporting character in the X-Men, the Avengers, Spider Man and Daredevil. Soon the character had his own comic book title, where some of the best and most outspoken African-American and African writers and artists have built on the Black Panther’s mythology.

A Black Panther standalone film is currently in pre-production, with award- winning director Ryan Coogler. Boseman will reprise his role. The film will be shot in Africa and feature actors and crew from the continent, including South Africa. The film will be released in 2018. 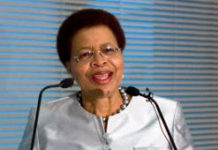 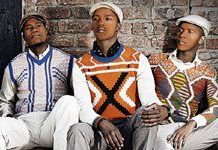