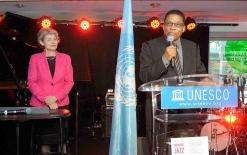 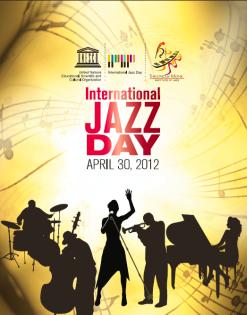 The 2012 International Jazz Day is a
cultural event aimed at fostering peace
and unity.
(Image: Unesco) 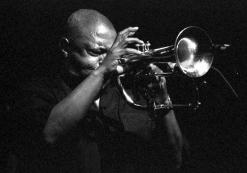 Jazz veteran Hugh Masekela is one of the
many stars who have given their time
and talent to support the initiative.
(Image: Wikipedia)

The last day of April marks the first-ever International Jazz Day, proclaimed by Unesco during the global organisation’s 36th general conference in November 2011.

Legendary musicians Hugh Masekela and Angélique Kidjo were two of the many stars who took to the stage to celebrate the day.

International Jazz Day is intended to raise awareness around the world of the virtues of jazz as the “universal music of freedom and creativity”, as an educational tool, and as a force for peace, unity, dialogue and enhanced cooperation among people.

Many governments, civil society, educational institutions, and private citizens will use the opportunity to foster greater appreciation not only for the music but also for the contribution it can make to building more inclusive societies.

“Jazz has been a force for positive social transformation throughout its history, and it remains so today,” said Unesco director-general Irina Bokova. “This is why Unesco created International Jazz Day.”

Bokova said that jazz, with its roots in slavery, has always raised a passionate voice against all forms of oppression.

“It speaks a language of freedom that is meaningful to all cultures,” she said. “The same goals guide Unesco in its efforts to build bridges of dialogue and understanding between all cultures and societies.”

Unesco’s message, she said, is that “jazz connects people, cultures and the world”.

The UN named numerous reasons for its declaration of the international musical day. Jazz breaks down barriers and creates opportunities for mutual understanding and tolerance, said the organisation; it’s a vector of freedom of expression, and a symbol of unity and peace.

Finally, it encourages artistic innovation, improvisation, new forms of expression, and inclusion of traditional music forms into new ones.

The power of music

International Jazz Day launched officially on 27 April at the Unesco headquarters in Paris.

“Jazz is a response to oppression that is not bullets and blood,” said Hancock, a UN goodwill ambassador. “Jazz is the expression of harmony, and at the same time of hope and freedom.”

The day concluded with a concert featuring Hancock, Masekela, guitarist Marcus Miller, and a host of other stars.

Around the world, events were in full swing from early in the morning on 30 April, with two more star-studded official Unesco concerts and many others on the programme – in New Orleans, known as the birthplace of jazz, a sunrise concert during that city’s Jazz and Heritage Festival saw the likes of Hancock, Dianne Reeves and Ellis Marsalis celebrating the power of music.

“Jazz is truly a positive diplomatic force because of its cultural contributions,” said Hancock.

The event was be co-hosted by Robert de Niro, Michael Douglas, Morgan Freeman and Quincy Jones.

The concert started at 19h30 (eastern time) and jazz lovers around the world were able to see it live via video streaming on the UN’s YouTube page, the UN webcast page, the Jazz Day website and the Thelonious Monk Institute of Jazz.

The country has a proud jazz history that goes back to the vibrant days of the old Sophiatown and beyond. It came to South Africa just after the end of World War One, in the form of a visiting Dixieland band from New Orleans. This, together with technological innovations such as radio and the gramophone, helped drive the development of early township music and during the 1920s the genre grew in popularity.

“It was during the late 20s that Boet Gashe, an itinerant organist from Queenstown, popularised the three chord system, the forerunner to the marabi and mbaqanga styles that were later to be perfected in the township shebeen environments of Johannesburg and Pretoria,” wrote the late jazz pianist and academic Hotep Idris Galeta.

As with other countries, the growing system of racial oppression in the country only made the jazz voices stronger, even though many of them, such as Abdullah Ibrahim and the late Miriam Makeba, were forced to ply their trade in exile.

Sophiatown in Johannesburg played a major role in the refinement of South Africa’s township music between the 1930s and 1950s, until the apartheid system caused the dance halls to close and the musicians to go underground.

During the struggle years jazz became the voice of the oppressed, and was played at political rallies in townships and today the new generation of young jazz musicians is carrying the spirit of their predecessors. Events such as the annual youth jazz festival at the National Arts Festival ensure that the standard remains as high as it ever was. 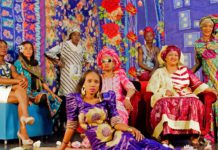