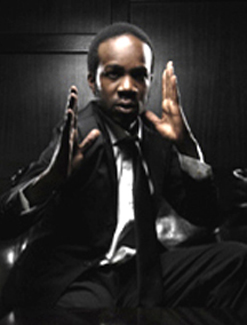 David Kibuuka’s dry wit has made him
a firm favourite on the comedy scene. 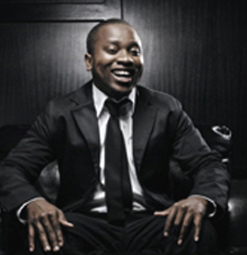 Eugene Khoza is known for his boldness
and quick- thinking comebacks. 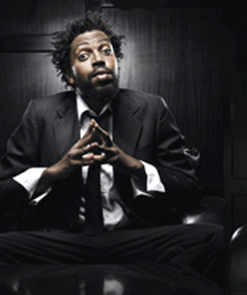 With over 10 years experience under his
belt, Kagiso Lediga is one of South Africa’s
leading funny men. 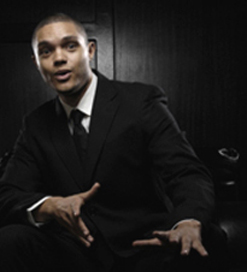 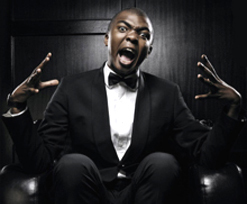 The Cape Town International Comedy Festival taking place from 7 to 21 September is billed as the biggest gathering of comedians in South Africa.

Now in its 12th year, the event attracts hundreds of comedy lovers each year and the 2008 edition of the festival has been beefed up even more.

International comedians set to perform this year include, Mario Joyner from the United States, who opened for comedy legend Chris Rock’s No Apologies world tour, which also toured South Africa in June. He is also famous for his portrayal as the “pimped-out” lawyer in several episodes of US sitcom Seinfeld, as well as his guest appearances in Everybody Hates Chris.

He returns to South Africa as host of the Main Arena venue at the festival. Fresh from Chris Rock’s world tour, he also opened for Jerry Seinfeld during his recent nationwide tour of the US.

Sugar Sammy, a Canadian comedian of Punjabi descent, is also a firm favourite set to have festival goers rolling with laughter. Sammy has enjoyed quite a lot of success around the world, with his one-man show and his unique brand of stand-up comeday setting attendance records in the US, Europe, South Africa, and Asia.

As with every year, there will be a platform for established as well as up-and-coming comedians. The “comedy showdown” programme consists of new and unknown comedians competing for the number one position. Over the course of the 14-day festival, the newbies will compete against each other, until the final few are awarded a chance to perform at the finale.

South African comedians, who have recently been making international news, will also showcase their skills at the festival.

Internationally acclaimed business and finance newspaper The Wall Street Journal recently featured a group of South African comedians who have been fearless in tackling social issues.

The group of young, black comedians recently made the cover of the newspaper’s entertainment section, for their fearless comedic routines which joke about apartheid, from which many South Africans still carry scars.

But if there is any therapy in humour, then these comedians Loyiso Gola, David Kibuuka, Kagiso Lediga, Trevor Noah, part of South Africa’s growing stand-up comedy fraternity, are proving that there could be some truth to the cliché “laughter is the best medicine”.

Interviewed by author and Journalist Rian Malan for the Wall Street Journal, the comedians were not shy to talk about being part of a fraternity of comedians who break boundaries and who tackle issues that many South Africans still won’t dare to discuss, even at the dinner table.

All based in Johannesburg and working regular gigs on the underground scene, the comedians gained much of their popularity after their hit TV show The Pure Monate Show literally meaning The Pure Delicious Show in Tswana, one of South Africa’s 11 official languages.

The show consisted of satiric skits, which took a swipe at the nation’s obsession with crime, race, social standing and also the ever popular Zimbabwe jokes.

Although the aim of stand-up comedy is to make audiences laugh at themselves in a non-degrading manner, the new breed of stand-up comedians are addressing serious issues, using humour as a medium.

This young breed of comedians also find themselves in a favourable position where they are able to make comedy a full-time career, enabling them to constantly hone their craft.

Trevor Noah for instance, although the 24 year-old has been performing for a little over two years, his sharp wit and bravado have already made him a firm favourite in South Africa.

His career highlights include opening for internationally acclaimed comedian Russell Peters on his South African Tour, and being chosen to represent his country as the only local act at the Jozi International Comedy Festival that included six other headlining acts from six countries around the world.

His achievements also include performing at the 2008 Cape Town International Comedy Festival. Comedians from around the world, including Canadian Sugar Sammy, are billed to perform at the festival.

Leading the pack is Kagiso Lediga, with over 10 years’ experience under his belt. He started performing while he was still studying at the University of Cape Town.

Often described as crass; Lediga was the creator of the Pure Monate Show, which has in the past, been nominated for eight South African Film and Television Awards.

As a writer, and one of the lead actors in the South African cult movie, Bunny Chow, he has also enjoyed success as a filmmaker. Bunny Chow scooped awards at the Toronto, Los Angeles, Sydney and Melbourne Film Festivals.

One of the new leading faces of comedy in South Africa is Eugene Khoza. Described as an all-rounder comedian, he’s said to challenge prejudices and inverts stereotypes, tear down barriers and build up bridges. Undaunted by working in his native African language and in English, his razor sharp performances are littered with vernacular references and vivid characterisations.

Khoza uses his life growing up in South Africa’s black townships as his source of humour, but cleverly include current affairs into his routine.

From humble beginnings, which began when he won a comedy competition, he has grown from a relatively unknown name, to performing at all the major comedy events including the Blacks Only, Just Because comedy festivals as well as Heavyweight Comedy Jam. He is now the TV host of a programme keeping South Africans abreast on the developments leading up to the Fifa 2010 World Cup entitled, Build Up to 2010.

Ugandan-born David Kibuuka’s popularity in South Africa has been on a steady growth path since he entered the comedy scene about three years ago. An honours graduate in finance at Wits University “Dave” as he is popularly known, has a unique brand of humour that combines wit and intellect without losing touch with his audiences.

2008 has been a particularly good year for the finance-guru turned comedian. This year he opened for one of the top comedians in the world, Australia’s Carl Barron during his South African Tour.

Apart from stand-up comedy, David also has a keen interest in movies, having also been a part of the critically acclaimed Bunny Chow film. He continues to grow his brand of comedy, which not only includes jabs at South Africans, but Africans as a whole, having lived in other parts of the continent.

Award winning comedian Loyiso Gola, is notoriously known for keeping his audiences on the edge of their seats with slacked jaws and wide eyes thanks to his “shock tactic” humour.

Having started his career from his hometown, Cape Town, while he was still in high school, his big break came when he was a runner-up in the prestigious Freshest Five comedy competition in 2003. Gola was only 19 at the time.

With a successful one-man show Loyiso Gola for President and a TV show which he co-hosted with South African satire legend Pieter Dirk Uys, Loyiso is a versatile comedian, equally comfortable on stage an in front of the camera.

His credits include opening for international superstars Russell Peters and Sugar Sammy on their South African tours, as well as his performances in London, Dubai and New York.

The comedy fraternity was first made aware of his talents when he won the Sprite Soul Comedy competition and was the runner-up in the professional category of the Freshest Five Comedy Competition literally upon his arrival in Johannesburg in 2003.