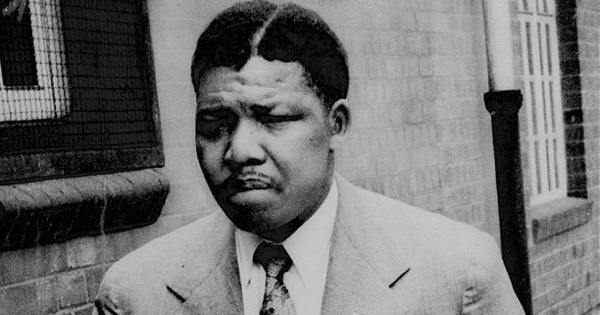 “Political division based on colour is entirely artificiall and when it disappears, so will the domination of one colour group by another.” Nelson Mandela (Images: NelsonMandela.org)

As South Africa celebrates 20 years of a vibrant and robust democracy, it commemorates a significant trial in the country’s turbulent history the 1963 to 1964 Rivonia Trial.

The trial – named for the Johannesburg suburb in which members of the African National Congress’s (ANC) armed wing (Umkhonto We Sizwe, The Spear of the Nation) hid out – was a gruelling one for the 11 accused, but on 20 April, 1964, late former president, Nelson Mandela, gave a rousing address in the courtroom.

It was a defining moment in the trial when Mandela condemned the court as unlawful, saying that its decisions were cruel and unjustified and that objecting to such rulings was critical. His speech from the dock is a milestone in the struggle against apartheid, articulating why the ANC instigated what came to be known as the armed struggle, and Mandela’s willingness to sacrifice his own life to achieve equality and freedom for all South Africans.

The armed struggle was a tactical response to the apartheid regime’s increasingly brutal crackdown on dissenters; in response, in December 1961, the ANC launched a sabotage campaign. Hoping to “bring the government to its senses” Mandela and his comrades tried to avoid casualties as they blew up public buildings, railway tracks and power lines.

The state countered with assassinations, detention without trial, and torture, and on 11 July 1963 the police raided an ANC hide-out, Liliesleaf Farm in Rivonia, arresting the majority of the trialists. At the time Mandela was already in prison, serving a five-year sentence for leaving the country without a passport; for his clandestine trip around Africa in 1962; and for incitement, having played a role in planning a three-day strike against South Africa becoming a republic in 1961. He became “Accused No. 1”.

The specific charges the accused faced were:

• Recruiting persons for training in the preparation and use of explosives and in guerrilla warfare for the purpose of violent revolution and committing acts of sabotage;

• Conspiring to commit the aforementioned acts and to aid foreign military units when they invaded the Republic;

• Acting in these ways to further the objects of communism; and

• Soliciting and receiving money for these purposes from sympathisers in Algeria, Ethiopia, Liberia, Nigeria, Tunisia, and elsewhere.

On 30 October 1963 Hepple was released and charges withdrawn on condition he testify against his comrades. He never testified, instead fleeing the country. On 4 March 1964 Kantor was acquitted. Bernstein was found not guilty and discharged, but rearrested immediately upon leaving the dock. He also later left the country.

Mandela, Sisulu, Kathrada, Mbeki, Goldberg, Mhlaba, Mlangeni and Motsoaledi, were convicted of sabotage and sentenced to life imprisonment. As the only white person sentenced, Goldberg was sent to Pretoria Central Prison. The other seven were sent to Robben Island.

Listen to the speech here

Mandela’s iconic ‘Speech from the Dock’

George Bizos, Mandela’s lawyer, confidant and friend, described Mandela’s strategy during the trial; “Mandela, with the concurrence of all his co-accused and the legal team, decided that they would challenge the legitimacy of the regime. He would make a statement from the dock and they would give evidence on oath not only to expose the truth about the oppression of the people of South Africa by an illegitimate regime, but also to appeal to the world at large that they had no choice.

“They appealed to the world jury to acquit them of any moral wrongdoing and to convict the regime of committing crimes against humanity. They used the courtroom as a forum to proclaim that their cause was just. Mandela was aware that the defence that the accused – and he in particular – had adopted was a dangerous step.”

Mandela faced the court, and spoke at length on his, and the ANC’s, commitment to fighting injustice and inequality. “Political division based on colour is entirely artificial,” he said, “and when it disappears, so will the domination of one colour group by another. The ANC has spent half a century fighting against racialism. When it triumphs, as it certainly must it will not change that policy.

“The invincibility of our cause and the certainty of our final victory are the impenetrable armour of those who consistently uphold their faith in freedom and justice in spite of political persecution.”

He admitted planning acts of sabotage, saying, “Some of the things so far told to the court are true and some are untrue. I do not, however, deny that I planned sabotage. I did not plan it in a spirit of recklessness, nor because I have any love of violence. I planned it as a result of a calm and sober assessment of the political situation that had arisen after many years of tyranny, exploitation, and oppression of my people by the whites.”

He concluded his statement saying, “During my lifetime I have dedicated myself to this struggle of the African people. I have fought against white domination, and I have fought against black domination. I have cherished the ideal of a democratic and free society in which all persons live together in harmony and with equal opportunities. It is an ideal which I hope to live for and to achieve,” and then, against his defence team’s advice, he issued a bold challenge to the court, saying, “But if needs be, it is an ideal for which I am prepared to die.”

According to the Nelson Mandela Foundation, Mandela later recounted the “tremendous impact” of the speech, particularly the last paragraph; “When I came to that paragraph I closed the document and I put it on the table; and then faced the judge, looked at the judge straight and made that statement … the judge never looked at me again. That whole day you see, [he] didn’t look at me.”

Journalist, Ron Anderson, covered the trial for the Johannesburg-based The Star newspaper; he described his reaction to Mandela’s statement, saying, “… walking past [Paul] Kruger’s statue … I said to myself, ‘I’ve heard something memorable, historical’.

“Mandela just stood there quietly and deliberately and without any theatricals or anything … he just said ‘this is something I’m prepared to die for’ … He didn’t wave his arms or anything; he just delivered it in a measured tone.” 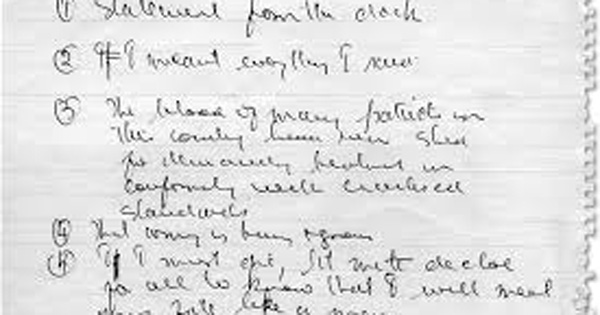 Mandela’s speech from the dock is a milestone in the struggle against apartheid, articulating why the ANC instigated what came to be known as the armed struggle, and Mandela’s willingness to sacrifice his own life to achieve equality and freedom for all South Africans.

The Rivonia Trial was a turning point in the struggle against apartheid; the trial further focused world attention on the plight of black South Africans, prompting cultural and sporting bodies – including Fifa and the International Olympic Committee – to terminate South Africa’s membership in the organisations; the country became a pariah.

The trial’s outcome also affected political activity inside the country, making it virtually impossible to resist the apartheid government openly; liberation organisations were driven further underground and networks outside the country were strengthened. But by the late 1980s and early 1990s, international pressure and internal strife led to negotiations to overturn apartheid laws.

After 27 years and eight months, Mandela was released from prison on 11 February 1990, ushering in South Africa’s now 20-year-old democracy. 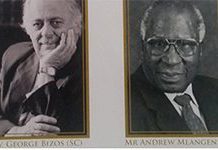