Chenjerai Mutasa and Isaac Mukonde are Zimbabwean artists who bring to life the junk we toss out. Using old car parts, wire, driftwood, metal and stone – mostly claimed from the scrapyard – they build beautiful and imaginative sculptures. 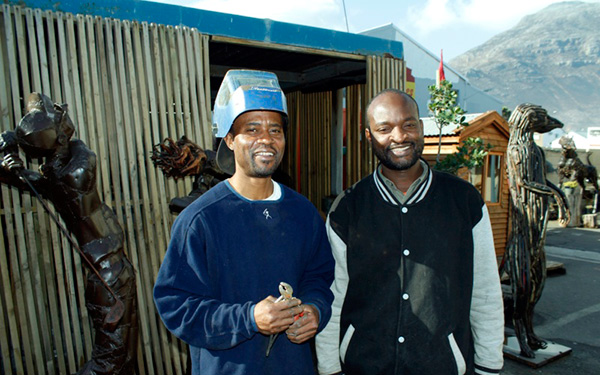 Chenjerai Mutasa (left) and Isaac Mukonde in front of their workshop next to the harbour in Hout Bay, near Cape Town. (Photo by Masixole Feni)

The two artists knew each other as children at the same primary school in Harare, but their paths separated when they left Zimbabwe in the late 1990s. For 10 years Mutasa lived in New York, while Mukonde moved to South Africa.

In 2012 Mutasa and Mukonde were reunited in Cape Town. Together with Mutasa’s elder brother, Mambakwedza, they opened a workshop next to the harbour in Hout Bay, a town south of the city on the Atlantic seaboard of the Cape peninsula.

“An artist is always on the move,” Mutasa says. His art has taken him to Europe several times, and he now travels regularly between Zimbabwe and South Africa. He says travel both exposes the artist’s work to a wider audience, and helps “expand your mind and perspective, your influences and the materials you work with”. 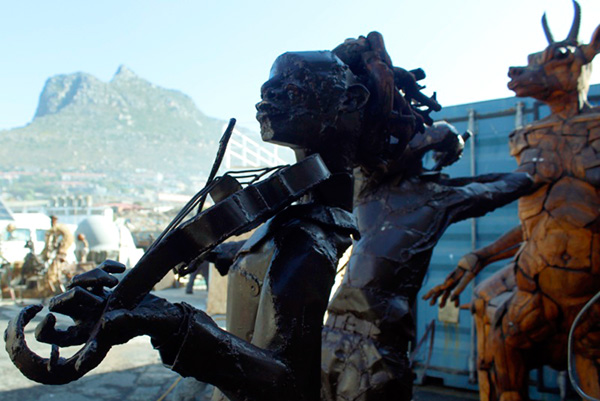 A scrap-metal violinist plays to the backdrop of the Hangberg community in Hout Bay. (Photo by Masixole Feni)

Unlike Mutasa, Mukonde was not professionally trained as an artist. “I learned it running,” he says. He came to South Africa in 1998 looking for a better life, arriving in Nelspruit by train from Harare. In 2000 he moved to Johannesburg, where he lived for several years with craftsmen who taught him how to work with wire. He then spent some time in Durban before moving to Cape Town in 2003.

“It was all an adventure when I first arrived,” Mukonde says, laughing. But his face becomes more serious as he continues his story. “I’ve been deported from this country three times. Twice I had to jump off a train bringing me back to Zimbabwe.” 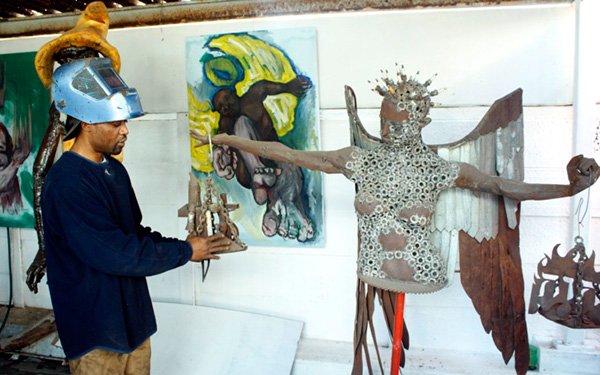 Mutasa with his sculpture Regiscale, the figure of an angel balancing human theology on her left arm and Jehovah’s fire on her right. (Photo by Masixole Feni)

In 2008, when Mukonde was living in Dunoon near Milnerton, xenophobic violence swept South Africa. He fled and says he was lucky to find a room in Rondebosch. Mukonde now lives legally in South Africa. In 2010 he managed to get a business permit, which he has since renewed.

“This is now our base, our springboard,” Mukonde says of their Hout Bay workshop. Mutasa nods, agreeing. 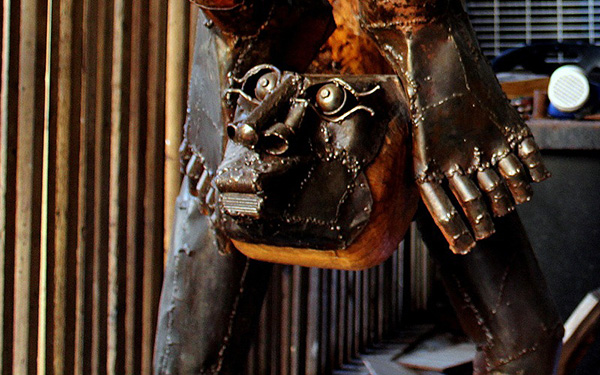 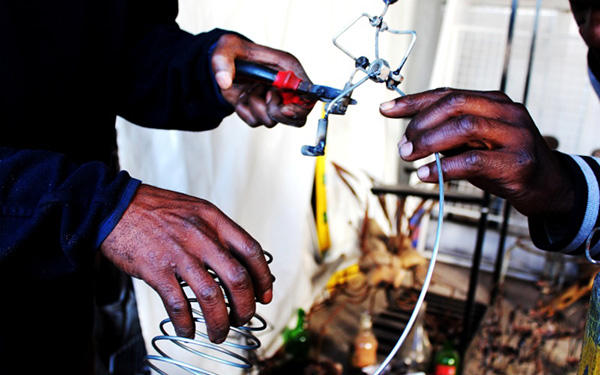 In South Africa, Mukonde says, “you must live with your hands”. He and Mutasa working together on an order from a restaurant for wine bottle holders. (Photo by Elias Kuhn von Burgsdorff) 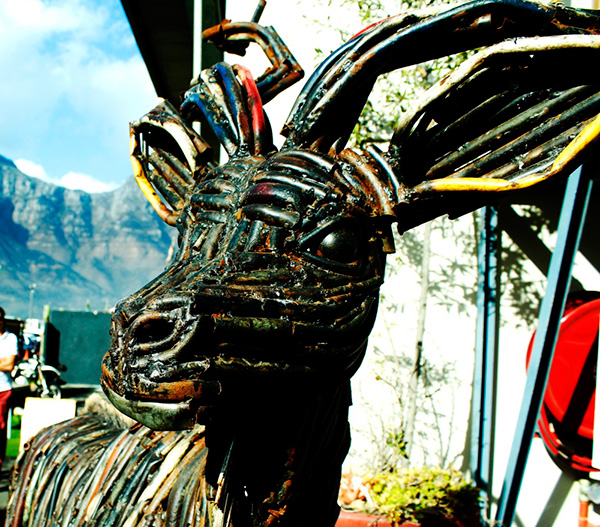 Antelope sculpture made of scrap metal and wire. (Photo by Masixole Feni)