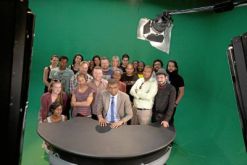 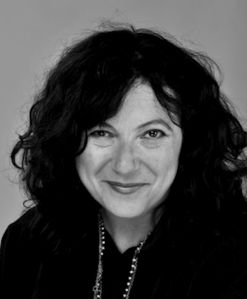 Harriet Gavshon, executive producer for Quizzical Pictures, said it was an honour for Masterchef South Africa to be ranked alongside international peers, and to represent the South African television industry.
(Image: National Film and Video Foundation)

The International Academy of Television Arts and Sciences has unveiled the nominees for the 41st International Emmy Awards, and two popular South African shows are on the list.

Nominated in the comedy category the satirical news series Late Nite News (LNN) is in its eighth season. The show is hosted by stand-up comedian, Loyiso Gola, and features Uganda-born comedian David Kibuuka. Produced by Johannesburg-based Diprente Productions, it puts a comedic spin on current affairs and breaking news through commentary and sketch inserts.

The show shares comedy nominations with Moone Boy from the United Kingdom, France’s WorkinGirls, and How to Enjoy the End of the World, from Brazil.

Popular reality show MasterChef is nominated in the non-scripted entertainment category. Produced by Quizzical Pictures and Lucky Bean Media – in Johannesburg – it’s up against Australia’s Go Back to Where You Came From; Israel’s Dear Neighbors Help Our Daughter Find Love and Reto al Chef 2, Colombia.

Upon hearing the news, Gola tweeted: “Late Nite News gets an Emmy nomination. This life thing is humbling.”

Kibuuka tweeted: “Well done 2 the team and the fans, but most importantly thanks to Juju and Jacob who gave us material for days.”

Gola recently revealed that they had tried twice before to submit their show for nomination but didn’t get a response.

Tamsin Andersson, an LNN producer, said, “It’s a great feeling to have this recognition. The LNN team has worked tirelessly and passionately on the show from the beginning and it is humbling and very exciting that the Emmy’s have given us a nod.”

Pierre Cloete, M-Net’s channel director lauded the producers, saying: “We’d like to congratulate the series producers – Quizzical Pictures and Lucky Bean Media – for creating such a high quality series. We look forward to hearing the results of this prestigious nomination.”

Harriet Gavshon, executive producer at Quizzical Pictures, said: “Masterchef SA is made by a brilliant team and is a testament to the calibre of South African talent in every department and the viewers who have supported [it].

“It’s an honour to be considered amongst our international peers and to represent the South African television industry.”

As many as 36 nominees from 19 countries will converge on 25 November 2013 at a gala event at the New York Hilton Hotel to announce the winners.