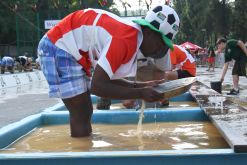 Anyone can participate in gold panning, all that is needed is precision, skill and endurance.
(Image: South African Gold Panning Association) 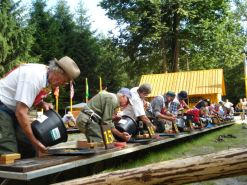 The competitors receive a gold pan and a bucket of sand in which a number of gold nuggets are hidden. The winner must retrieve the most nuggets in the shortest time using the traditional gold panning technique.
(Image: World Gold Panning Association) 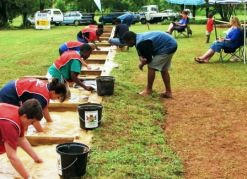 Gold panning isn’t a commercially viable technique to extract large deposits, but these days panning is often marketed as a tourist activity on previous gold fields, such as those near Pilgrim’s Rest
(Image: Mac Mac Adventure Zone)

South Africa is home to the world’s top gold panners. The local team claimed first position and 16 medals – the most it has ever won – at the 2012 World Gold Panning Championships, which took place in the historic town of Pilgrim’s Rest in Mpumalanga, where gold was first discovered in 1873.

“It is the first time that we got so many medals,” Nkosi says, adding that the team’s success will help to market the sport in South Africa.

The South African Gold Panners Association (SAGPA) partnered with the Pilgrim’s Rest Museum and DCSR to generate more publicity for the sport. In 1997, the country participated in the South African Open Gold Panning Championships for the first time and since then, South Africa has hosted the world tournament twice, in 2005 and again this year.

Gold panning is not an expensive sport to get into, but it does require precision, skill and endurance.

“Many people don’t understand the sport. What makes our team so successful is that it is a sport where people have a passion,” Nkosi says. “You need a lot of time and patience to look for the nuggets.”

The competitors receive a gold pan and a bucket of sand in which a number of gold nuggets are hidden. The winner must retrieve the most nuggets in the shortest time using the traditional gold panning technique.

The number of nuggets in the buckets of sand is only known to the chief judge and participants are penalised for lost nuggets.

Gold panning is a manual technique used to separate gold from other materials, and is considered the easiest method to search for gold.

The technique isn’t commercially viable to extract large deposits, but these days panning is often marketed as a tourist activity on previous gold fields, such as those of Pilgrim’s Rest, where a lucky miner called Alec ‘Wheelbarrow’ Patterson first discovered the precious metal.

Wide, shallow pans are filled with sand and gravel that might contain gold. The pan is then submerged in water and shaken, sorting the gold from the gravel and other material. As gold is much denser than rock, it quickly settles to the bottom of the pan.

A gold rush for South Africa

Make no mistake; gold panning might be a relatively unknown sport but it isn’t a leisurely pastime for contenders.

“The participants undergo training. It is just like training for the Olympics,” Nkosi says.

The participants are competitive and skilled in the art of panning – not unlike many of the early prospectors who flocked to South Africa’s gold fields to make their fortunes.

The difference is that in the competition there are only small grains of gold hidden in the buckets, and they aren’t of much value.

The gold mining industry and the art of panning is part of South Africa’s heritage, and the 1873 gold rush to Pilgrim’s Rest was one of the iconic events that signalled the start of the gold industry in South Africa.

What followed was the Witwatersrand gold rush in 1886.

The discovery of a gold reef at Langlaagte Farm in the Witwatersrand was considered a significant find, which ultimately led to South Africa becoming one of the world’s largest gold producers in the world.

These events led to the establishment of what is known today as the greater Gauteng region and the founding of Johannesburg, the economic centre of South Africa and the continent.

Nkosi hopes that interest in gold panning will grow, as more people become aware of the sport.

“We have the skills and the veterans who started the competition many years ago,” she says, adding that anyone can participate.

South Africa is the youngest member of the World Gold Panning Association’s 20 member countries. Over the past 10 years SAGPA has made it possible for more than 80 South Africans to attend world championship events in Europe, Australia and Japan. 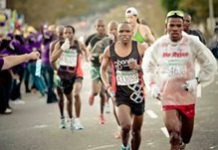 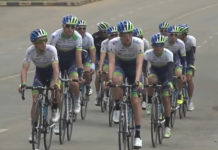 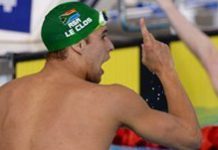 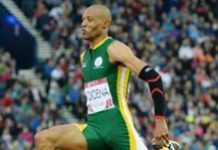 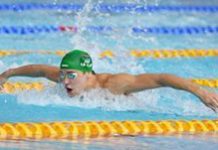