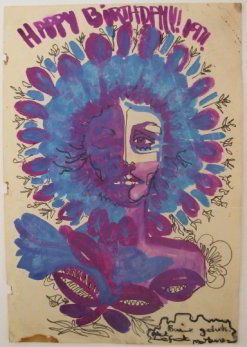 Marlene Dumas is one of the world’s top
female artists, and her talent was evident
even in her earliest work.
(Image: Bonhams)

According to Bonhams auction house, which will handle the sale on 23 March, the work “would be of no great significance were it not for the fact that the then budding schoolgirl artist, Marlene Dumas, now has an international reputation that assures her work of six-figure sums at auction”.

Dumas – renowned as one of the world’s leading female artists – painted the “charming picture of a girl” way back in 1971 while still a schoolgirl, as a 16th birthday present for a friend, Alida Louw, the auction house said in a media release on the sale.

At the time, the teens attended the Afrikaans-medium Bloemhof high school for girls in the picturesque town of Stellenbosch, in South Africa’s Western Cape winelands region. The town is South Africa’s second-oldest after Cape Town, and was named in 1679 by the then Governor of the Cape, Simon van der Stel, in honour of himself after he fell in love with the beautiful surroundings while on a visit to the early victualling station outpost.

The historic Bloemhof was founded in 1874, as an English school, switched to Afrikaans in 1925, and moved to new buildings in 1960.


The humble painting, on which the year is indicated along with the words “Happy birthday” and “Baie geluk, met liefde Marlene” (Afrikaans for “Congratulations, with love Marlene“) is now the earliest known work by the ex-patriate Dumas.

Nearly 40 years after its creation, its owner told Bonhams that when it was painted it seemed like a light-hearted work that took a few moments “but now Marlene Dumas is a major figure in the art world and I am still greatly flattered she took the trouble to capture this image for me”.

“I would like to see this picture find a loving place between other Dumas works in the home of a passionate collector, rather than remaining in obscurity,” she said of her decision to part with the gift she has kept all these years.

Its personal message and the motivation of friendship behind its creation will add to its interest and value, says Bonhams. However, the amount it is expected to reach is a far cry from the $3.34-million (now calculated at R24-million) ) paid in 2005 for a Dumas artwork on a Christie‘s sale after a surprising bidding war between two dealers – a price that made her the highest-paid living female artist in the world. Dumas had completed the work, a 160cm x 200cm oil on canvas titled The Teacher, in 1987.

Another of her works, titled The Benefit of the Doubt, can be seen in South Africa’s Constitutional Court in Johannesburg. The giant three-piece tapestry was donated to the country’s new court, which opened in 2004, by the Dutch government and is a replica of a Dumas work that graces the Dutch Court of Justice in Den Bosch.

Dumas was born in South Africa in 1953 and grew up on a wine farm in the Kuils River area, near Cape Town. After school she studied at the University of Cape Town’s Michaelis School of Fine Art before leaving her home country in 1976 on a scholarship for further studies at Haarlem’s Atelier 63. Now a resident of Amsterdam, she has lived in the Netherlands ever since.

Dumas was in South Africa last month to open an exhibition titled Mother Nature: Art and Psychology in Conversation, at the Sasol Art Museum in Stellenbosch. Located in a beautiful neo-classical building that was once home to her alma mater Bloemhof, the museum houses a permanent collection of more than 3 000 artworks belonging to the University of Stellenbosch. The collection features pieces relating to South Africa’s history, as well as works by foreign artists who resided in the country. Many of South Africa’s top artists are represented.

Along with Dumas, the current exhibition features works by, among many others, photographer Jodi Bieber, sculptor Claudette Schreuders, visual artist Lyn Smuts, video artist Sonya Rademeyer, and Benedicte Kurzen, a French photographer living and working in Johannesburg. It may be viewed until 14 February 2011.

The University of Stellenbosch also recently conferred an honorary doctorate on Dumas. This was for “her commitment to interrogating representational tropes of gender and socio-political identity“, according to information from the university. Known particularly for her depictions of the human form, Dumas’s works have been seen in some of the world’s top art museums including New York’s Museum of Modern Art, the Centre George Pompidou in Paris, and London’s Tate Modern.

As the country’s artists continue to make their creative mark around the globe, Bonhams says the success of previous sales indicates clearly that South African art is no longer only of domestic interest. “Record-breaking prices and worldwide bidding have propelled modern South African art into the frontlines of the global art market,” it says.

Proof of this is the record-breaking $3.7-million (R26.4-million) fetched by Irma Stern’s 1945 painting Bahora Girl after brisk bidding at a Bonhams auction of South African art in London in October last year.

Before the sale Bonhams had said it believed the painting, painted during Stern’s sojourn in Zanzibar, could set a new record for South African art sold at auction if current trends continued. The painting far surpassed expectations of $930 000 (R6.6-million) to $1.39-million (R9.9-million) and indeed made history for South African art, which according to Bonhams “can be said to have truly come of age in London”.

The October auction of 151 pictures and sculptures realised a total of $9.29-million (R66-million).

After the sale, Bonhams said the unprecedented price fetched for Bahora Girl would cause the art world to take a fresh look at art out of Africa and that it “marked a massive milestone in the journey of recognition for South African art”.

Entries are currently being accepted for the sale in March 2011, which already includes pieces by Stern, Jacob Hendrik Pierneef, Gerard Sekoto, William Kentridge, Cecil Skotnes and other South African masters.

Founded in 1793, Bonhams is one of the world’s oldest and largest auctioneers of fine art and antiques. The firm is based in London but has offices in countries around the globe. 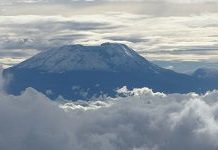 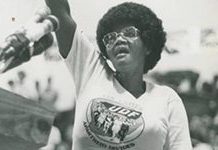