Is there a place for Shakespeare in African schools, or is his time long past? South African scholar, teacher and writer Chris Thurman investigates. 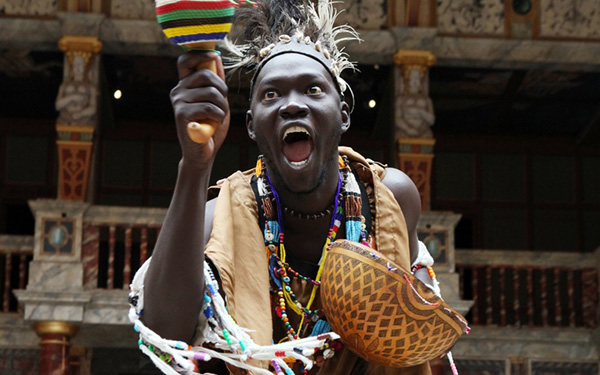 Should William Shakespeare be taught in Africa’s schools and universities? It’s a question that emerges, sometimes flippantly and sometimes in earnest, when conversations about post-coloniality and decolonisation turn to literature and culture.

It’s a useful and necessary question that I – as a scholar who teaches and writes about Shakespeare in a South African context – am often asked. Indeed, it’s one that I ask myself frequently.

But it is also a clumsy question and it needs rephrasing – or, at least, the terms in which it is couched need further investigation if we are to attempt a nuanced, coherent answer.

The first problem is in generalising about the African continent. Education systems and their infrastructural or economic contexts are vastly different. This is not only true from country to country and region to region, but also within each country and region.

It’s impossible to speak accurately about “Shakespeare in Asia” without accommodating the fact that his place in India – with its colonial history and linguistic environment – is a phenomenon that’s almost incomparable to Shakespeare in China or in Japan.

In Europe, national distinctions are equally severe. The history of Shakespeare’s reception in France is completely unlike that in Germany.

An obvious division could be made between Francophone and Anglophone countries, but even these categories falter. The engagement of writers such as Frantz Fanon and Aimé Césaire with Shakespeare’s “colonial” play The Tempest influenced the Negritude movement associated with Léopold Senghor and, through him, with Senegal. Césaire’s Une Tempête was first performed in Tunisia. But this has no purchase in other Francophone African countries like Gabon or Niger.

In Zimbabwe, despite occasional posturing, Shakespeare is a common and largely unproblematic reference point in political speeches, newspaper articles and daily conversation. 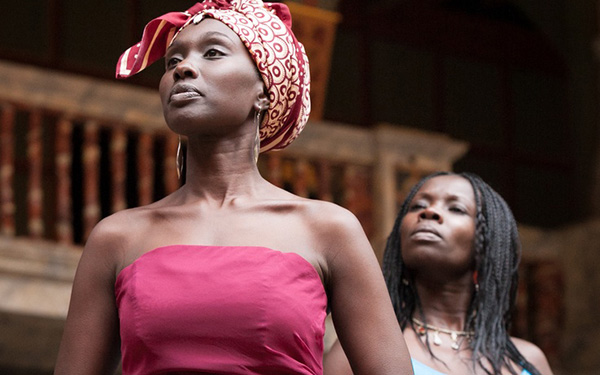 The Merry Wives of Windsor performed in Swahili by Bitter Pill and the Theatre Company Kenya. (Image © Marc Brenner, Shakespeare’s Globe, via Pinterest)

Shakespeare on the Island

This is not the case in neighbouring South Africa, where there are again many different Shakespeares. He was one of Nelson Mandela’s favourites and a copy of the Collected Works was circulated among prisoners on Robben Island. Author, journalist and political icon Sol Plaatje translated several of Shakespeare’s works into Setswana.

But there is also the Shakespeare of “white English liberals”, and the Shakespeare invoked by the apartheid state as an example of exclusively European “high culture”. Then there is the Shakespeare associated with former president Thabo Mbeki, who was seen as something of an intellectual elitist and was ultimately recalled by the governing African National Congress.

These examples make it clear that Shakespeare can’t be viewed or read – and therefore can’t be taught – in an ahistorical or apolitical vacuum. If we are to teach Shakespeare in Africa, we cannot teach the text alone.

We owe it to students to acknowledge, indeed to emphasise, and then to analyse the baggage that Shakespeare brings with him. 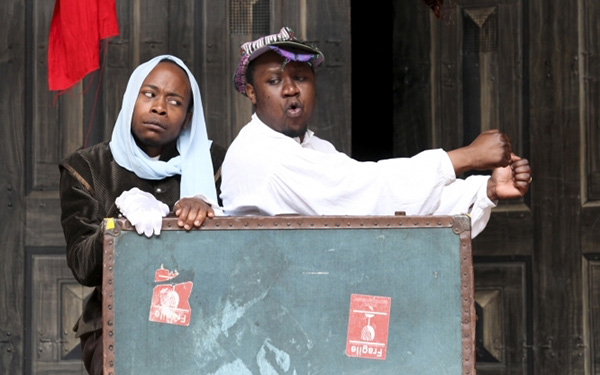 Shakespeare traditionally goes hand in hand with “English”. In secondary schools, this implies that his work will be studied as a literary text. “English” at high school is also about the acquisition of the English language, particularly for learners who have English as a second or additional language.

Is the difficulty – sometimes the downright opacity – of Shakespeare’s Early Modern English helpful to these learners? Probably not. Arguably, without a very skilful and enthusiastic teacher, Shakespeare’s language remains obscure even to teenagers with “mother tongue” or “first language” English competence (this includes many bilingual learners).

Here a case may be made for translation as a vital aspect of teaching and learning Shakespeare. Why can’t extracts from Shakespeare, or even entire plays, be studied in translation into Gikuyu or isiZulu? From these languages the work could be translated once again, into contemporary English – a much more interesting process of “modernising” Shakespeare.

Teachers could then draw on the resource of a polyglot classroom, affirming rather their undermining their learners’ multilingual confidence. At the same time, Shakespeare could be placed in dialogue with African writers like Ngugi wa Thiong’o or Mazisi Kunene. 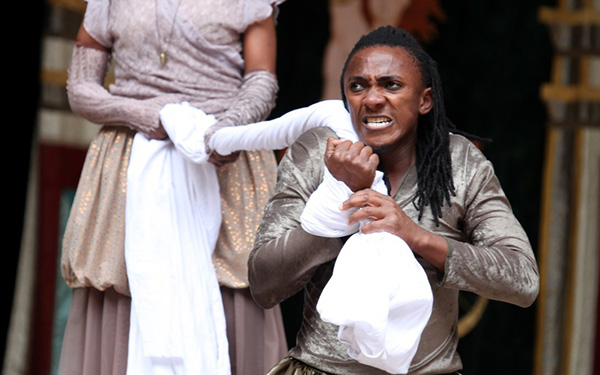 A production of Venus and Adonis by the Isango Ensemble, Cape Town, with the text translated into isiZulu, IsiXhosa, Sesotho, Setswana, Afrikaans and South African English. (Image © Ellie Kurttz, Shakespeare’s Globe, via Pinterest)

On the page or on stage?

All of this hinges, however, on the awkwardness of “should”. Making something compulsory usually has the effect of making it resented – and that’s anecdotally the case for most learners who’ve sweated over Shakespeare’s plays and sonnets.

In the final school year, or the senior years, continuity and consistency across a provincial or state schooling system requires a syllabus that offers individual schools and teachers limited choice. But where possible, it is preferable for curriculum guidelines to present Shakespeare simply as an option: a writer among many other writers.

Learners could encounter Shakespeare productively outside of the classroom environment: on stage, on screen, modernised, translated, without the stigma of being a canonical author. Some might arrive at university without having studied him at all. Would this be a bad thing? Imagine discovering Shakespeare in a political science class, or a philosophy course – or through art history, economics or media studies.

Ultimately, the discipline in which Shakespeare really “belongs” is drama. Sometimes that’s in the context of theatre and performance; it may also be in a field like film study.

Perhaps, then, to return to the clumsy question that got us started, there’s only one “should” when it comes to teaching Shakespeare. Whether it’s at secondary or tertiary level, as part of a formal curriculum or extra-curricular activity, in Africa or elsewhere in the world, the magic of performance should remain at the core of any assignation with Shakespeare.

Chris Thurman is associate professor at the University of the Witwatersrand. This article was originally published on The Conversation. Read the original article.