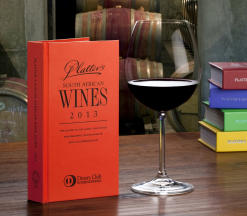 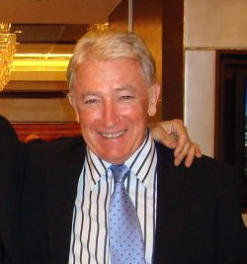 Both parties have been actively involved in the local wine industry for years. Diners Club holds an annual wine list competition, which encourages establishments to refine and improve their wine offerings to their patrons and to consistently match global standards.

“We are committed to enhancing this great relationship, in making South Africa’s most iconic wine companion an even more invaluable tool for wine lovers everywhere,” said Diners Club South Africa’s MD Ebrahim Matthews, in a statement.

The company said it would continue with the guide’s current format for the time being, but would investigate broadening its digital reach.

The Platter’s Guide is now in its 33rd edition. It was started back in 1978 by John and Erica Platter, journalists, wine lovers and novice vineyard owners, after they saw British wine expert Hugh Johnson’s Pocket Wine Book, which first came out in 1977 and is also still going strong today.

The couple were confident that they could produce a “modest” version of Johnson’s publication for the local industry, and their first edition came out in 1980. Since then it’s become the first choice for locals and international visitors wanting to know more about South Africa’s world-renowned wine industry.

The latest edition of the guide – and it’s a guide, not a competition or a set-in-stone publication, asserts editor Philip van Zyl – includes more than 7 300 wines from 800 producers. Wine estates submit their products for inclusion, and these are subjected to a tasting process by a group of experts, who will then assign a rating of up to five stars.

The Platters have blogged that today they’re amazed at their presumption in daring to intrude upon the mysterious and hallowed Cape wine scene, which had hundreds of years of tradition behind it and was dominated at the time by men. They further state that “We had no idea what we were letting ourselves in for”.

The project was seemingly doomed before a single book was produced – even the printer described the first edition as “boring”. But the couple persisted, with John personally tasting every wine until the arrival in 1987 of Angela Lloyd, the first member of the tasting team. She’s still with them and is a respected wine writer in her own right.

Since the early days around 1.4-million print copies – in a different colour for each year – have been sold. It’s available in hardback and for Apple devices, with other platforms reportedly in development.

Besides the rating, the guide includes maps of wine-growing regions, a glossary of wine terms, GPS co-ordinates for all estates featured, a guide to wine farms that cater for visitors with special needs, information about wine varieties, and restaurant recommendations

The Diners Club Winemaker of the Year for 2012 is Razvan Macici of Nederburg. He’s Romanian by birth but he fell in love with South Africa after visiting the country in 1994 and his wine-making talent has found its perfect spot in the Western Cape.

The young winemaker for 2012 is Anri Truter of Beyerskloof, who, like Macici, inherited his love of the grape from his father.

The winemaker of the year for 2011 was Johan Jordaan of Spier, and the young winemaker was Matthew van Heerden of Uva Mira Vineyards, near Somerset West in the Western Cape.