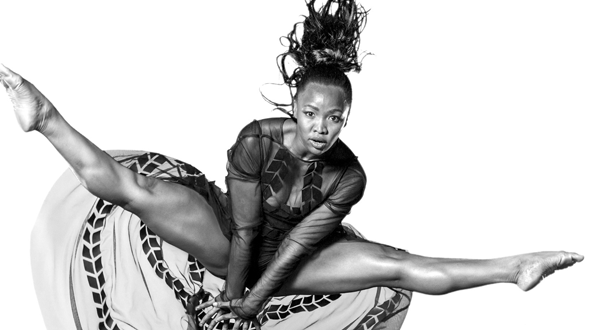 On the catwalk, models usually stride by, stony-faced and haughty, and, depending on the height of their footwear, somewhat stiffly. But not when Black Coffee teams up with Vuyani Dance Theatre; their dancing fashionistas will move far more gracefully. (Image: Marijke Willems)

On the catwalk, models usually stride by, stony-faced and haughty, and, depending on the height of their footwear, somewhat stiffly. But not when Black Coffee teams up with Vuyani Dance Theatre; their dancing fashionistas will move far more gracefully.

In a perfect fit of fashion and dance, the catwalk will meet the stage in Full Moon, when designer Jacques van der Watt goes to work with choreographer Gregory Maqoma. Dance and fashion have influenced each other at least since the days of the Ballets Russes in the early 20th century, and there have been countless collaborations between designers and choreographers, from Coco Chanel and Bronislava Nijinska, to Isaac Mizrahi and Mark Morris. Now this synergy is bearing fruit in South Africa.

Maqoma, award-winning dancer, choreographer and founder of Vuyani Dance Theatre, explains that his collaboration with the Black Coffee label, headed by Van der Watt, goes back as far as 2003, when he created his first solo work, Miss Thandi. Full Moon will be their fifth production together and Van der Watt is aiming high with the costumes.

The pair met at a fashion show more than a decade ago. “I was taken by Jacques’ versatility. Like me, he isn’t afraid to push the envelope. We both defy rules to create our own forms and aesthetics while remaining current and unique,” says Maqoma. “I like the boldness in [Black Coffee’s] designs, but also I find their designs to be an extension of the themes of each piece. Also, their attention to detail is remarkable and always surprising and challenging conceptually. The marriage of fashion with movement brings something new to the arts,” he adds.

The internationally renowned contemporary dance company celebrates its 15th anniversary this year. “We’re putting on a lavish contemporary dance production on a scale seldom seen on Johannesburg stages,” says Maqoma. “The show will represent the aesthetic of the company and will explore the African landscape and the different ways we deal with space, time and our universe.” 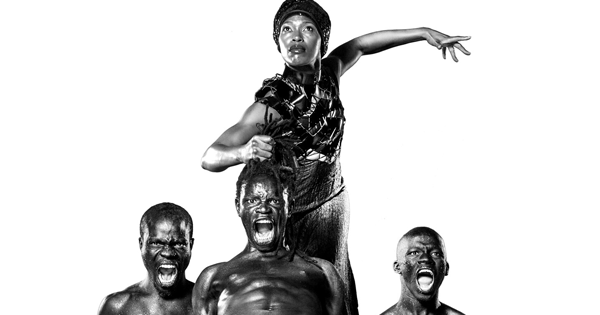 Full Moon is a dance odyssey that aims to take the audience on a stirring, surreal journey from outer space to the landscapes of Earth, drawing on ancestral memories and myths. (Image: Marijke Willems)

Full Moon was conceived and directed by Maqoma with co-choreographer Luyanda Sidiya, Vuyani’s artistic director. It will feature 25 dancers, the South African National Youth Orchestra, original music composed by Isaac Molelekoa and costumes by Black Coffee. It will be performed on the Mandela Stage at the Joburg Theatre Complex.

Van der Watt says that Black Coffee’s long-standing relationship with Vuyani makes the design process easy for everyone involved. “We know how far we need it to be pushed visually and we can work together very intuitively because it is very easy to gauge expectations,” he explains. “Before designing the costumes, I like to watch the dancers rehearse. This gives me a very clear vision of the movement and what is needed from the costumes. At times we use very dramatic shapes to create high impact, but some of the choreography calls for almost quiet costumes to allow the bodies to shine and speak for themselves.”

Maqoma says his show is intended to evoke emotion and stimulate the senses, so a collaboration with the conceptual style of Van der Watt seemed a great match. “Jacques is a phenomenally creative mind who uses his designs to extend the themes of my work. He is a multi-dimensional thinker who speaks to notions of form, ecology and beauty. Full Moon will tap into environmental issues and will also touch on notions of the divine.”

The choreography and concepts are coming together for the final work, and Maqoma is incredibly impressed by the textures, colours and ideas Black Coffee is bringing to the table. They tie in with the production’s themes of purity, distortion, hope and loss, dark and light, myth and the unknown.

In crafting the dance wardrobe, creating costumes that allow for a range of motion and enhance rather than distract from the choreography – and can withstand the abuse of sweating and laundering – takes a knowledgeable hand and a practiced eye. But it’s not only for the thrill of flaunting fine couture that fashion designers are prized in the dance world; it is also for their visual sense.

“Costumes are an integral part of a performance,” explains Maqoma. “They define the character and bring the theme to life, so it is an important element that requires a designer who has a clear understanding of movement and theatre – and I do find that comfort in Black Coffee, as they are always about pushing the envelope.”

Van der Watt adds: “We work well together – his dance is vibrant, modern and edgy. The costumes set the mood for the production. They’re designed specifically for movement and flexibility. They become part of the landscape of the narrative.”

Working with Maqoma on costume design is not a new field for Van der Watt. “It’s my little secret that I started in productions,” he says. “Nobody knows that my first job was at Egoli, doing wardrobe. I worked on more than 100 episodes. It gave me a very broad learning curve in terms of different kinds of clothes, but, as anyone who has worked in television before will understand, it nearly killed me.”

Egoli was a popular and long-running South African television soap opera unravelling the story of a dynastic family in Joburg.

Full Moon is a dance odyssey that aims to take the audience on a stirring, surreal journey from outer space to the landscapes of Earth, drawing on ancestral memories and myths.

Vuyani, which means “be happy” in isiXhosa, is a verb that inspires the upward-action of joy. For a South African contemporary dance theatre company to use enjoyment as its name is an act of defying the odds: the current story of dance companies in this country is one of struggle. Theirs is a fight to stay alive as arts funding becomes more precarious in a nation with pressing socio-economic problems.

Full Moon will première on the Mandela Stage at the Joburg Theatre Complex in Braamfontein on 30 April.