Cape Town-based author Charlie Human’s critically acclaimed Apocalypse Now Now will be made into a feature film, with the award-winning District 9 and Chappie screenwriter adapting the novel for local production company Be Phat Motel and its international partners. 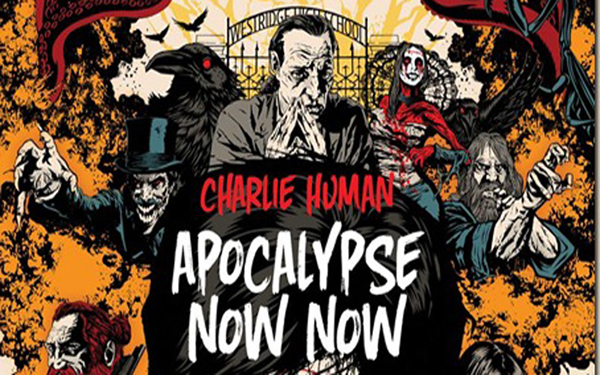 The cult novel Apocalypse Now Now by Cape Town writer Charlie Human is set to be turned into a film by local production company Be Phat Motel, in cooperation with Canadian digital company Redlab and independent film producers XYZ Films.

Oscar-nominated screenwriter Terrie Tatchell, who gave the distinctive South African tone to films like District 9 and Chappie, will adapt the book for screen.

Meanwhile, science fiction fans are eager to see how his world will be translated for film. “South Africa has always pushed through the usual limits of my imagination and Apocalypse Now Now is no exception,” Tatchell said about the challenge of recreating the world, “Charlie has actually upped the game and obliterated them all altogether.”

The film is set for release during 2016. Meanwhile, Human himself reacted on Twitter with nonchalant pride to the news.