Apartheid pervaded every facet of life in South Africa, and sport was no different. Black sportsmen and women were unable to compete on an equal footing, and the sports boycott made the country a pariah state. But marathons offered an open road to all. 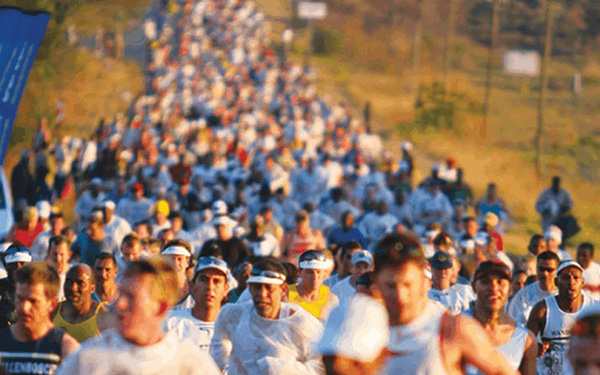 Stakeholders Thousands of runners take part in the Comrades race every year and this year’s race is held on 31 May 2015. (Images: Comrades.com)

The most memorable Comrades Marathon of the apartheid years was probably run in 1981, when many runners boycotted rather than help the country celebrate 20 years of National Party rule. Others opted to run wearing black armbands to show their protest internationally.

For runners like Bruce Fordyce, it was a not-to-be-missed event, one he still remembers today. They took part in the race to make a bold statement, he says, that they protested, because they wanted freedom for all in South Africa.

“We had nothing to celebrate then. That was the reason for some of the runners withdrawing from that race,” says Fordyce. But he is happy he ran on that day. “It made 100% difference. Myself and several others in the race wore black armbands in protest. It was to say that we didn’t want to align ourselves with the National Party.”

This protest was a small drop in the ocean, he admits.

Fordyce, an international running legend, was born in Hong Kong before moving with his parents to South Africa when he was 13. “I couldn’t believe apartheid,” he says of settling in the country. 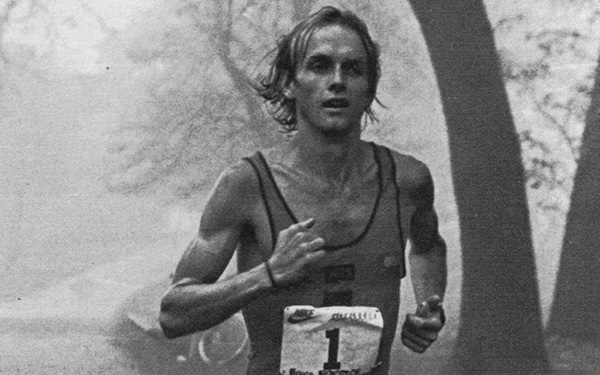 Besides winning the Comrades nine times, Bruce Fordyce won the also won the London to Brighton Marathon three years in a row.

The Comrades Marathon is the world’s oldest and largest ultramarathon run over a distance of approximately 90 kilometres, or 56.1 miles, between the inland capital of Kwazulu-Natal, Pietermaritzburg, and the coastal city of Durban. The race route alternates – uphill one year followed by downhill the next year. It was started in 1921 by Vic Clapham, a returning serviceman, after the end of World War 1 as a tribute to the many men who died in the Great War.

The famed camaraderie of the race – which is still a hallmark of the marathon today – had as its basis the memories of the war.

Fordyce has participated in the Comrades Marathon since 1977. He has won it a record nine times, of which eight wins were consecutive. He has shared his memories of the race, in which black runners were able to compete for the first time in 1975. That year, the race was officially opened to runners of all race groups and to women.

Prior to 1975, Natal and South African Athletic Association rules prohibited women competing with men, juniors with seniors, and except with government approval, blacks competing with whites. 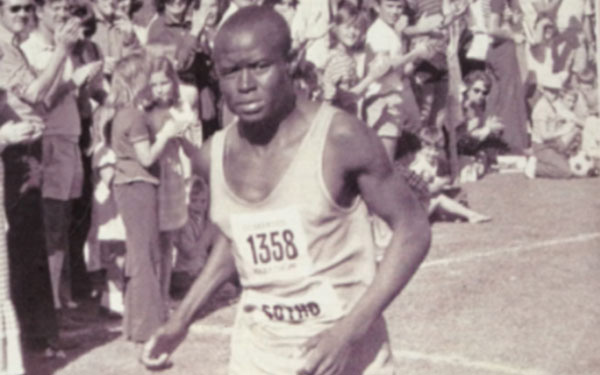 Vincent Rakabaele was the first black man to get a medal in the Comrades history.

Robert Mtshali was the first unofficial black runner, doing the Comrades in 1935. The first black runner to win an official Comrades Marathon medal was Vincent Rakabaele, who in 1975 finished in 20th position. He ran again in 1976 and 1975 finishing fourth and eighth.

Bob de la Motte, one of Fordyce’s top competitors in the Comrades says to News24 that in the years from 1976 to 1990, black athletes dominated the national titles. “The marathons, the half-marathons, 10km, et cetera. Only two white guys won the Two Oceans between 1976 and 1990.”

Runners World, a running magazine, reported that Fordyce said although Hoseah Tjale, another South African, never beat him in a Comrades race, he was one of the former’s top 10 competitors. “With the exception of the Comrades, ‘Hoss’ won every major South African ultra and the London to Brighton. He came desperately close to winning on a couple of occasions and earned nine gold medals,” Fordyce explains.

After Fordyce won the 1985 Comrades, the online runners’ magazine Comrades.com reported, Tjale was quoted as saying: “[At a point] I was feeling good and I knew I had to make my move. I tried to tire him out, but in the end he tired me out; Bruce is too strong for me.”

In 1989, Sam Tshabalala became the first black athlete to the Comrades Marathon. Tshabalala, who lives in Sasolburg with his wife and eight children, told online news portal IOL that when he won the Comrades he was ecstatic and that most people shared his joy.

“There were a lot of black people and white people who were happy for me. There were a few who were not happy that a black man had won the race. But people from all race groups were generally happy,” he says. “In the Comrades we are all the same and all that matters is that we are running.”

Tshabalala’s running career was cut short after he was involved in a car accident in 1991 in which his feet were badly injured. “I miss running a lot,” he says, adding that the Comrades has changed over the years, with more high-calibre runners than in the past.

The second black winner was Jetman Msutu in 1992. Charl Mattheus crossed the finish line first, but he was later disqualified after testing positive for a banned substance. Msutu was elevated to first place.

Bob de la Motte also said to News24 that the speed of black runners excited their audience. “When these guys ran, they were running for records. Watching them, everyone was excited,” he reportedly said.

Although South Africa today has its challenges, says Fordyce, life is no comparison to what it was during apartheid. “No one would ever want to go back there… I think it is wonderful [that we are celebrating 21 years of democracy]!”

Fordyce says he enjoyed going back to defend his title of his number of wins, because he loves running. “I have won nine Comrades. I love competing.”