Twenty-two years after his assassination, Chris Hani has become the symbol of humility and selflessness. At the memorial held in his honour, President Jacob Zuma called on South Africans to be as selfless as the struggle hero and unite to solve our issues. 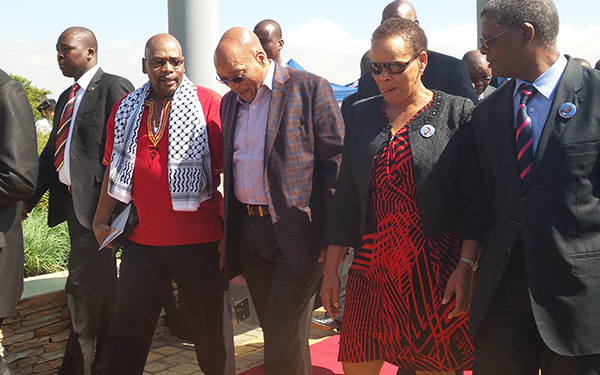 President Jacob Zuma brought a message of unity to the Chris Hani Memorial held at the Thomas Titus Nkobi Memorial Park in Boksburg. The service takes place annually at Hani’s gravesite on 10 April, which is the day he was assassinated.

Pole Janusz Walus had shot Hani 22 years ago with a gun arranged by right-winger and former Conservative Party MP Clive Derby-Lewis. It was their attempt at starting a full-scale civil war fought along racial lines and stopping South Africa’s democratic transformation.

Zuma said South Africans cannot build a future if they are not united. “We must work harder to build a better South Africa, a better Africa and a better world without selfishness. Let us solve our problems and unite.”

A pathway had also been built from the plaque to the Wall of Remembrance, which honours South Africa’s struggle heroes. 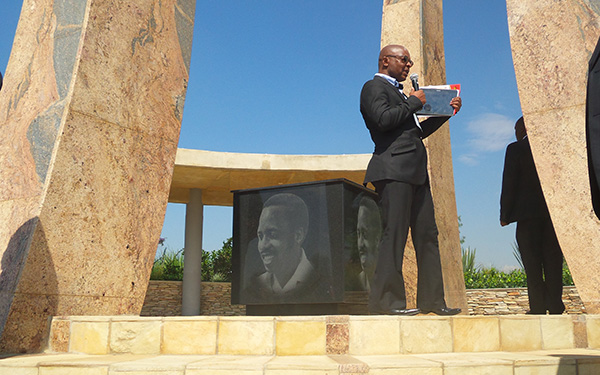 Vincent Maumela, senior manager of the heritage services of Ekurhuleni Municipality, led the tour of the new monument.

Struggle is not over

Zuma said Hani’s death should no longer be mourned but celebrated as the former South African Communist Party (SACP) leader was a committed patriot who lived and died for the freedom South Africans have today. “He understood the fights and the different phases of it. We are still in the struggle.

“If we believe the struggle is over, then we will be overwhelmed by our enemies.”

Zuma also spoke about the colonial statues that have been vandalised in recent weeks, saying that they should not be destroyed. “We have to follow an order. We have to follow the law. There are consultation processes that need to be adhered to.”

He said even though colonial and apartheid statues remind us of pains from the past, it is still part of South Africa’s history. “If you read a history book, you don’t take out the pages that are hurtful to you. We cannot have a selective history.” 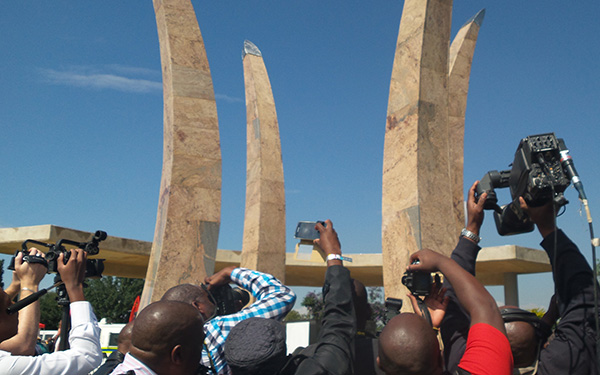 
Hani an ‘activist of the poor’

Minister of Higher education and Training, Blade Nzimande, said Hani was a true revolutionary. “He fought in every terrain. He knew that if he left a terrain open, the enemy would attack…Let us emulate Chris Hani.”

Bafana Mahlale of the Umkhonto we Sizwe (MK) Veterans Association said Hani was a humble and selfless leader, walking beside people instead of in front of them. “Hani was an activist of the poor. A national asset. He was a true revolutionary. We must commit ourselves as a community to defend the revolution.”

He said Hani would stay amongst the lower ranked members in the MK camps and even help solve their problems.

Mahlale said many of today’s political leaders lack the selflessness Hani had. “They are celebrity leaders. They show that how they are living does not allow them to do things [for the people.] For them it is ‘all about me’ but nothing about the people.”

Ekurhuleni’s mayor, Mondli Gungubele, called Hani a warrior of peace. He said South Africans must follow Hani’s example. “In the absence of peace, prosperity cannot succeed. The future is then not possible. We know violence, we know civil war. Peace must become our preferred option.” 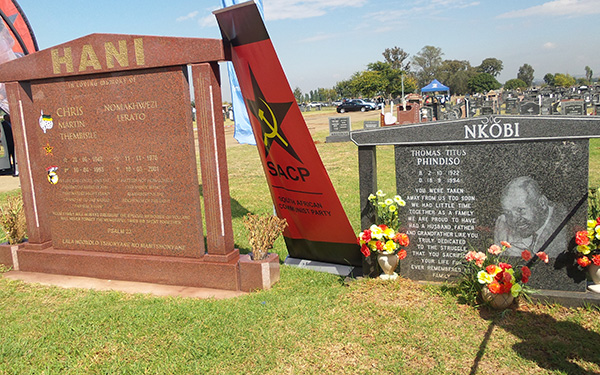 Many of the leaders in organisations like the ANC and the MK Veteran Association remembers Hani for his selflessness.