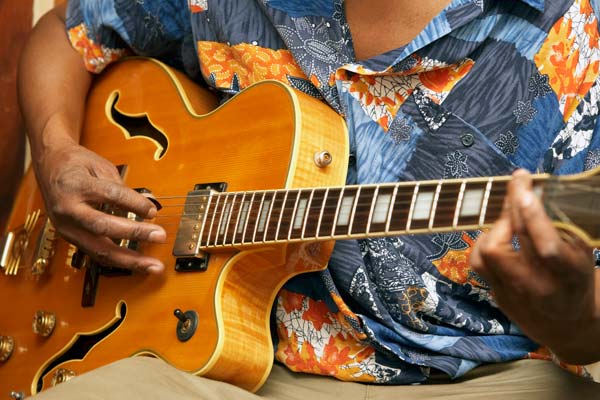 Fresh from another spectacularly successful Cape Town International Jazz Festival, the Mother City is plunging into Jazz Appreciation Month, and as always, it is offering a good, jazzy night out.

There are, of course, the various clubs and pubs, led by the notable The Crypt at St George’s Cathedral and Straight No Chaser in the city bowl, as well as the veteran spots like Swingers in Wetton. But for something more intimate, try a jazz safari for size.

The 15th annual jazz festival took place on 28 and 29 March at the Cape Town International Convention Centre (CTICC), and all tickets were sold out by 3 March, according to organisers ESPAfrika; the two-day passes for the entire festival were sold out by 7 January. It’s a popular weekend indeed.

On the programme were national and international maestros, with the likes of Abdullah Ibrahim; Erykah Badu; Jonas Gwangwa; Mike Rossi Project; Blue Notes Tribute Orkestra, allowing virtuoso Marcus Wyatt to pay tribute to the original South African sextet, whose compositions they played on Saturday night; Shane Cooper Quintet; and, Jimmy Nevis among them. At 87, pianist Randy Weston led his trio towards the sublime at 2.30am on Saturday morning. But for many, the standout performance was Kyle Shepherd and Bokani Dyer.

And there was the Sounds Fringe Cape Town. Though not officially part of the festival, it added to the atmosphere. There were also workshops for musicians, producers and journalists, and performances at venues around Green Market Square and at various hotels. At least 15 000 people were at the opening night, as always held in Greenmarket Square. At the main stage at the CTICC – there were five stages in all at the venue – 20 000 people turned out for the shows. On Sunday, venues in Paarl and Wynberg were included.

It kicked off a good month: April is Jazz Appreciation Month (JAM), recognised around the world, culminating in International Jazz Day on April 30.

The American Jazz Museum explains that JAM highlights the glories of jazz as both “a historical and a living treasure. Here is one special month to draw greater public attention to the extraordinary heritage and history of jazz… The story of America is embedded in the spirit and rhythms of jazz; captured in beats that have travelled through the African Diaspora and a spirit of freedom that has impassioned slave and free born, immigrant and migrant since America’s founding.”

Indeed, the African diaspora has brought jazz to all corners of the world, and April 30 was declared International Jazz Day by the United Nations Educational, Scientific and Cultural Organization (Unesco) in 2011. It is led by Unesco Goodwill Ambassador Herbie Hancock, the jazz muso. Osaka, Japan is the 2014 global host city. Presented each year in partnership with the Thelonious Monk Institute of Jazz, the day “encourages and highlights intercultural dialogue and understanding through jazz, uniting people in all corners of the globe. The celebration is recognised on the official calendars of both Unesco and the United Nations,” says the organisation.

This all makes April the best time to book a Cape Town Jazz Safari, run by Andulela Experience. Cape Town’s jazz is a special sound. Andulela explains that South African jazz was forged in a climate of rebellion. “In the Johannesburg of the forties and fifties, the swaggering, cosmopolitan sophistication of African American bebop culture was adopted wholesale by the township youth; its style and lingo becoming a form of defiance against oppression. Artists, journalists and political activists came together around the music in the shebeens of Sophiatown, where the pioneers of northern ‘marabi’ jazz were making their names.”

Down south in Cape Town, meanwhile, a different sound was emerging as American sailors brought the new jazz into harbour with them. “Somewhere between the docks and the Cape Flats, it was infused with the Mother City’s own charismatic melange of musical traditions, cross-pollinating with the carnival music of the “Cape Coons” and drawing on the rhythms of Europe, Asia, and all Africa. Thus Cape Jazz came into being.”

In the 1960s and seventies, many local musicians fled oppression at home, going into exile, and much of South Africa’s jazz was better known abroad. Even after the 1994 democratic elections, the Cape jazz scene remained an elusive subculture. But in the past few years, with the exiled musicians returning, it has been claiming its place in the sun.

Andulela co-founder Monique le Roux says the idea is to give to travellers something they would not usually get. “We are interested in real life stories, in visiting and getting to know people in their homes and working spaces,” she explains. The company began a decade ago, offering Malay cooking safaris – essentially tours of the historical heart of the Bo Kaap and its stores, notable the spice emporium, ending with a cookery lesson led by a local woman, in her home. Then, about nine years ago, it began offering jazz tours too, taking visitors “right into the fabric of the city’s musical spirit, at the same time giving back to the local music scene”. 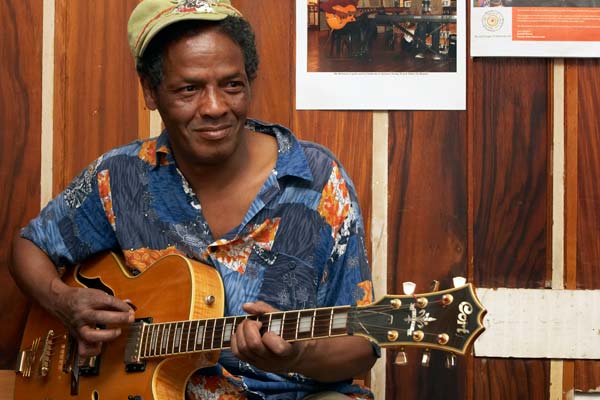 Mac McKenzie’s goema sound was a major contributor to Cape jazz. Mac McKenzie is “a guardian of goema music and its greatest innovator to date, re-imaging the boundaries of this style”. (Image: Andulela Experience)

The first visit is to the home of a professional musician, such as well-known pianist Hilton Schilder. Dinner, drinks, and exclusive performances in their homes are followed by a trip into the city to enjoy live jazz at a nightspot, or a saunter across town for a nightcap at the home of a second musician.

“We deal in universal themes – music, food, the arts. If you have something in common, it is easier to exchange,” Le Roux explains. The company has Fairtrade certification, and 80% of its business is done with families in need. “Responsible tourism is a personal passion. We try to look at how to access another culture from a different socio-economic community in a realistic way. It is a delicate balance between contributing financially and cultural interest.”

The walking tour component allows the visitor to feel, smell and listen more closely. The emphasis is on fun, real-life inspirational stories: the musician also talks about life and culture. And while it is primarily a listening experience, musicians on the tour are welcome to join in and jam.

The jazz safaris operate on Fairtrade principles. It has several hosts who rotate the tours between them so that work is created over a wider area. The tours take a maximum of 12 people, but the ideal for a more intimate experience is eight. Taking place in the evening, from 7pm to 11pm, they cost R895 per person.

Included in the price are dinner, transport and a guide, as well as wine – though you can bring your own too. “It is even interesting for non-jazz lovers,” Le Roux points out. “You can look at it as a specialised music experience, or as a cultural experience.”

The hosts are icons of jazz in South Africa, she emphasizes. As the name Andulela stresses – it is a classical isiXhosa term for “to be the first” or “pioneer” – the company is offering a first in Cape Town, while punting the idea of responsible tourism. “The tours not only benefit the hosts financially, but there is also a cultural exchange. Seeing the world through their visitors’ eyes also broadens their horizons. It is an enriching, diverse experience from many sides.

“Tourism as an experience is growing in popularity, with more and more people wanting more than simply to go somewhere to lie on a beach,” she concludes.