More than 200 slaves bound for the cane fields of Brazil died in the icy ocean around the Cape of Good Hope when their slave ship was wrecked. Remnants of the wreckage are being studied by maritime archaeologists and historians in South Africa and the US. 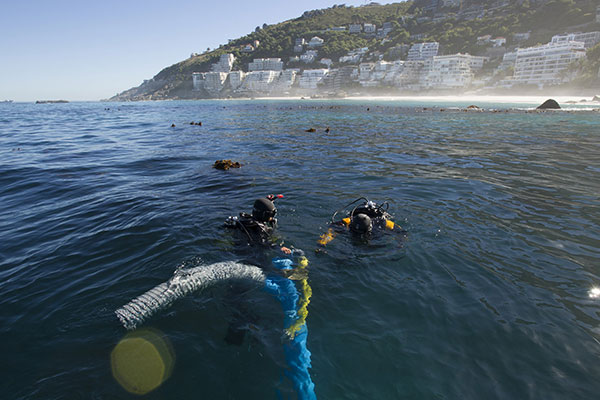 Maritime archaeologists, pictured here exploring the wreckage of the the São José Paquete Africa that sank off the Cape coast more than 200 years ago, say the ship will give us a better understanding of the slave trade. (Image: US National Parks Service)

In 2010, when Iziko Museums’ maritime archaeologist, Jaco Boshoff, saw a few simple looking iron ballasts discovered from a shipwreck near Camps Bay, Cape Town, he knew it could only be one type of vessel: a slave ship, and the first to be found anywhere in the world.

On Tuesday, 2 June, members of Iziko Museums, the Smithsonian’s National Museum of African American History and Culture, and the Slave Wrecks Project officially announced the discovery of remnants of the São José Paquete Africa, a Portuguese slave ship that was wrecked off the coast of Cape Town more than 200 years ago.

Lonnie G Bunch III, the founding director of the National Museum of African American History and Culture, said the findings would “help people get a better understanding of the slave trade”.

The discovery of the wreckage is overseen by the Slave Wrecks Project, which is a long-term collaboration between six partners, including Iziko and the African American museum. The project combines research, training and education to build knowledge about the study of the global slave trade, particularly through slave shipwrecks.

Stephen Lubkeman of the Slave Wrecks Project said this was the first documented wreck of a ship that was carrying slaves. 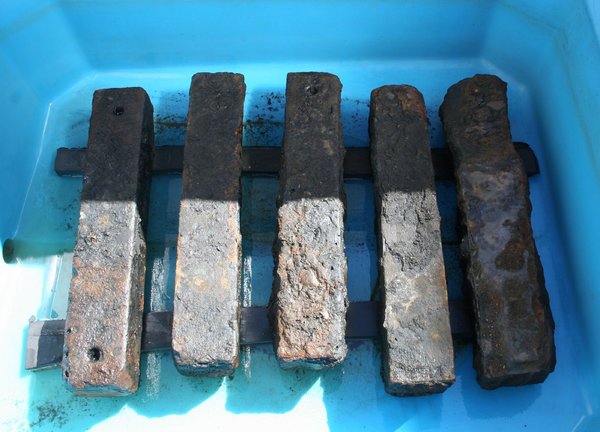 The iron ballasts were used to counter the weight of the slaves who did not weigh as much as other cargo. (Image: Iziko Museums)

On December 3, 1794, the slave ship left Mozambique for Maranhão, Brazil, where the men and women it was carrying were to work the sugar plantations. But their journey stopped short, only 24 days in, when they were hit by severe storms just off the Cape of Good Hope.

According to a New York Times article, the ship was pounded by strong winds while rounding the Cape and broke into pieces on two reefs, in deep and turbulent waters, about 92m from shore.

More than 200 of the enslaved Africans drowned, even though the wreck was so close to the shore that crewmen were able to shoot a cannon after hitting the rocks to signal for help.

All of the crew and half of the slaves reached the shore and survived, leaving 212 slaves to perish in the sea. Those who survived were sold into slavery two days later.

Boshoff immediately knew he was dealing with the wreckage of a slave ship when he saw the blocks of ballasts. Ballasts were a signature of slave ships, said the archaeologists. These were used to counterbalance the weight of slaves in the cargo hold as they did not weigh as much as other cargo.

Like most wrecks, the São José broke into pieces, making it difficult for maritime archaeologists to determine which ship they had discovered. Boshoff said the crew had to investigate the wreckage meticulously to find clues that it was actually a ship. “The ship broke up completely so there is very little to tell you that it was a shipwreck. So you have got to look very carefully. There were one or two bits of timber, ballast blocks… and mostly sand.”

The São José was not the only ship to have fallen victim to the vicious storms off the South African coastline. Some 3 000 vessels have sunk off these shores, particularly around what was previously known as the Cape of Storms off the Western Cape.

Records of shipwrecks in South African waters date back to the 1500s, with another Portuguese ship, the São João, being the earliest known casualty. In 1552, the 900-ton galleon was carrying pepper, Chinese porcelain and other merchandise from India when its rigging was damaged in a storm near Port Edward, in KwaZulu-Natal. About 120 of 600 passengers died; the survivors set off on foot for Maputo River in Mozambique, a trek that lasted more than five months. Only 25 made it to the river.

This was followed by the wreckage of the Santo Alberto (1593) near Umtata River, Santo Espiritu (1608) off the east coast, São Joao Baptista (1622) near Cannon Rocks in Eastern Cape, and Santa Maria Madre de Deus (1643), also off the east coast. 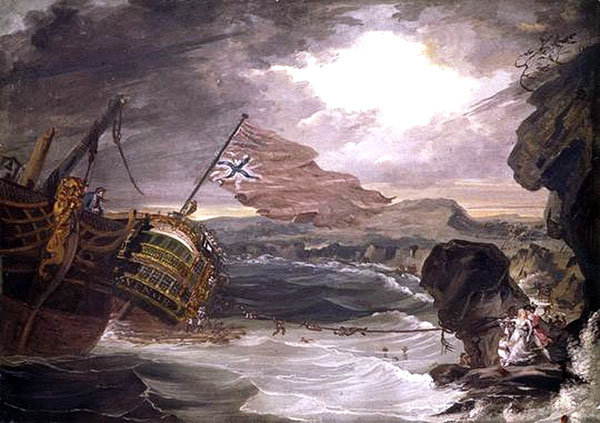 This oil painting by George Carter shows the Grosvenor being wrecked off the Wild Coast. Most of the passengers and crew survived but later 105 of them would die while making their way to Cape Town on foot. (Image: Wikimedia Commons)

Some of the better-known wrecks include the Grosvenor, the Arniston, the Waratah, the Birkenhead, the Sacramento and, more recently, the Oceanos. It is even said that the mythical Flying Dutchman met its end off South African shores.

The British schooner, the Grosvenor, sank on 4 August 1782, off what is now known as the Wild Coast in Eastern Cape. Captain John Coxon mistook farm fires on the land for something similar to the Northern Lights and misjudged the ship to be 300km away from shore.

The ship continued sailing towards the coastline. Coxon only realised his mistake at dawn and ordered the ship to turn, but by then it was too late and the ship hit the rocks. Of the 150 crew and passengers, 123 reached the beach alive. The survivors decided to make their way to Cape Town but only 18 survived that journey.

Built in 1794, the Arniston made its last voyage in April 1815. It departed Ceylon, modern day Sri Lanka, carrying 378 people including troops who had fought in the Kandyan Wars. When rounding the Cape on 30 April, the ship had to navigate through heavy storms and strong currents. The captain mistook Cape Agulhas for Cape Point and ordered the ship north towards St Helena, assuming that they had passed Cape Point. It wrecked near Cape Agulhas and only six people survived.

More famous than any of the real-life shipwrecks that have taken place in South African waters, however, is the wreckage of the mythical Flying Dutchman. It was even a major plot point in the third instalment of the Pirates of the Caribbean film series that starred Johnny Depp. 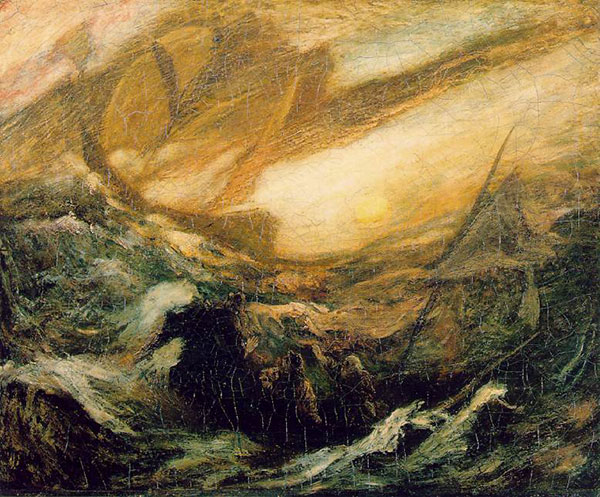 The Flying Dutchman is said to have an eerie glow and is a bad omen for anyone who sees it. The oil painting above titled ‘The Flying Dutchman’ by Albert Pinkham Ryder is housed in the Smithsonian American Art Museum (Image: Wikimedia Commons)

It is said that a Dutch warship was wrecked off the Cape of Good Hope, killing everyone on board. Superstitious seafarers believed the glowing ghost of the ship was doomed to never make port and to sail the seas forever. It was considered a bad omen to see it and could lead to death. The ship was first referenced in A Voyage to Botany Bay by George Barrington in 1795, an Irish pickpocket and author. Several sightings of the ship had been reported.

Belief in the phantom schooner persisted into the early twentieth century. A Popular Mechanics article published in August 1923 said stories of the Flying Dutchman were still heard where sailors gathered and that such superstitions defied the age of reason. 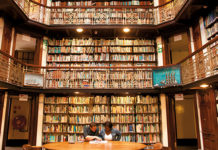 A need for roots drives passion for genealogy