In A Touch of Madness at the Tesson Theatre in Johannesburg, Bosman is brilliantly portrayed by David Butler, who artfully brings Bosman’s complex self to life.

This short, poignant play consists of a series of sketches by Butler, opening with a visit to Jeppe Boys High School in Johannesburg, which Bosman attended, and takes the audience through different high and low points of his life: six months teaching in the Groot Marico; the shooting of his stepbrother; almost four years in jail, the first months on death row; meeting his three wives; his six-year stay in London; buying his first and only house in Lombardy East; and his death in 1951 at the age of 46.

This is a very different look at Bosman compared to Patrick Mynhardt’s popular and captivating portrayal of Oom Schalk Lourens, Bosman’s Groot Marico character featured in some of his 84 short stories.

A powerful performance
The simplicity of the stage setting – a red wooden bench alongside a wrought-iron lamp post indicating Eloff Street, a wooden desk with typewriter and bottle of wine and glass on it, the backdrop of an enlarged street scene of downtown 1930s Johannesburg – gives the actor plenty of freedom to get in touch with his subject, and he brings Bosman alive with passion and intensity.

Butler is dressed in a baggy dark-navy, double-breasted pin-striped suit, white shirt, striped tie, black shoes and charcoal-coloured fedora, and with the fedora tilted slightly over one eye, he looks a lot like Bosman would have looked in the 1930s and ’40s.

Using clever lighting and excerpts of sometimes jarring but powerful music, together with contemplative pauses and expressive outbursts, Butler successfully navigates his way through Bosman’s life, and half way through the play captures him with the words: “I realised what I was, and am – an outcast.”

Bosman’s many shades of blues
Towards the end of the play Butler illustrates another aspect of Bosman: his dagga-smoking period, walking the streets barefoot, experiencing various phases of the blues: the recognising blues, the suspicious blues, the once-over blues and a wide variety of other blues. It’s a funny-sad sketch that demonstrates another level of the writer’s life.

Butler has been an actor since 1983, playing in the award-winning play Another Country and subsequently in 50 professional productions, from indigenous work to Shakespeare. He’s also worked in TV and film.

He’s taken A Touch of Madness around the country, and this is his second visit to the Tesson Theatre with the play. He’s worked previously with Nicky Rebelo, writer and director of A Touch of Madness, which in 2000 won him the Vita Best Director award.

The play is on at the Tesson Theatre, Civic Centre until 24 May, with performances from Tuesday to Friday at 8pm, Saturday at 6pm and 9pm. Tickets are R60 except the early Saturday show, which is R50. Booking is at Computicket, or call the Theatre for group bookings on 011 877 68 54. 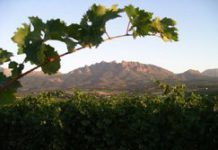