Barney Simon, the co-founder and artistic director of Johannesburg’s world- renowned Market Theatre, was one of South Africa’s most courageous and innovative playwrights and directors. Twenty years after his death in 1995, his work still speaks to live issues in contemporary South Africa, while reminding us of our brave and painful history.

Armed with little more than the conviction that culture could change society, Simon’s work directly challenged the apartheid regime. Born in the RSA was developed collaboratively at the Market Theatre Company in response to the declaration of a state of emergency by then president PW Botha in July 1985, under which thousands were detained by the state security forces. Presenting a cross-section of true-to-life characters, the production told the truth about a country imprisoned by censorship.

Thoko Ntshinga, who performed the role of Thenjiwe in the original production, directs this 2015 revival with an ensemble of artists (Faniswa Yisa, Roeline Daneel, Vakalisi ‘Dobs’ Madotyeni, Emily Child, Francis Chouler and Zanele Radu) who have become blue-bloods in the South African stage, television and film industry. And the current version was produced by Baxter Theatre Centre director and chief executive Lara Foot, who studied under Simon and founded the Barney Simon Young Directors and Writers Festivals.

Simon was known for his method of creating original plays through a workshop process, which involved improvisation, collaborative writing and field research. He encouraged his actors to draw on direct life experience, sending them out into the streets to observe, explore and experience the textures of the lives they would then portray on the stage.

From July to August 1985, Simon created and rehearsed Born in the RSA with Fiona Ramsay, Terry Norton, Vanessa Cooke, Neil McCarthy, Timmy Kwebulana, Thoko Ntshinga and Gcina Mhlope. Their improvisations were melded into a series of interconnecting monologues that escalated into a riveting drama.

The production was first staged at the Market Theatre in November 1985, and went on to tour England and the US to great acclaim.

“When an outsider thinks of South Africa, chances are that he does not think of VCRs, marijuana, discos, fast food, telephone answering machines, bowling clubs and ‘hot’ male bodies. It’s one of the many achievements of Born in the RSA that the audience learns just as much about such diurnal trivia as it does about detention, police brutality and the rest of apartheid’s arsenal of repression,” wrote Frank Rich in The New York Times.

“In this work, politics is inseparable from the everyday life of a society. Born in the RSA is that rare political drama with the power to make participants out of history’s voyeurs.”

With all the actors on a neutral non-site-specific set throughout the play, it has been described as a kind of “living newspaper”. Monologues and stories are fused and interconnected, bringing to life a slice of everyday South Africa and its people at the height of apartheid.

Reflecting on the curatorial thinking behind this timeous restaging, National Arts Festival artistic director Ismail Mahomed says: “Inspired by the 20th anniversary of the National Unity & Reconciliation Act of 1995 that led to the establishment of the Truth and Reconciliation Commission, a small number of productions were selected to be curated under the theme of Personal and Social Reconciliation & Justice.”

Other productions at this year’s National Arts Festival that also explore the hard- hitting curatorial theme are:

The Baxter Theatre Centre will stage five performances of Born in the RSA during the National Arts Festival, which runs in Grahamstown, in Eastern Cape, from 2 to 12 July. 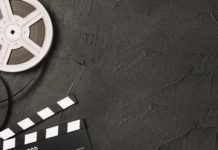